The growth and benefits of calculating carbon footprint

Consumers, legislation, and corporate social responsibility are combining to demand more sustainable and environmentally friendly products with packaging regularly targeted as an area for improving efficiency.

There has previously been a focus on raw materials and waste, but with the onset of global warming and the increasing cost of fuels, energy is now a key aspect when conducting lifecycle analysis. In addition to this, global warming has become a part of the public conscience; and many companies are also being asked for information on their greenhouse gas (GHG) emissions from interested third parties such as clients, investors, and pressure groups.

A carbon footprint usually shows the GHG emissions for which a product or organization is responsible but can also be calculated for events, specific sites, or individuals. For clarity, and as carbon dioxide is the most important greenhouse gas, other GHGs are included with their impact relative to that of CO2 over a 100 year period. The impact from 1 ton of methane, for example, would be equivalent to 21 tons of carbon dioxide. This is why you often find a carbon footprint expressed in terms of CO2e (equivalent).

When calculating a footprint, GHG emissions will fall into one of three areas or scopes. These are based on definitions from the Greenhouse Gas Protocol with the methodology for corporate emissions reporting now covered by international standard ISO 14064.

Scope 1—direct emissions—are those that the company has 'direct' control of, such as gas used for heating or hot water. This should also include emissions from company owned vehicles and other GHGs the company may emit.

Scope 2—imported power/heat/steam—Most organizations use electricity and while some may be produced from renewable sources these days, fossil fuels still supply the major portion. Although the company cannot control the emissions produced off-site, it is still indirectly responsible for the CO2 produced by power stations.

Scope 3—indirect emissions from products and services—the most challenging of the three classifications can include emissions both upstream and downstream of a product or service. A manufacturing company, for example, is indirectly responsible for emissions from transport during the delivery of raw materials and distribution of the finished article. The same company may also look at emissions caused by a product during its useful life and ultimately on disposal. Business related travel and associated CO2 release would also fall into this area. Calculating a footprint can clearly be a complex task, but the level of detail needed will ultimately depend on requirements. A company looking to calculate its own footprint as part of sensible internal energy management may decide on a more basic approach than required for a product, or requested by a third party. It's important that a company clearly identifies boundaries, dictating the terms of the footprint and its overall approach, including any source of GHGs that were not included in calculations. Factors such as shared office space, rented buildings, and ownership or control of the company may also impact who is responsible for emissions and should be incorporated into the boundary conditions. Not only will this provide transparency, so that third parties can see the derivation of the footprint, it will also allow the figure to be updated over time. The footprint should be used as part of an ongoing process to reduce GHG emissions with energy savings being added directly to the profit line.

In Europe, figures for the carbon footprint of products have already started appearing on some major brands such as:

Tesco—recently announced details would be shown on 20 products

Boots pharmacy—provided point of sale information on the carbon footprint of their Botanics shampoo.

Companies looking for a competitive edge are calculating their footprint and also along the way helping mitigate the effects of spiralling fuel costs.

Linden Consulting Partnership is a multi-disciplinary team of environmental consultants specializing in energy and environmental management. The consultancy is located in Essex, England. Phil Kingston welcomes your comments, pkingston@linden-consulting.co.uk. 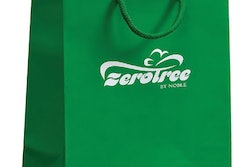 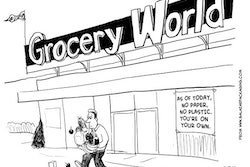