A panel of packaging pros from Pepsi, Colgate, and ACH were asked how they’re tackling today’s challenges. Topping the list was earlier and more robust OEM participation, both in new sustainability projects and in selecting automation to replace labor.

How are CPGs and brands navigating the latest constellation of challenges related to supply chain, sustainability, and workforce? And how can their materials, automation, and machinery partners help them to better deliver to consumers the products they’re demanding in an efficient, safe, and ecologically friendly manner?

Stephanie Neil, Editor-in-Chief of OEM Magazine, set out to find the answers to those questions and more at PMMI’s recent Executive Leadership Conference, held at the end of April. She moderated a panel of heavy hitters: Tony Vandenoever, Director, Supply Chain Engineering, PepsiCo Beverages North America; Tom Heaslip, Colgate-Palmolive (Retired); and Herb Dutra, Head of Engineering and Commercialization, ACH Food Companies, Inc. They talked turkey about their ideas on successful partnerships, operator needs, automation demands, training and field service requirements, and more. Here’s what caught our eye during the panel.

Big CPG companies like Colgate-Palmolive, ACH, and PepsiCo have committed themselves to ambitious sustainability goals that are highly quantified and explicitly stated. Leaving themselves no wiggle-room for fudging numbers, these goals aren’t just aspirational or something to shoot for. They’re company directives with precise targets that will either be met, or unmet. Colgate, for instance, in 2014 set goals of no PVC, 50% recycled material, and 100% recyclable packaging by 2020.

Said Colgate’s Heaslip, “For anything that’s so quantified, in a company like ours, there’s an enormous amount of project management systems tracking [the goals]. It’s something that’s publicly reported. It's something that is CEO-relevant; he knew where we stood in all those numbers every moment of time. So, we had 400 projects just to deliver against those goals. And in 2019, before we had delivered on our 2020 goals, we were already coming up with a 2025 strategy, where we asked how we could build upon that further. … And it's only getting harder, to be honest. All of the easy projects were done in the first few years. What's left are the stragglers that we really don't have technical solutions to.”

That means that for people in packaging roles at CPGs and brands, meeting sustainability goals is an almost Sisyphean task. When one goal is met, another more ambitious one is set. This sends ripples up the supply chain—unless they’re brought in early to solve such problems together, OEMs are forced to reactively innovate to keep up. For instance, Heaslip told the audience of mostly OEMs that he knows Colgate could engineer bottles today that are lighter weight than any current bottling and filling equipment can run. But did OEMs know that if they weren’t involved in the project?

This fact demonstrates that there’s always a lingering potential for disconnect between CPGs and their suppliers. If CPGs are on a journey toward greater sustainability, OEMs—whose equipment is often designed to last decades—needs to be on a journey of their own. In the best case, both will be on the same path at the same time.

Pepsi’s Vandenoever agreed, citing a Pepsi project aimed at light-weighting, caps/closures on PET bottles. When new, lighter weight caps were introduced to existing packaging machinery, the equipment wasn’t gentle enough to handle the ultra-sensitive tamper-evident bands on the caps. The amount of scrap was unacceptable, and the cost of implementing new equipment that could handle the more delicate caps worked against the cost gains the brand was seeing by using less material in a lighter weight cap.

“Our R&D didn’t go to the OEMs that designed and built all of that equipment that’s between full boxes of caps, and the filler and applicator on the line,” he said. “They tested it in their R&D facility, and it was sufficient there. But it wasn’t when we got to the distances and the scale of real production environment. It’s also important to factor in the age of the equipment that’s on production lines, which isn’t always the same as in controlled environments.”

But for CPGs, capital isn’t always available to simply buy new equipment, and there are always downtime and upstream/downstream integration considerations and potential for further bottlenecks. Plus, machinery is intended to have a long life, and big CPGs have massive installed bases of aging, but still useful, legacy equipment. That’s another opportunity for OEMs and CPGs to innovate together, vis a vis aftermarket service and support. When Dutra of ACH is looking to run more sustainable materials on older equipment, he’s leaning on OEMs to help.

“We have to reverse engineer and be creative,” he said. “We have to use some food-grade duct tape.”

This line of discussion prompted Neil to ask the group, “When should the machine builder come into the equation, whether on a new project, or improving an existing one?” “As early as possible,” Vandenoever said.

Heaslip agreed. “Do you get the OEMs in there early? Absolutely. Should the OEMs get their suppliers in early? It can't happen soon enough, because the winners of this game are going to be people who find those technical solutions sooner in order to get to the table first,” he said.

“The current situation with equipment deliveries [long lead times] is just difficult. It's very fluid,” Vandenoever said. “I've had a situation for a couple of projects where we developed the scope, and the cost, and the schedule. And, of course, all the finances are based around that schedule, and when we can deliver the upgrade and the additional capacity. In the short time—call it six to eight weeks—that it takes to approve the project, the delivery time on the equipment blew up to three or four additional months. And now, you've got to go back and reevaluate your finances to see if that still makes sense to implement. Of course, you're stuck. There's just nothing that the OEMs can do, especially European equipment. It’s taking them longer to build it. It’s taking it a lot longer to get it shipped. And it’s very much an unknown.”

For obvious reasons, like physical distance, separation by an ocean in the COVID era of unreliable sea freight, and a war in Ukraine, these lead times are hitting European builders harder. And CPGs like Pepsi understand this, they aren’t blind to it. Communication and transparency become paramount to the relationship.

“We're managing some projects where our suppliers are suffering from supply chain issues, especially the electronics and controls components,” Dutra said. He related an instance where an OEM supplier told him, week after week, “we’re on time.” Only when it came time for the FAT, they weren’t ready, and were in fact way behind. The lack of transparency lead to unmet expectations.

Packaging roles at big CPGs deal with a lot of competing objectives. When you throttle up on one variable or toggle switch, that usually means pulling back on another one, in an equal and opposite direction. Packaging engineers are told to be faster and more efficient, but also to lower costs, which can be mutually exclusive.

“You’ve got to slow down marketing to speed up manufacturing [and vice versa],” Heaslip said. “And we’re stuck in the middle. The trick is how you handle and address it, and explain, telling them, ‘This is what we can do. And this is what we can't do.’ Or more specifically, we need to say, ‘These are some of the sacrifices you would have to make in order to achieve what you’re asking for.’ Often, those sacrifices aren’t ones that the stakeholder or business wants to make.”

But in his experience, line efficiency still is always paramount, and wins in the end. When new products were rolled out, the optimal efficiency wasn’t always there on day-one, “but there would be a glide path toward it,” he said.

When Neil asked if technology was relied on to help increase line efficiency and lower costs, Heaslip replied, “Yes. Because you can't depend on people.”

“Right now, it's becoming harder and harder to find young people, Millennials, who are excited about entering the food industry. I feel there's a lack of awareness out there,” Dutra said. “A lot of people ask me, ‘What do you do for a living?’ I’m an engineer. ‘Where do you work?’ I work in the food industry. ‘Why do they need an engineer? You’re putting water in a bottle.’ Yeah, at 200 bottles per minute.”

For Dutra at ACH, robotics is a big component of trying to eliminate labor in manufacturing since labor isn’t reliable available.

“It's really a priority for us. We have some existing requirements to work around, like a two-year discounted pay back policy for new equipment. I think those policies will be more relaxed to factor in some other intangibles, like we’re not as reliant on people, and we don’t have to depend on people not showing up.”

Pepsi, too, is feeling the workforce pinch. In the last five years or so, the company has been following a conservative business model, in fact, consolidating and closing several facilities. But coming out of the pandemic, leadership recognized the need to be in growth mode, recognizing that there's so much to be sold if it could only produce more. But how could it do so with such a dearth of operators, Neil asked?

“There's a plan in place,” Vandenoever said. “Over the next five to 10 years, I think, we plan to build something like 15 to 20 more packaging lines. But we're taking a different approach.”

Keep in mind, the packaging lines at Pepsi are already very highly automated. With three operators, they're able to run around 750 PET bottles per minute. Currently, three people can also handle 1800 can per minute lines.

“But in our plans that we're developing for the new facilities, or for the new lines, we're actually trying to combine two lines into one. We are able to share the operator stations. Like for blow/fill cap operations, you'd have one operator servicing two of these systems.

“With that layout, you're able to produce nearly 1500 bottles per minute. The same thing is true with labelers. You put the labelers next to each other. One operator runs both. Case packers are the same way. And you design the line so that they're intermingled. Then we’re using AGVs to handle the dunnage, to take it out, to bring raw materials to the lines, to remove finished goods from the lines. That’s the mentality that we're using now to solve through the labor issues that we have in all of our facilities. We just can't throw more people at them. We can't get them. So we’ve started looking at these lines, making them integrated and sharing operators to get full utilization of everyone we can.” PW 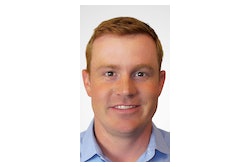 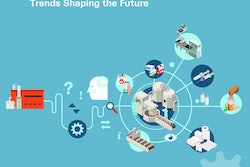 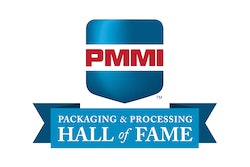 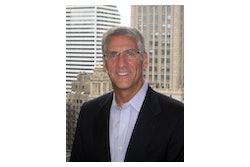