Dr. Peter Marks: “One thing we definitely learned does not work: you can't keep cold capacity. If you have a facility that's completely cold… then you want to try to bring it up to manufacture vaccines, it just doesn't work well.”

Marking its in-person return after three years, the 31st  PDA/FDA Joint Regulatory Conference in Washington D.C. opened with perspective from FDA on COVID-19 challenges, key learnings, and best practices coming out of the pandemic. To illustrate progress, many products that moved forward through emergency use authorizations (EUAs) are now maturing into full drug applications including biologics license applications (BLAs).

“We may be a little bit slower to emerge because we're still under the weight of a fair amount of COVID-19 work,” said Dr. Peter Marks, MD, PhD, director, CBER, FDA. “Despite the fact that things are getting a bit more back to normal right now for everyone, we very much have to keep in the back of our minds that we still have this threat of recurrence or of further evolution of this in the background.”

One major challenge Marks highlighted was the issue of facilitating an adequate amount of quality manufacturing capacity. “That became very apparent within several months of the beginning of the pandemic. We've also had to deal with the issue of early access to medical products and the natural tension that occurs when you have an unmet medical need, and want to get things to people in need, and yet still have to offer assurance that they are safe and that they work,” he explained. The agency is also focusing on optimizing operations with a partially remote workforce.

Traditionally vaccine development is a highly de-risked process—it proceeds from stage to stage via the traditional phases of development, 1, 2, and 3. Often, the manufacturing scale-up doesn't occur until late in the process. It’s not worth it to develop capacity before it’s clear the candidate will actually become a commercial entity.

But during a pandemic when a vaccine is badly needed, companies might want to take risks in terms of scaling up manufacturing earlier, as happened at the outset of COVID-19 with Operation Warp Speed. Clinical trials were essentially condensed and as soon as there was clear demonstration of immunogenicity and some degree of safety from these vaccines, manufacturing scale-up started—and not just scale-up, but production of tens of millions of doses.

“There were also a lot of bottlenecks that were countered, not just in vaccine manufacturing but throughout the industry. I know because for a period towards the beginning of the pandemic for about the first six to nine months, I was involved in trying to help direct some of the traffic of plastic wear, etc.,” said Marks. There were cases where companies were running out pipette tips which had the potential to affect blood supply by hamstringing blood testing, and 500-liter bioreactor bags were also under threat. “We started to have issues with raw materials… disposable supplies particularly. We didn't have enough bioreactor capacity. And not only did we not have enough bioreactor capacity, but we didn't have enough people who knew how to run those bioreactors in a quality manner to be able to bring things up to capacity. We certainly didn't have enough fill/finish capacity. [We realized] we're going to have all these doses of vaccines and we don't have enough vials to put them in and we don't have enough facilities to put them in vials.”

Hundreds of millions of doses of vaccine were administered under EUAs, and now at least two of the vaccines have shifted into BLAs for adults. “EUA has given us flexibility, adaptability, and agility. That agility is not something to be underestimated,” Marks said.

He highlighted that, typically, if a labeling change is needed, negotiations can go on and on. For emergency authorization, the negotiations consist of about 24 to 48 hours of back-and-forth with the sponsor, then fact sheets are updated online. It’s quite a different story with EUAs, and the process allows FDA to take emerging data into account very quickly.

Next Marks offered a quiz, asking attendees, “What was the rate limiting step to COVID-19 vaccine development?” Choices included:

A.   Preclinical candidate development and testing

C.    Process development and scale up of manufacturing

He noted that while many might assume regulatory pathways, it was actually C. “It was remarkable how many issues we kept coming into with manufacturing. What was really driven home to me during this pandemic is that manufacturing needs a fresh look around. I won't speak for other countries. But at least in the United States, we’re doing certain things the way we did them 50 or 60 years ago and not taking advantage of technology today where one can have real-time controls, real-time sensors, and process analytics that can lead to incredibly rapid process improvement, particularly with supercomputing. So, this was kind of an eye-opener.”

He said advanced manufacturing was already on the industry’s mind prior to the pandemic, and it’s already in use for small molecule drugs, but it’s receiving refreshed attention particularly as it could be applied to biologics. Advanced manufacturing may be particularly attractive for vaccines and some cell and gene-based products (also referred to as ATMPs), in part because of its ability to be scaled up or down with needs whether continuous or semi-continuous. “One thing we definitely learned does not work: you can't keep cold capacity. If you have a facility that's completely cold, that's supposed to manufacture vaccines, and then you want to try to bring it up to manufacture vaccines, it just doesn't work well.”

Another benefit to continuous manufacturing processes or advanced manufacturing is that they can be built as pre-formed or pre-made facilities in a small footprint. “And the nice thing about that is then you can ship those where they're needed. They go together like Lego bricks,” explained Marks. “This may be something we see in the future. In a pandemic situation it could be helpful particularly because you can imagine this capacity being built in one place and then shipped around to others. So, looking forward, we'll hopefully see more implementation of advanced manufacturing.”

Marks noted we're also likely to see best practices for communication with sponsors that came out of the pandemic. While manufacturing at risk played a role in the vaccine rollout’s success, he said even more important in getting vaccines through clinical trials and into people's arms was the fact that FDA broke down the traditional communications technologies. “We broke down type ABCD meetings, and we became the dry cleaners of regulatory advice. That is, people brought their questions in at 9:00 AM and we answered them by 5:00 or 6:00 PM. All kidding aside, it actually was like that,” he explained. “We started to answer questions in real-time. It might not have always been the same day, but when issues came up with either the manufacturing process or the clinical development plan or any other piece of this, we stopped worrying about traditional timelines for meetings and just got the job done. And those informal interactions really sped up development.

FDA also found ways of expediting our guidance development and release. "It can often take us years to get out guidance, but during the pandemic we got out guidances within two weeks and sometimes even less," Marks explained. "The reason was because we actually changed how we thought about guidance. Rather than trying to reach perfection, we realized that we could get out the guidance, and if we needed to amend it later, we could do that. We also realized that sometimes getting out something that's good is better than waiting to get out something that's perfect that isn't actually relevant when you get it out. So that was another piece of this.”

The practice was already done tacitly in many cases, he pointed out. But he advocated that this harmonization should be done more outright. “I think we really need to think about this, because again, it helps sponsors because every time somebody has to sit there and reformat something just for different formatting, that's potentially a waste of energy that could be focused on something else. And on the regulatory side, for smaller [agencies] to have to go through the effort to try to review these large applications also didn’t make sense,” Marks said.

Learnings from the COVID-19 response may ultimately facilitate advances in development and production of medical products. That is, “if we realize that we need to take a look at our manufacturing processes and freshen them up, and start to move them into 21st century technologies. Think about what real-time controls, what advanced analytics can bring to manufacturing processes… that we at FDA can start to think about how we can leverage technologies that really are platforms in order to expedite our regulatory review,” concluded Marks. “And then how we, as a global community, can start to help each other [stop] doing rework as much as we tend to do it and instead concentrate on added value.” 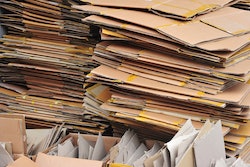 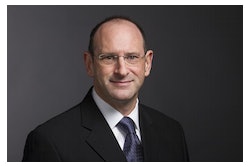 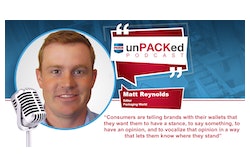