Research at the University of Florida on a productivity-tracking system for manual case packing is receiving an RFID-enabled boost using a multifunctional device. 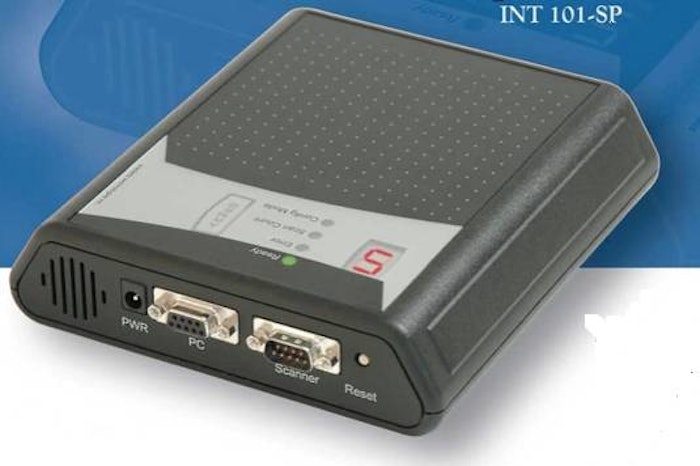 RFID Antenna exclusive: As Packaging World reported in July 2004, UF juiced for R&D, the University of Florida has been involved in a number of research and development efforts. One is GatorPacker, which tracks individual packer productivity in a vegetable and fruit-packing environment.

Initially, GatorPacker involved two separate bar codes affixed to the sides of a case. One identifies the product being packed. The other, a bar-coded label affixed by the worker, identifies the individual who packed it.

A recent improvement, funded by a fruit and vegetable packing operation, used cases with the product ID bar code already printed on them.

Now the research is turning to RFID technology via the RFID Multiport Companion from Intelletto Technologies, a dual-functional RFID reader that also accepts bar-code data input.

“Enhancing GatorPacker with RFID capability so that packer productivity can be improved and exceptional packers can be identified and rewarded is the primary goal of this joint effort,” says Bruce Welt, Ph.D, UF’s assistant professor of Packaging Science. “The RFID Multiport Companion can eliminate the [pressure-sensitive] bar-coded labels, which stick to the gloves of the packers and generate waste from the liner that must be collected and discarded. The RFID Multiport is a very promising solution for this purpose.”

The GatorPacker has been used by a packing company on one of its three production lines, Welt reports. That particular line involves 30 to 60 workers.

The device measures 6.75’’x6.25’’x1.65’’ and offers two serial interfaces. The device can read the contents of the bar code and compare it to the content of the RFID tag. The operator is notified of the verification result visually and audibly. Data from a bar-code scanner or RFID reader is transmitted the serial port. It can also write a custom time-date stamp to the RFID tag.

This is the first and thus far only packaging application for Intelletto’s product, Namazi reports, which was designed for point-of-sale applications. For example, in the event an RFID tag wasn’t working, the device would permit the check-out person to obtain the proper product data by scanning the bar code.

“We have received a lot of curiosity and solid interest in the technology,” says Namazi. “People are trying to get an idea of what the product can do and how it can be used. We are negotiating with many interested parties.”

Welt says he came across the Intelletto technology via an Internet search and recognized immediately its usefulness for GatorPacker.

Set up at UF’s lab

A pilot line has permitted Welt to confirm that the concept works in prototype form.

UF’s Welt is also anticipating shifting the project into higher gear in summer 2005 after the release of Intelletto’s next generation Multiport reader. It would use 915 MHz frequency, which matches the Wal-Mart requirement, and would improve the RFID reader’s capability. The device now operates using 13.56 MHz frequency, which restricts the read range, according to Welt. Corrugated containers on the line at the UF pilot facility are currently affixed with an envelope that adheres to the case side. A laminated RFID tag is placed in the envelope so that it passes close by and is properly oriented for the Intelletto reader, Welt explains. This arrangement addresses the short read-range constraints.

Live trials will involve reusable plastic containers (RPC), Welt says. The RFID tags that identify the product will be held in tabs molded into the side of the RPC.

“I expect that workers [in the field] could then simply toss their RFID tag on top of a loaded case they’ve packed,” Welt says. He anticipates that product and worker RFID tags to be collected prior to palletization for reprogramming and reuse.

Welt says UF has provided Intelletto “quite a bit of input” as to what would be desirable in the features of a next generation 915 MHz multifunctional RFID device. In mid-January, he told RFID Antenna that he expects to move to the higher read-range capability of UHF shortly.