Mike and Ikes Bounce Back via Social Media

In recent years, Just Born, maker of PEEPS®, HOT TAMALES®, and of course, MIKE AND IKE® brand candies, resurrected the venerable but stagnant Mike and Ike brand with a clever social media campaign. The media push pitted fictional Mike against fictional Ike in an equally fictional falling out. The idea was to mimic classic musical duo splits, citing “artistic differences” with all the mock sanctimony they could muster. They broadcast these feigned dramatics over social media channels to reach a young audience that didn’t previously have Mike and Ike on its radar. It was so successful that the company soon needed to further automate its Mike and Ike and similarly packaged Hot Tamales lines.

Mike and Ike and Hot Tamales primary package is a 5-oz rectangular printed chipboard carton commonly called a theater box, available nationally in all retail channels. Another key pack-type for the brands is a smaller .78-oz printed chipboard carton referred to as ‘changemakers’ since they are pre-priced at 25 cents on the small box. These die-cut cartons had long been erected out of a magazine, filled, and sealed by cartoners at high speeds. With increase in the products’ popularity, Just Born engineers needed downstream equipment to match speeds of up to 600 boxes per minute, and new to the mix, they were hoping to pack the .78-oz. cartons into 24-count retail-ready cartons.

Shopping for piecemeal solutions, they discovered a single machine system from Aagard that could do it all, from collating to retail ready-case packing, to packing the retail-ready cartons into corrugated cases, to palletizing.

The custom Aagard machine also integrates waxjet printing from Markem Imaje, many integrated operations that typically get put on the line later, and all the communication signals, 30 different safety zones, operated under a single Rockwell PLC control.

“[The .78-oz Mike and Ikes] are small, inexpensive products. If you want to sell something for 25 cents and make a profit, you need to make a lot of them,” Copeland says. “So these little ‘change makers’ come down the line and are filled by a Tishma machine at 600 boxes per minute. They are weighed and metal detected, at speed, before entering the Aagard. The machine takes those 600 individual cartons, at 600 per minute, and puts 24 into a retail-ready carton, then collates 16 retail-ready cases into a corrugated shipping case.”

The math works out to 384 individual cartons per shipper, so that roughly two case-per-minute clip sounds manageable, but palletizing takes place within the same machine, with no accumulation. That demonstrates the real driver in going with a single secondary packaging to end-of-line solution: savings in floor space by eliminating buffer zones and conveyance, while going to a single PLC control for everything from secondary packaging down to palletizing. 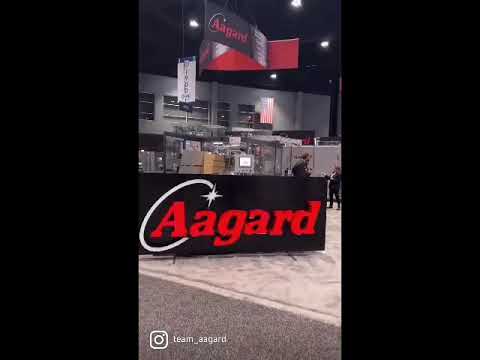 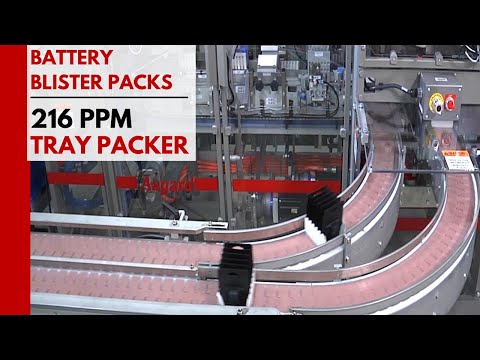 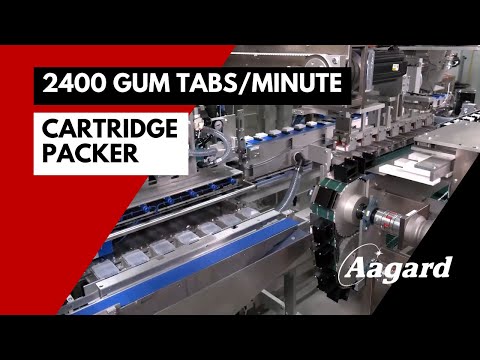 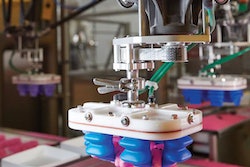 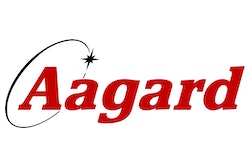