A start-up company in Toledo had just ordered an automatic multi-packer for its alcoholic gelatins. Then it had to change its pack.

It seemed like a natural. And for a while, it was a runaway hit novelty in the alcoholic drink market. Then, packaging for Zippershots from BPNC of Toledo came under criticism and attack, nearly forcing the company out of business.

Business was great a year ago for two young entrepreneurs who had developed a commercial product for what had previously been made at home: gelatin shots. It had a plastic cup and foil lidstock and it sold four varieties in eight-count paperboard multipacks. Sales were so strong that the company ordered a custom multipacking machine from MeadWestvaco Packaging Systems that would automatically pack the cups into the multipacks that resembled the packages used for yogurt, applesauce, and pudding. But that paperboard wrap became the problem.

Once the company and its products started to generate what it thought was positive publicity, that exposure also created a firestorm of protest from children’s advocates and the wife of the Ohio governor. It even led to raids on its plant and offices by the Ohio agency that regulates that state’s liquor producers. In fact, BPNC’s Web site has a complete section devoted to “court records.”

The criticism was directed almost exclusively to the product’s paperboard multipack. At the time, Zippers were packed by a contract packager lid to lid in an eight-pack with four of the cups visible through die cuts. Critics charged that this looked too much like the packaging commonly used for applesauce cups and other kid-oriented products. The bright pastel colors used on the package and the color of the product seen through the cup added to the impression that this was a package geared to children.

However, despite the color issue, the package was printed to include all the appropriate liquor warnings and proof copy, and it was exclusively sold only through liquor stores or spirits’ departments. The entrepreneurs tried to negotiate with the critics, but the issue escalated when the company applied for licensing to operate its own facility to pack its products. That’s when Ohio liquor agents raided the plant and offices last June, confiscating files and packaging materials. Meanwhile, the multipacker was being built.

Nick Costanzo, the “NC” in the company name, who has the production/engineering expertise in the company, was somewhat familiar with packaging equipment. He and his partner first worked with a contract packager in Cleveland that hand-packed the cups into the multipack sleeves that were being supplied by MeadWestvaco.

“With our volumes really growing, we went to them to custom-design a multipacking machine for us. That was a big investment for us, since the 30-foot-long machine costs hundreds of thousands of dollars,” he recalls. “It was designed to produce our horizontal eight-pack with four of the cups showing. At this point, our volumes had outgrown the capacity of the contract packager, so we decided to bring our production in-house.”

Along with getting its plant ready for production, the small company decided to invest in having the machine painted in the same bright colors that it used in packaging. The goal then was to make it a focal point of its production floor when it brought customers in. Unfortunately, the plant’s only visitors then were from the Ohio liquor commission.

By last September, the machine was built, and the company decided to shift production of its product to A. Smith Bowman, a distillery and contract packager where the machine was delivered. While BPNC was struggling to stay afloat by cutting staff from 18 to five, it was developing alternative packaging and passing those designs through MeadWestvaco engineers.

“We got the plant up and running quickly so we could continue shipping to fill orders, including a large order shipped to England,” Costanzo says. “A. Smith Bowman actually helped us through our tough period, and it continues to do the packaging today. The plant operates our four filling machines that feed cups to the multipacking machine.”

In December, MeadWestvaco engineers were back at the distillery, installing change parts permitting the machine to produce the full-wrap package. And the refinements were built and installed for just $35ꯠ, which Costanzo calls “amazing.”

“Actually, the difference in the package is really quite minimal,” says David Daniels, MeadWestvaco project manager. “What we did have to change was an overhead boom section that controlled the top layer of cups. We had been using lugs shaped to grab the four cups sitting on top. And, naturally, there were some flap-folding changes, too.”

Fortunately, Daniels says, the original cluster-pack machine design, known as an Evotech, wraps from the top and glues on the bottom. “Registration of the carton, product and the glue guns are still identical on the bottom,” he says.

Before, the machine was creating what the company calls a Yogopack-style package where half the cups show through die cuts, and in BPNC’s machine that was the top row of cups. Usually, a Yogopack machine wraps from the bottom, and Daniels isn’t sure that type of machine could have been converted. Certainly not so easily or inexpensively.

When the change to the new package was made, BPNC began using an improved paperboard. “The new full wrap uses our 18-point Coated Natural Kraft™ instead of an 18-point solid-bleached-sulphate they had been using before,” says Aaron Bates of MeadWestvaco’s carton design group.

“The CNK material also has a wet-strength additive so that it will hold up in moist environments like cold boxes. It really helps prevent tearing of the material when it’s exposed to high moisture.” Plus, Bates says, CNK board tends to be less costly than SBS. The new package is printed offset at MeadWestvaco’s Lanett, AL, plant in six colors.

The graphics for the new pack were designed by Michelle Hoch-Henningsen, an independent graphics consultant. “Obviously, we wanted to take a bit more sophisticated approach,” she says. “I wanted it to be both fun and yet appeal to the young adult market.

“With a name like Zippers, you pretty much work off that name, giving it more strength. I think BPNC has gone above and beyond what they needed to do to silence the critics. But I also think the new package is more fun and targeted to brand awareness.”

“As of January, we started to bring back our employees,” Costanzo says. “Now our sales are getting to get back to where they should be. We introduced the new packaging at a major industry show in Las Vegas in March. Retailers realized that the new packaging will allow them to display the Zippers in the normal ‘bottle’ fashion.” The company also unveiled at the show four new “cocktail” products in similar packaging that will be launched in May.

On the legal front, the small company hired new attorneys and is now suing the state of Ohio and its first lady. This came after a grand jury evaluated the evidence presented by the state and elected not to bring any charges against BPNC.

Still, the company is grateful that MeadWestvaco decided to take a chance on it. “For a large corporation, this business would be considered a bit of a risk,” admits Dave Hobbs, MeadWestvaco Packaging Systems’ national sales director. “After conducting a business evaluation on BPNC, we believed in the product and in the individuals that formed and financed the company.

“And we’re especially glad that we could come to an agreement on the redesign of the package and the machine,” Hobbs concludes. 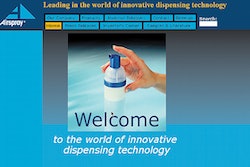 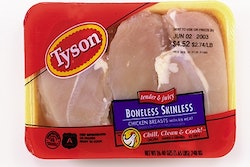