From oven to packaging with 5,000 biscuits a minute

Cavanna SpA, has taken an important step forward in the Japanese market! Cavanna was selected to supply the transport system and packaging line for one of the largest biscuits producers of Japan. The order includes 4 production lines for a total capacity of more than 5000 biscuits/min.

“With Schneider Electric as global supplier for the control movement we have been able to reach performances higher than our competitors at a reasonable cost, with unquestionable advan- tages in terms of time reduction for the testing and commissioning of our lines” states Valerio Travaini, responsible for the software develop- ment of the robotics division in Cavanna. “Up to the date, an ever increasing number of custom- ers want to include in their machines specifications the PacDrive integrated control systems.” This confirms not only the effectiveness of the product itself but also Schneider Electric’s capa- bility to supply complete solutions for the pack- aging world everywhere in the world!
One of the four lines uses two robotic cells. Each cell is comprised of eight delta style kinematic robots, each robot working at a speed of 90 cycles/min. The whole equipment was built using Schneider components.
Inside the control cabinets there are Phaseo power supply devices and 12” wide touch panel series Magelis with high visibility screen. The product transport lines are equipped with AC motors and driven by Altivar frequency inverters. Where precise motion control is a must, like on the robots and on the packaging machines, the PacDrive iSH system, dynamic brushless motors with integrated servo drives, are used.

The choice to implement motors with inte- grated drives has allowed Cavanna to notably reduce the wiring time for the control cabinets. Cavanna realized additional benefits in reduced time to run the cabling through the machine, re- duced cabinet space requirements and in simpli- fied testing its wrapping lines. For example, in a medium size line, all the electrical components are placed in a control cabinet installed inside the machine. No traditional control cabinet is used and therefore less cableways are required. And both the Cavanna and their customers ben- efit from the smaller machine footprint.
The software is modular making it easier to implement. The PacDrive software libraries further simplify code generation, especially for the robots, where the control algorithms can be complex. The libraries provide pre-tested func- tion blocks taking the heavy code generation out of engineers’ hands and frees them up to focus on machine functionality. With these libraries, it is possible to develop simplified programs which are modular and easy to expand.

The function blocks used to drive the picker robots have some unique functions. The acceler- ation control function allows engineers to control the acceleration and resulting g-forces at the ro- bot’s end effector, as opposed to controlling the acceleration of each individual motor. This im- proves the control of the product and minimizes the issues like dropped products. 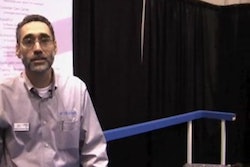 Embedded programming means no need for a separate robot controller