Qimarox introduces the Prorunner mk10 modular pallet lift for pallets up to 2000 kg. It can transport up to 60 pallets/hr.

The Prorunner mk10 features four columns, allowing it to easily transport pallets weighing up to 2000 kg.

It can easily bridge any difference in height between 0.40 and 10 ft, even at the maximum height difference of 10 ft. The Prorunner mk10 is equipped with a lifting platform of 1200 x 1200 mm as standard that can be fitted with a pallet track, so that it can handle not only euro pallets, but also product carriers of different sizes such as block pallets.

The Prorunner mk10 can be used stand-alone or in combination with Qimarox’s Highrunner mk7 palletizer.

Due to its four-column construction, pallets can be fed in and out on four different sides. It is also possible to use a single machine to supply multiple infeed or outfeed levels, so that the lift can also be used for, for example, vertical sorting. Because the lift is constructed out of standard sections, its height can be increased in 250 mm increments. The drive consists of a standard SEW electric motor, which can be attached at floor level or at the level of the intermediate floor, depending on your needs.

The Prorunner mk10 provides a short payback time and low total cost of ownership. The lift is built exclusively from standard components that are easy to replace. The Prorunner mk10 is constructed using steel instead of aluminum columns, which ensures great stability despite the dynamic forces that occur during operation. Lifting in the Prorunner mk10 is done with steel chains, which are tensioned by a counterweight.
Fill out the form below to request more information about Modular Pallet Lift
Related Stories 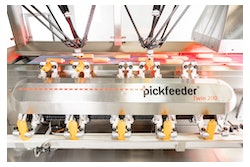 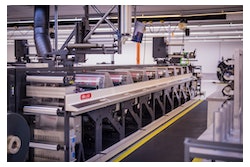 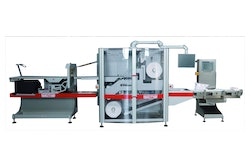