Sometimes the best 'person' for the job is a robot, especially when the job is hefting 80-lb of cement.

Package Pavement is all about concrete results.

The company, a licensee of Quikrete® brand concrete and related products, operates several facilities, including a plant in Stormville, NY, that was visited by Packaging World staff. The plant produces 30,000 to 35,000 bags daily of Portland cement-type products using a workforce of about 40 humans and exactly two robots. The pair of robots from Taylor Products (www.taylorproducts.com), a division of Magnum Systems, was installed in fall 2007 in Package Pavement’s bag-filling operations. The two Model TRV1000 robotic valve bag placers are mounted directly in front of a dual-head valve-bag filler. The base system is a six-axis Model 6i robot from Fanuc Robotics (www.fanucrobotics.com). Taylor is a Fanuc integrator for packaging-related installations. Taylor also provides the custom-made end effectors, which were switched out for an improved version about a year after the install.

The robots represented a continuation of ongoing enhancements, according to Robinson, who has been pleased by the improvements resulting from the addition of the robots.

“The improvements were done for consistency and to eliminate an operator in the manual labor area,” he says. “We’ve taken some of the labor out of a redundant position, but the operator’s still there. We hadn’t found any other device that would fit our bagging process as well as these robots.”

According to Robinson, the robots represent a strategic plan for continual, nonstop shifting, with no breaks required for ergonomic reasons, and they remove people from repetitive-motion tasks. He explains that the operator is no longer hoisting bags into position on the concrete filler and removing filled bags, but can focus on monitoring the process and replenishing the bags. And, he adds wryly, “the robots don’t complain.”

Bag sizes change depending on the product, yielding a fill weight of 60 to 80 lb. Robinson says the robots can also handle plastic bags, though currently double-wall kraft paper is the only material used. Robinson was assessing bag samples, and therefore could not identify the suppliers; he has five domestic bag vendors and is looking for an overseas supplier.

The robots are fed by two parallel conveyors—one per robot—that are manually loaded with stacks of empty bags into piles of 10 to 15 bags. The bags are fed from a pallet load positioned at the other end of the 12-ft infeed conveyors, which are located on the robot-level mezzanine. At the other end, on one side of the parallel conveyors is the fill station with the robots, and on the other side of the conveyors is the control panel and operator station. Each conveyor indexes forward to place a stack into a pickup position near the robots.

“The operator’s job is to keep the magazine full of bags and to monitor the robots,” says Robinson. “He can also watch the palletizer from his position near the control panel.”

The robots are mounted on a common frame directly in front of the filler, which is an older, twin-tube-style pneumatic system, also from Taylor. Working in alternating sequence, a robot picks a bag from the conveyor, opens the valve, and places the bag onto the spout of the filler, after which the packer is activated to fill the bag. The vacuum for the end effector’s suction cups—one small round cup, and one larger rectangular pad—is generated using an air eductor venturi pump. The valve bags are self-sealing, so after they are filled and drop to the takeaway conveyor, the valve closes on its own.

Bags are filled by weight using a load cell. Robinson says the fill accuracy for the bags is 0.5%. The operation is run daily on one shift.

The robots are controlled through a PanelView Plus 1000 interface from Rockwell Automation (www.rockwellautomation.com) that was installed by Package Pavement personnel. All the programming for the robots was done by Taylor, Robinson notes.

About 65 different products are produced and packaged at the plant, and about eight of those are packed by this robotic system. A changeover involves selecting a different code on the interface panel and switching one set of bags for another. “That’s it,” says Robinson. “The changeover time is minimal, just a few minutes.”

This was Robinson’s first experience with purchasing robots. He says the Fanuc Model 6i robot has been used in the automotive industry for years, which helped give him confidence for this application.

Since the upgrade to the new end effectors, the robots’ uptime has climbed to around 85%. “The robots have been pretty good,” says Robinson, “which is a night-and-day difference from before.”

Those are the kind of concrete results that should satisfy almost any manager. 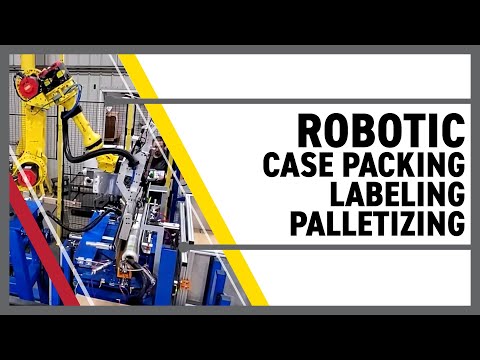 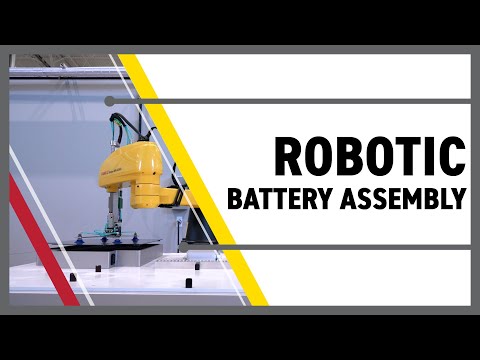 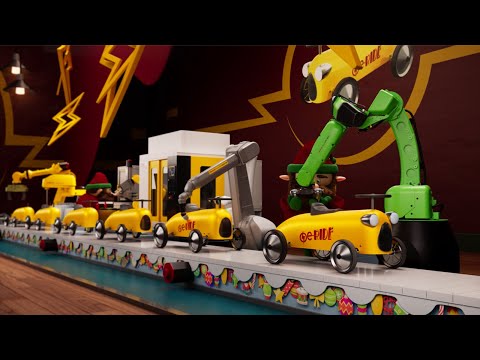