The unit also measures leak detection, seal strength and one-way degassing valve performance with the new Valve Test Unit (VTU), and provides an accurate and repeatable way to test performance including quantifying opening, and sealing pressure levels.  The VTU is capable of measuring to tenths of a pound per square inch.

Because five different tests are combined into one unit, the MultiCheck 425 system significantly impacts time, labor and samples needed to conduct individual testing.  A single package cycles through all of the tests on one unit.  First the O2 and CO2 headspace analysis, followed by the pressure decay leak test, then a seal-strength burst test and finally the valve test, which tests both the leak and the seal strength of the valve.

In addition to the new valve tester, the MultiCheck 425 is based on the combination of two separate MOCON technologies—its Lippke 4500 (leak detection/seal strength) and its hand-held Pac Check 325, O2/CO2 headspace analyzer.

The MultiCheck 425 unit is most suited for flexible packages with degassing valves.  Applications include: coffee, pet food, agricultural chemicals, resins, medical and other packages that require pressure relief.  In addition to being integrated into the MultiCheck 425, the VTU is also available as an accessory to the Lippke 4500, for those operations which only wish to conduct valve testing. 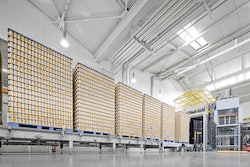 One can line begets another 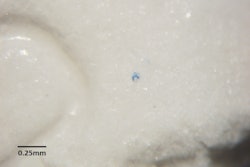 Microanalysis of packaging ink points to problem in manufacturing process 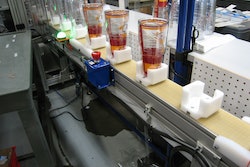