The filter receiver of the Pneumati-Con® vacuum dilute-phase pneumatic conveying system is mounted on load cells, enabling the system controller to weigh incoming material at high rates, and then at steady dribble-feed rates, stopping the flow once an accurate batch weight has been reached.  Pressing a "fill" button on the control panel actuates a bag inflation blower on the Twin-Centerpost™ bulk bag filler to remove creases in the bag, and opens a slide gate valve at the outlet of the filter receiver, allowing the weighed batch to gravity discharge into the bag at high rates, as a vibratory deck densifies the material to stabilize the bag.  A secondary set of load cells mounted beneath the bulk bag filler allows the system to confirm the final weight of the filled bulk bag.

A port within the discharge spout vents displaced air and dust to a remote bag house.  The controller then releases the bag straps and deflates the spout seal, allowing the operator to tie-off the spout and remove the filled bag.

Connecting an empty bag consists of attaching the bag straps, pulling the spout over the inflatable collar, and pushing a spout inflator button.  While filled bags are being removed and empty bags attached, a subsequent batch is being conveyed to the filter receiver and weighed, ready for another fill cycle. 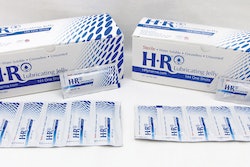 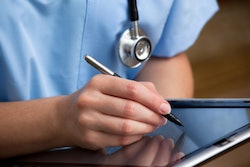 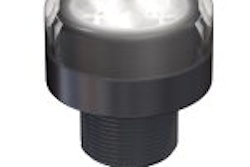