Chris Rippee is promoted from Vice President of Operations to guide the Triple/S Dynamics to the next level.

Triple/S Dynamics is pleased to announce the appointment of Chris Rippee as the new President, succeeding Jeff Sullivan. Mr. Rippee will officially move into the office September 14.

Rippee holds a BSME from the Missouri University of Science and Technology. He began his career as a Design Engineer and progressed up through management roles to his most recent position of Vice President of Operations. Rippee has an extensive background in operational and manufacturing optimization, including training and implementing Kaizen principles of Lean Manufacturing and 360 Process Improvement.

“Chris brings a broad range of talent to the table for Triple/S, and going forward, the future of the Company, the employees, the equipment, and the customers, will all benefit from Chris stepping into this position,” says Ned Thompson, chairman of KMC Global.

This appointment brings to a close the Sullivan family’s management/ownership of Triple/S Dynamics. James F. Sullivan, Jay Sullivan, and Jeff Sullivan have all contributed greatly to the success of Triple/S Dynamics over their fifty-plus years of ownership and management. Their legacy of equipment design lives on with the new President. “I am honored to take the reins of Triple/S and their long history of innovative engineering solutions, great products and quality manufacturing,” says Rippee. “The groundwork has been laid for us to take the company to the next level.”

Triple/S Dynamics is a leading manufacturer of equipment for the process industries, including the Slipstick Horizontal Motion Conveyor and the Texas Shaker Vibrating Screen, since 1888. Triple/S Dynamics is part of the KMC Global group of companies. 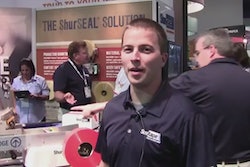 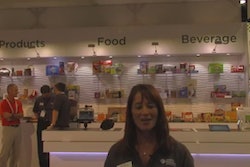