Who knew that a very popular breakfast item served at Starbucks would show up at one of the booths occupied by an exhibitor at PACK EXPO International 2018? 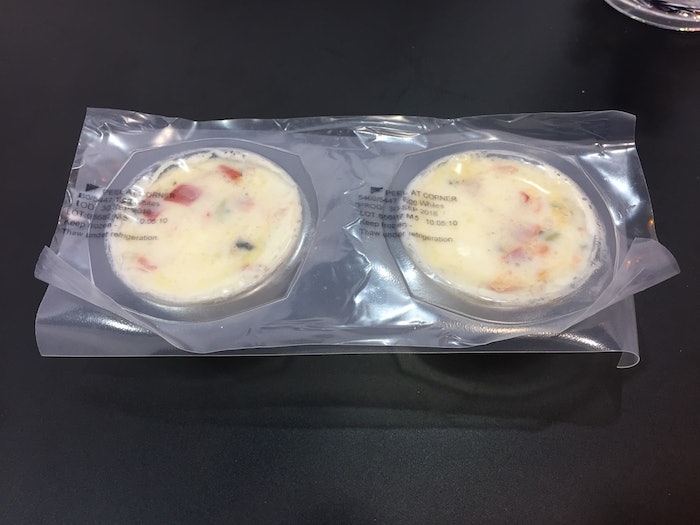 Wildly popular at Starbucks these days is what’s called sous vide egg bites, which were among the innovative packages shown at the booth of Teinnovations LLC. It might be described as a packaged-then-cooked mini omelette that is reheated in the Starbucks store for a minute or two before being served to convenience-hungry consumers. Behind the scenes is a pretty sophisticated packaging system, some of which is considered proprietary, including the name of the contract manufacturer where the packaging and sous vide cooking is done. Sous vide, of course, is a process of cooking in a hot water bath. In this case the process goes something like this.

Individual cups are thermoformed from an 11-layer cast coextrusion including nylon and EVOH. This forming web is produced by Advanced Barrier Extrusions, and Teinnovations assisted in its development. Liquid egg is deposited into the formed cups and an 11-layer lidding material--also made by ABX and also including nylon and EVOH--is heat sealed to the cups. Next is sous vide cooking, then freezing. Once in the store, the cups are slacked off and kept refrigerated until it’s time to reheat them for a minute or two, a process which gives them an appealing, warm, and toasty appearance. For one food critic’s take on sous vide egg bites, go here: https://www.sheknows.com/food-and-recipes/articles/1131140/starbucks-sous-vide-egg-bites