The global machine vision market is expected to reach US$19.22 billion by 2025, according to a new report by Grand View Research, Inc. The ability of machine vision systems to process a large amount of information in a fraction of seconds is a major factor driving the market growth. The quick processing ability of machine vision systems is paving the way for manufacturers to achieve new milestones in manufacturing products with negligible defects. Moreover, the increasing adoption of robots across industrial sectors is leading toward the application of vision-guided robotic systems.

Industrial verticals, such as automotive, pharmaceutical, packaging, and food and beverage, are prominent sectors where robotic systems are used, eventually fueling the demand for machine vision systems.

The machine vision technology encompasses various components in order to capture images of products to analyze them depending on different parameters of quality and safety. The technology is a combination of software and hardware that provides operational control to devices to execute functions such as capturing and processing of images and measuring various characteristics required for decision making. Major components of the system comprise lighting, lens, image sensors, vision processing, and communication devices. Machine vision systems assist in resolving complicated industrial tasks with reliability.

Industrial machine vision systems are usually more robust and demand high reliability, stability, and accuracy as compared to those used in institutional or educational applications. They cost lesser than systems used in military, aerospace, defense, and government applications. These factors are expected to lead to a greater adaptability of the technology in industrial sectors. In addition, the robotic vision systems used across the industries are also leading to the increasing adoption of the technology, thereby strengthening the overall market.

The technology has proven to be of key importance in the area of manufacturing and quality control, owing to the increasing need for quality inspection and production. In addition, the growing automation in industrial segments is also facilitating the growth of the market worldwide at a considerable rate.

The technology has been witnessing extensive developments and innovative upgrades since its emergence. Several factors, such as the growing inception of the technology and increasing need for quality products, are influencing the market growth.

Furthermore, machine vision systems are gaining traction in the medical and healthcare applications at a considerable pace. The analysis of medical images and robotic applications for carrying various medical activities are the key roles of the technology in these sectors.

The Asia Pacific region contributed to the largest market share in 2015, which can be attributed to ample opportunities offered on account of large manufacturing practices carried out in the region. Countries such as China, Japan, South Korea, and India are considered to be potential markets for upcoming technologies, including machine vision. The region's industrial expansion has been contributing to the prosperity and development of various innovations and the adoption of different technologies significantly.

Factors such as increasing focus on developments and expenditures in vision-related research activities, along with the growing manufacturing base in the region are expected to spur the technology market growth in Asia Pacific, in turn boosting the overall market at a notable pace. The market is anticipated to exhibit the fastest growth of 10.4% over the forecast period.

The industry is facing challenges due to lack of awareness among users about the rapidly advancing machine vision technology. Moreover, the complexity of integrating machine vision systems are the major difficulties being faced by manufacturers, which is also restraining the smoother growth of the industry.

Additional report findings include the following:

• The PC-based system segment accounted for the largest market size in 2016 and is estimated to generateUS$10.48 billionby 2025.

• The identification application segment is anticipated to exhibit the fastest growth rate over the forecast period followed by positioning and guidance applications.

• The European machine vision market is estimated to attain US$4.47 billion by 2025.

• The industry is expected to witness a substantial growth in theAsia Pacificregion over the next decade. This growth is witnessed in the wake of ample opportunities offered due to the presence of large manufacturing hubs in prominent countries (across the food and packaging, automotive, pharmaceutical, industrial, and consumer electronic sectors) such asChinaandJapan. The regional market is expected to grow at a CAGR of 10.4% from 2017 to 2025. 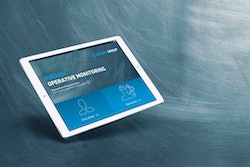 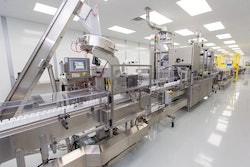 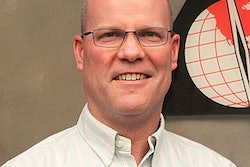