A common solution to opening clamshells

Here's a secret weapon against hard-to-open clamshell packaging that you may already have. 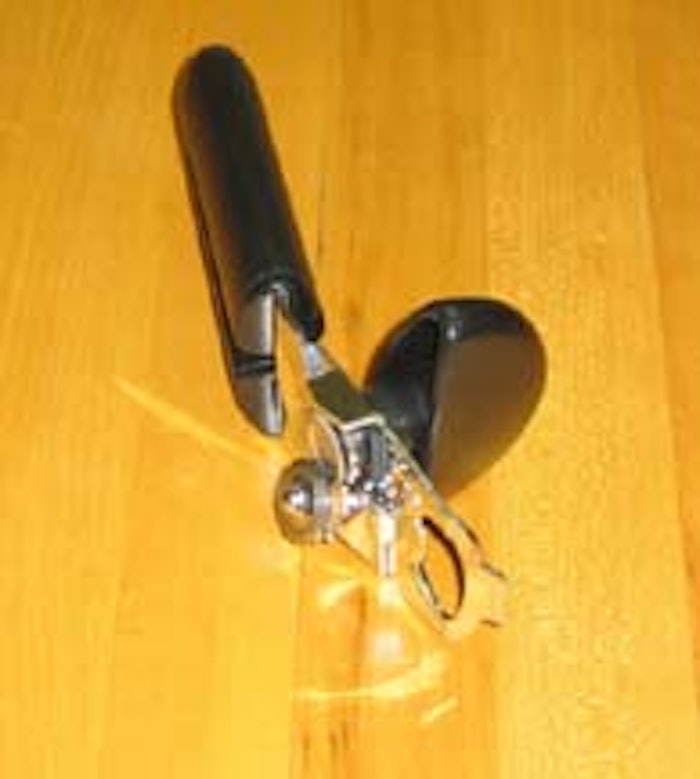 As we have reported before (see A wrap rage maverick, published Oct. 2006, and Wrap rage: Packages that hurt, published April 2004) there has been much railing and—gasp—even cursing against the scourge of hard-to-open packaging, especially the much-maligned clamshell. Some of it is warranted, but as we noted, some of that hardship is purposeful to prevent theft and shrink at the retail setting.

Now a blogger points to a common household tool that purports to unlock the otherwise unopenable clamshell. Reports the intrepid problem solver from the www.Lifehacker.com site:

I had a "duh" moment yesterday after I had cut my hands trying to open a Logitech optical mouse from its death-to-the-thieves blister pack. My home scissors weren't up to cutting the thick plastic, and I had to use my hands after a while. THEN, my eyes fell upon the can opener (a standard rotary one) sitting innocently in the drawer. I used that to open the next blister pack, and man, was that a breeze!

While several of the feedback responses called the idea of using a hand-held rotary can opener the work of genius, another pointed out that a $4.99 tin snips that also does the job.

In a perfect world, such means to package access wouldn't be needed, but until that day comes, have your can opener or tin snips at the ready, and be careful out there.