Rick Lingle
Smart labels, backed by a Gen 2 RFID inlay, are printed, encoded, and applied to cases and pallets bound for Wal-Mart's RFID-ena

Texas Instruments' Education & Productivity Solutions business unit didn't roll out its radio-frequency identification (RFID) program until the end of 2005, yet the company is already ahead of the learning curve. The company bypassed Gen 1 RFID technology by launching directly into Gen 2 RFID to meet Wal-Mart's mandate.

That earned accolades from none other than Simon Langford, Wal-Mart's RFID strategy manager. "TI is ahead of the curve with Gen 2 adoption, and we commend them on being the first to begin Gen 2 tagging of cases and pallets in support of Wal-Mart's RFID expansion plans in 2006."

A supplier of graphing calculators used by students and professionals, E&PS was informed in 2003 of Wal-Mart's forthcoming requirement for RFID, with the retailer's Top 100 vendors required to meet the mandate on January 1, 2005. The next 200 suppliers were required by the start of 2006, which included E&PS.

When asked by Keith Hodnett, E&PS supply chain manager, to head its RFID effort, Shields says, "I enjoy different projects, so it sounded like fun with new learning opportunities. It has been a neat experience."

Neat as well as successful: The time from the point when the less-than $500ꯠ RFID budget was finalized to its implementation was 10 months. "We beat the deadline [by three days] and even came in under budget," Shields notes.

Not surprisingly, E&PS sought guidance in partnership with TI RFID Systems, the company's radio-frequency identification arm. TI RFID has offered high-frequency RFID since 1997 before also adding UHF technology to its offerings in mid-2005.

"It seemed a natural progression to partner with our sister division and ensure when we came out of the gate, it would be with TI product tagged with TI inlays," says Shields.

The project focused on a third-party logistics (3PL) warehouse in Ft. Worth, TX, operated by Exel. From there, RFID-enabled cases of calculators are currently shipped to five Wal-Mart distribution centers with more on the way.

By July 2003, an RFID team was assembled that included members from finance, its 3PL, TI RFID, information technology, and the Wal-Mart account manager—"all the personnel needed to move forward with an RFID initiative," Shields says. The team looked at what hardware and software would best suit its needs. E&PS spent 2003-2004 building its knowledge base, understanding RFID and its application, Shields says.

Shields says the company went directly to Gen 2 for several key reasons. One was the fact it became a global standard; EPCglobal’s Gen 2 protocol has as its counterpart the International Organization for Standardization (ISO) 18000-6 standard.

"We also felt that by investing in the technology through agile hardware, as the technology changed, it would be easy and more cost-effective to upgrade," states Shields. "We would get longer life out of the investments we made."

The company never did any Gen 1 testing since it planned to launch directly with Gen 2 technology. TI RFID began production of Gen 2 inlays in July 2005. The TI RFID Gen 2 inlays measure 3 3/4"x1 1/2" and feature an antenna of silver ink printed on a PET substrate. They offer 96 bits of user programmable memory with read/write and lock capability.

One of E&PS's challenges during the development process was the availability of Gen 2 hardware—much of it was still in beta test. "The firmware was still in beta test, and readers' availability was at a premium," Shields recalls. "There were some promises of 'we're going to have that in 30, 60, or 90 days' that didn’t come to fruition. We didn’t plan to be on the 'bleeding edge' of the technology, but with our commitment to Gen 2, we ended out there by default."

"Our setup and commission procedure choices including printers were driven by current business partners," says Shields. "The good news was that we had solid alignment already with partners that were going to be aggressive in RFID."

Another new vendor for E&PS is label supplier NCR, which converts the TI RFID inlays into pressure-sensitive RFID labels. This recommendation came from TI RFID, though E&PS contacted several customers and determined NCR was the "best fit," according to Shields.

Another of its new partners is Odin Technologies, specialists in RFID consulting and testing. The announcement of the Gen 2 standards in December 2004 coincided with Odin's testing for E&PS.

E&PS had Odin test other Gen 2 tags for comparison. "We found that the TI inlays performed very well compared to competitors," says Shields. "We knew they would meet our requirements, which was critical."

E&PS shipped two pallet loads of product to Odin for testing. "These included the different packaging configurations we offer our customers across our 12 core stock-keeping units," says Shields.

"We made sure every potential configuration was tested," says Shields. "Odin was great, very helpful as we moved forward. It did a lot of product tag testing for us so we could determine where the sweet spots were.

Fortunately, our products, which contain no water and little metal, are relatively RFID friendly. We could place the tag essentially wherever we wanted, but we did identify the optimal location to get the best read rates." That was usually on the lower right side of the case, but sometimes on the top, according to Shields, due to the presence of helpful air gaps that produce good reads.

E&PS also conducted its own testing, including for shrink wrapped units of multiple cases (see sidebar).

More than tag and ship

Another plus was that "we had the good fortune that the processes already in place tended to complement an RFID label application," Shields says.

Because all cases receive a label generated at the 3PL warehouse anyway, it was a matter of switching to "smart labels" printed for the RFID-enabled cases and pallets.

Its implementation is basically "slap and ship," according to Shields, though the industry prefers the less informal, more accurate "tag and ship.” In fact, E&PS's implementation is more than that. E&PS stores RFID data using its Yantra Warehouse Management System (WMS) and even have partial integration of the RFID data to its Oracle Enterprise Resource Planning (ERP) system.

The cases are staged in an area inside the expansive 3PL warehouse designated for TI. The process is set into motion each morning with the printing of pick sheets that direct the operators to the cases in storage that are to be pulled and shipped that day. Prompted by the ERP software via the WMS software, orders designated for RFID-enabled Wal-Mart stores is output to any one of three Zebra Technologies' Model R110Xi printer-encoder; E&PS also has backup units. The units were installed at the 3PL DC last year; that was followed by firmware upgrades and testing in late summer. The Zebra units also confirm each tag's readability.

The 4x6 smart labels are printed and RFID encoded with the EPCglobal Electronic Product Code, EPCglobal logo identification, and human readable information. A pallet RFID label is printed along with the batch of RFID case labels from the designated printer-encoder. The printer produces at one time all smart labels for the cases that will make up that load, plus one for the pallet itself.

Cases for picking arrive at the 3PL DC from the Far East preprinted with UPC coding information. "Then we apply the necessary RFID label per Wal-Mart's requirement," says Shields.

The pallet's RFID label is applied to the pallet before it is stretch wrapped. This placement, rather than applied outside the film, provides more protection. A full pallet of its graphic calculators will contain about 120 cases, with three calculators per case. The retail price of a calculator varies, and can be as high as $100 to $125 each.

Using a temporary reader at the pallet assembly location, E&PS has found its RFID read rates are 90%-plus. "We were surprised our read rates were so high," says Shields. The warehouse makes no further reads such as at a dock door.

While the RFID system operates daily, E&PS's business is highly seasonal, and centers around back-to-school promotions. This was another reason that the timing during a relatively slow period midway between the annual cycle works out well.

"Wal-Mart provides excellent communication through their retailer link," says Shields. "It allows us to track units right up until the cases those calculators were shipped in are destroyed. We have visibility at the case level at stores. When that case is unloaded by store personnel for display, the case itself goes to the back room to be crushed; that’s when the very last RFID read is made. All that information is available through a retail link."

With implementation just weeks old, what will E&PS do with that data?

"It is extremely useful information," says Shields. "We expect the value of that to grow exponentially as we receive better and better point-of-sale data as this technology filters through more Wal-Mart DCs and stores." He also looks forward to the data generated by the high-volume back-to-school period when they start ramping up shipments in May and June.

E&PS is prepared to meet other mandates that they know will come, such as from Best Buy and Target, as well as from retailers overseas, according to Shields. For example, he expects a mandate in the coming months for Carrefour in Europe.

"We've tried to build a system that is easily scalable and ramps up as we receive more requests from additional retailers and distributors," Shields says.

E&PS will expand its rollout to Wal-Mart as the retailer expands the number of its RFID-enabled DCs. In June, six more DCs will be added, including some outside Texas, Shields says. By the end of the year, Wal-Mart's RFID program is expected to reach 13 of its DCs in the United States, Shields adds.

E&PS also has plans to add portable hand-held RFID Gen 2 readers; the company expects to test and implement those in first quarter 2006. Because of its own familiarity in RFID, it will not use Odin this time. "At this point in our evolution, we can do much of our work internally going forward," Shields notes.

How has this entire RFID experience been?

"It's been an exciting adventure, we've had wonderful business partners as well as our colleagues in TI RFID," says Shields. "Everyone is as committed to our success as we have been, and those are the kind of partners you want to have."

Click here to read the sidebar to this story.. 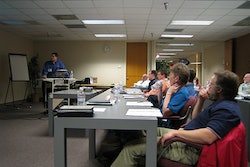 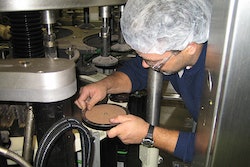 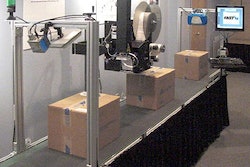