A glimpse at some of the innovative new packaging machines introduced at the interpack show in Dusseldorf, Germany this week.

Cartesio is Cavanna's new system concept for using robotics in packaging. At Interpack, Cartesio will be demonstrated in a full

Here are just a few of the world’s best new packaging machines that were introduced at interpack. As we write this reports of more new machines are being filed for the next issue of Packaging Automation the digital magazine from Packaging World sponsored exclusively by ELAU.

All collating cartoning and sealing processes are performed on one working level to aid operation and visual troubleshooting. Four robotic modules are mounted overhead to maximize freedom of movement and minimize footprint.

This highly flexible packer is equipped with 14 servo axes controlled by ELAU’s PacDrive automation system which performs all feeding changeover and robotic functions. The unit demonstrated at Interpack is capable of packing over 500 candy bars per minute.

There are no chains to lubricate or adjust. Instead toothed belts and powerful high speed vacuum belts are used to transport primary packages blanks and filled packs. Instead of a chain system with paddles one-clamp cart-mounted quick change collation units are set up to handle popular multiples.

Despite the kinematics required to run three separate 3-axis robot arms a single PacDrive C400 automation controller from ELAU controls all them all as well as the servos driving the machine functions.

Highlights at pester pac automation (Hall 15 Booth B32) included two new robots. Pester known for its pharmaceutical end-of-line packaging expertise is creating a new range of applications in cosmetic and food packaging for which these robots are equally well suited.

The two-axis 300 bottle per minute pick-and-place pac robot 3 with 30 kg payload capacity was demonstrated in a PEWO-pack 450 Compact film wrapper picking up and turning 6 packs of cosmetic bottles for presentation to the wrapper.

A pac robot 4 with three conventional servo axes and a linear motor was applied downstream of a thermoforming machine typical of medical products or fresh food packaging applications. The robot has a cycle rate of up to 100 cpm and payload of 800 grams.

Both robots are controlled by a single ELAU PacDrive C400 automation controller. In the case of the pac robot 3 it’s the same controller that runs the wrapper. There is no “black box” robot controller hardware with proprietary software – instead control is performed by an IEC 61131-3 conforming Function Block from ELAU’s robotic software library.

Mechanically the new 30 cpm Tablomat C case erector design is compact modular and mechanically simplified with all processes integrated on one level. Flap tuckers are servo driven and much easier to optimize than gearbox driven designs. Format changes are also servo-driven and require no expensive change parts all part of Waechter’s design philosophy of reducing its customers’ operating costs.

The 2-axis Delta Picker is a flexible and highly dynamic alternative to conventional linear pick-and-place systems that can traverse up to 60 complete circles per minute. Its powerful kinematics leverage ELAU’s extensive PacDrive robotic software library so profiles are readily generated to handle a range of products formats and both single and multilayer packaging configurations. The Delta Picker is easily synchronized to other servo driven infeeds conveyors and sortation systems.

Mohrbach (Hall 14 Booth B06) has introduced a new high-speed case erector that can run up to 30 cycles per minute compared to 20 cpm for conventional designs.

The manufacturer of erecting filling and closing solutions also introduced the new single station Model MKV 550 that can erect over 120 cartons per minute. Previously this speed required much larger footprint dual station machines.

A continuous motion vertical carton filling module uses a no-touch gentle handling method as an alternative to pick and place for sensitive products. 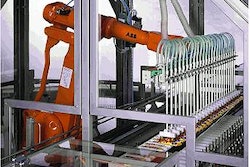 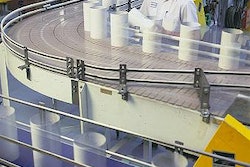 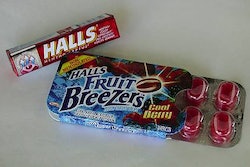 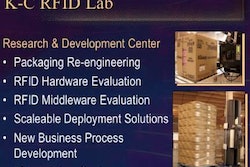