China: The Yin and the Yang

A number of conversations have kept the subject of China and packaging on my mind. First was a fresh flood of e-mails consisting of Chinese characters that regularly crashed the old Macintosh—the new Macintosh, too.

Then, thanks to our Information Technology department, I learned a way to avoid the crashing, simply by turning off the “preview pane” window that allows one to view part of the e-mail before actually opening it. By disabling the window, I was able to highlight the message and delete it, without crashing the computer.

I still get a dozen or so of these messages each day, displaying only what look to be Chinese characters, and I’m still trying to figure out how to keep these messages from hurting my productivity. Somewhere along the way, I was told that there are so many different Chinese writing characters that software can’t display all of them. Hence the computer crashes.

All this anxiety about e-mail from China led me to conversations with packaging people that offer glimpses of doing business with that country.

First and foremost is the caution about intellectual property. As one of the packaging people stressed to me, the Chinese culture reveres imitation. He said he saw so many counterfeit packaging machines—really obvious fakes—yes, the people involved were actually “proud” of their copying accomplishments. So ingrained is this in the culture, he told me, that it would be almost impossible for the government to control it, even if it wanted to.

Earlier, I had spoken with a packaging buyer who bought labels from a converter that was able to use materials and processes in making the labels that were no longer permitted in the United States because of their negative impact on the environment. Naturally, the labels cost considerably less than those available from U.S. converters. The other observer confirmed the scarcity of industrial air-pollution systems.

More recently, I spoke with another packaging buyer who sourced many of his purchases from China. He, too, said that Chinese prices were a big advantage. But unlike the earlier examples, he emphasized that the plants he bought from were modern, clean, safety conscious, and high in quality control.

However, the principal advantage he cited was neither cost nor the use of materials and processes not available domestically. Response and service were the primary benefits he cited from his Chinese sources.

“I put in a call with full specifications to a domestic supplier on Monday,” he told me on a Thursday, “and my call still hasn’t been returned. Last night I sent a similar message by e-mail to China and this morning I received back digital proofs and construction specifications.”

Another factor may make his experiences different. The converters he buys from in China almost exclusively use gravure printing. “In China, you can buy a laser-etched gravure cylinder for a fraction of the price that U.S. converters charge for a flexo plate that requires lock-up and can’t hold solids well,” he told me.

There is one critical difference between these various packaging sources. The latter buyer said he spent five years and took several personal trips to China to find the right converters. “Now I probably don’t receive the same percentage of savings that I could from other converting operations there,” he said. “But the plants I work with deliver on time with high-quality work. Right now, I’m trying to buy into one of the companies there, as more tangible evidence of my commitment.”

He says his Chinese partners subjected his company and finances to rigorous inspection before they were comfortable working with him. Sounds an awful lot like what we call “partnerships” here—there perhaps the Yin and the Yang—where both companies usually win.

Considering how easily he communicates with his Chinese converters, I wonder if he can help me remove my address from a few of the Chinese senders who seem to find me such a good target. 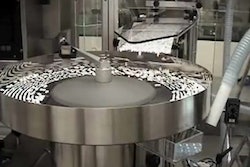 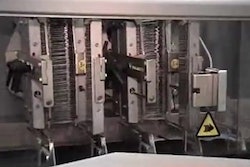 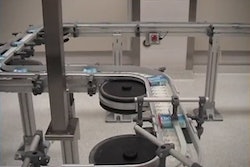