Originally, I had intended to overlook the issue of terrorism in this month’s column, recognizing that timing is one of the perils of writing something that won’t be in readers’ hands for several weeks.

But a short while after Sept. 11, when an editor forgot to inquire about a certain package’s tamper evidence for a story, I was reminded that the world of packaging has products that could play a major role in thwarting terrorism. For many the Sept. 11 attacks were reminders of the Murragh building bombing in Oklahoma City or even of the attack on Pearl Harbor. Depending on your generation, your experiences, and your values, each is probably valid. But for me, the terrorism of Sept. 11 recalled the terror in the wake of the Tylenol poisonings. Maybe that’s because I’m from Chicago and that crime occurred very close to home. Plus, because it had a strong packaging connection, we in the industry watched developments even closer. Although motivated by extortion, the crime held the entire nation’s attention for quite some time. If the recent terrorism kept many of us from traveling for several weeks, the Tylenol poisonings made most of us very anxious about taking any medications but especially painkillers at that time. Of course, the Tylenol poisonings created unusual opportunities for manufacturers, as new types of tamper-evident packaging were developed to respond to the Food and Drug Administration regulations. As favorable as that was, the Tylenol case had other reactions that were less desirable. It also spawned some copycat crimes, or at least attempts at them. And that’s one of the fears I have about the most recent terrorist acts. Although skyjacking an airliner might be out of the reach of most other would-be copycat terrorists, tampering with our foods or drugs certainly isn’t. In fact, the vulnerability today might be almost to a point where it was before the poisonings in 1982. Part of that can be traced to a complacent attitude toward tamper evidence after having gone so long without any serious reports of problems. This complacency about TE, this relaxation of vigilance was brought home to me by the editor’s failure to explore a package’s tamper evidence in researching a story. To me, it seemed to imply that the TE feature on a package had become unimportant. Especially for us in packaging, let’s be certain that we don’t forget how vitally important tamper evidence truly is. Are we, as manufacturers, working just as hard as we did 18 years ago to ensure that all TE features are secure and obvious to our consumers? And, as consumers, are we still paying close attention to these features when we open packages of foods and healthcare products? In the packaging community, we can take great pride that our innovations helped to nearly eliminate any recurrences of the Tylenol poisonings and deaths. A few months ago, we reported that a similar pharmaceutical extortion scheme was attempted more recently in Australia (see Packaging World, March ’01, p. 104). But just as the means to the most recent terrorist acts could hardly have been envisioned by the average citizen, we need to remain vigilant in those areas where we might have grown a bit too comfortable. Fortunately, in the aftermath of Sept. 11, we hear about new resources being devoted to protect the nation’s water and power supplies from contamination and attack. As we’ve learned that a commercial airliner can be used as a weapon of terror, we should not forget that the packaging we so proudly produce can also be converted into an instrument of terror, should a consumable product be adulterated with a poison or other deadly contaminant. While we need to be patient with the additional security checks that will be added to so many parts of our daily lives, we should never forget the terror that was produced by the Tylenol poisonings. More important, let’s remember that we have the means to prevent it. 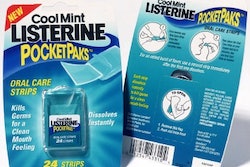 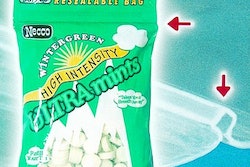 NECCO mints in a snap 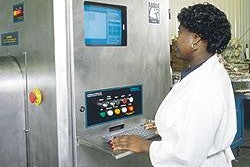 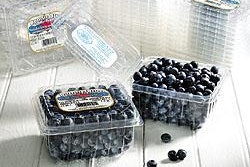