Packaging gets dressed up for Halloween

To distinguish its masks on crowded shelves during the Halloween season, Party Pals LLC took a blister-pack approach to packaging. It put its masks between front-and-back thermoformed pieces curved to conform to the shape of the mask. 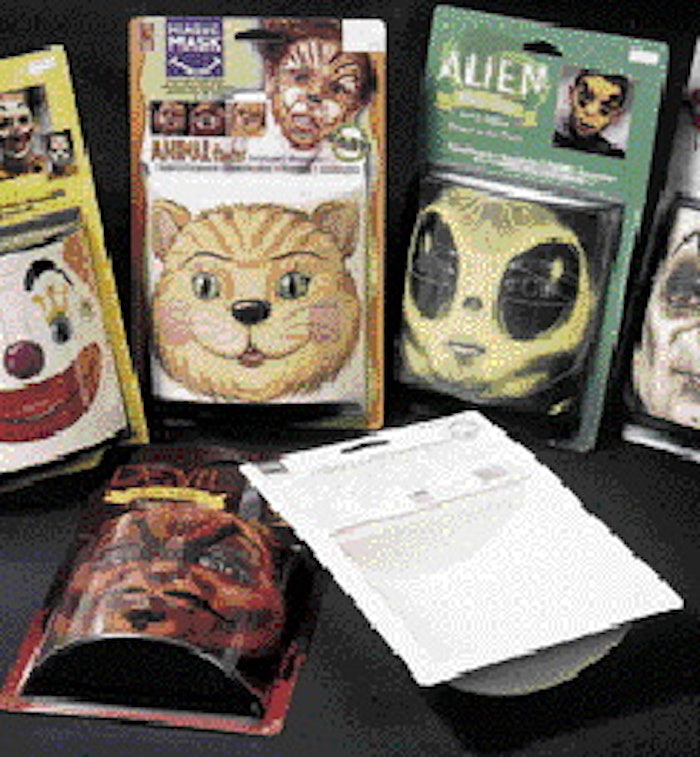 Completing the package is a paperboard header card heat-sealed to the plastic thermoforms.

"We wanted to show the full features and to create some depth to the display," says Eric DeLattre, plant manager at the Minneapolis, MN-based Party Pals. "This package sticks out in a retail environment where a lot of these packages look the same."

The masks are available nationally at Target stores and retail for $4.99. As this issue went to press, DeLattre said the masks were selling quickly. "The early reaction we received was that it was flying off the shelves," he said. "They were selling early, which is not typical for Halloween stuff."