O'Tec, Inc., one of the few producers of bagged cotton candy for the retail market, attributes much of its success to the high-barrier flexible bag it uses to protect the spun sugar from moisture. 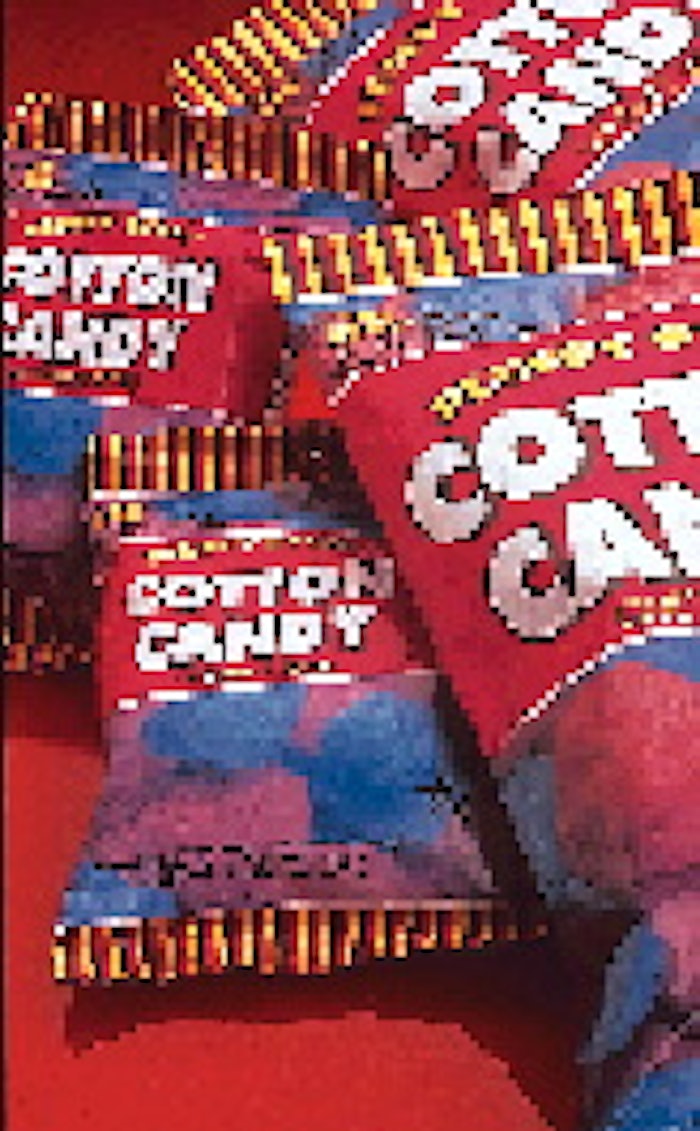 But by spring of '95, O'Tec found that the packaging it used for its Fluffy Stuff® Cotton Candy Gourmet Bites had to get even better. "We had a mass merchandiser that required [a product] with longer shelf life than what we currently had," says John Sullivan, president of the Hyattsville, MD-based company. "That sort of forced our hand." To increase the 30-day shelf life given by the oriented polypropylene laminate already in use, O'Tec's supplier, CP Converters (York, PA), suggested a new metallized film from Toray Plastics. The converter developed a three-layer lamination with a total thickness of 3.25 mils. At the center of the structure is a 60-ga Torayfan® PC-1 metallized OPP. The outside layer is a 70-ga OPP reverse printed in three colors, while on the inside is 1.25-mil linear low-density polyethylene that allows O'Tec to hermetically heat- seal the bags on its vertical form/fill/seal machines. Shelf life is now as long as six months, allowing distribution as far away as Taiwan. In the U.S., suggested prices average about 79¢ for the 1-oz bag, 99¢ for the 2-oz, and $1.69 for the 3-oz bag. A .75-oz size is available for vending machines, too. Sullivan acknowledges that the new packaging film is more costly than the material it replaced. But this upcharge is offset by the reduction in the number of bags returned and the expanded marketplace O'Tec can now reach.