From aseptic pouch to aseptic carton

A 500-mL aseptic brick-pack for foodservice customers is helping Tetley® USA, Shelton, CT, cash in on the explosive growth of fruit-flavored iced teas. 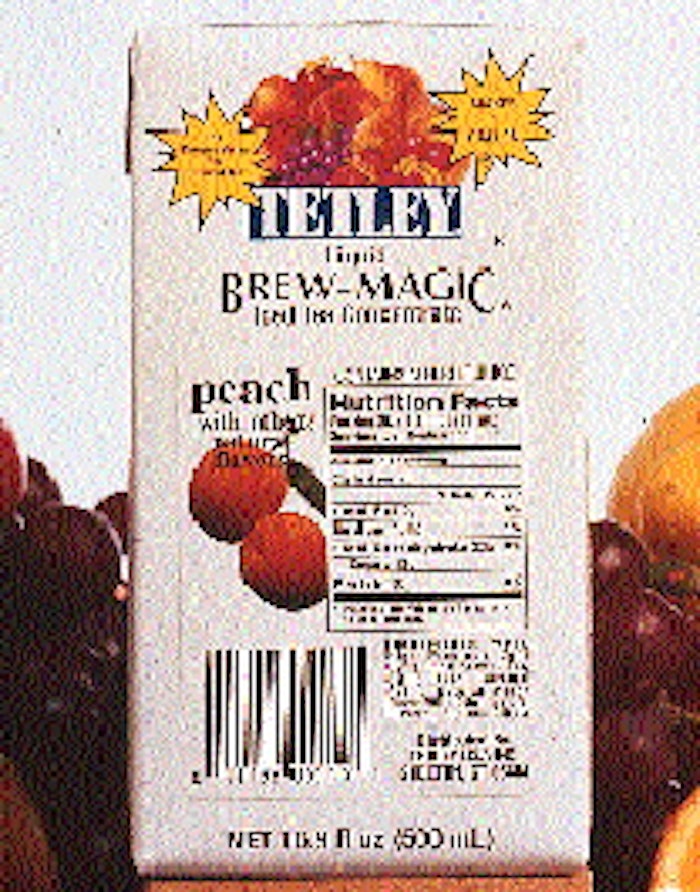 Copacked by Power Packaging (St. Charles, IL) in its Byesville, OH, plant, the Liquid Brew-Magic line of iced tea concentrate comes in five flavors and was introduced to foodservice accounts in January. Power produces the package on a Combi aseptic packaging system, model CF 606 A, using standard foil/ paperboard blanks that are gravure-printed in five colors.

The package yields 1 gal of tea. It replaces an aseptically filled pouch produced on a form/fill/seal machine. According to Tetley's Richard Cook, manager of contract manufacturing, the pouch was too difficult to handle, too easy to spill, and less capable of withstanding the rigors of distribution. He acknowledges the cost of materials is higher since the switch, but he says greater efficiency in production and fewer leakers combine to offset that upcharge.