In late 1993, Sirocco switched from another PVC band to one from Seal-It (Hicksville, NY). Tony Muto, Sirocco's vp of operations, says a 7% savings prompted the move initially. But an added benefit is the flexographic printing in green and the well-known Pat O'Brien's name in white script, which complements the bottle's primary paper label. After filling, capping and labeling the longneck glass bottles, Sirocco hand applies the neck bands prior to sending the bottle through a shrink tunnel. The 750-mL and 1.75-L bottles are distributed nationwide through retail, on-premise and catalog sales. The smaller bottles sell for about $2.39, the larger for about $4.29. Since adding the new neck band, Muto says, "There's no question we've increased sales. It makes the product more recognizable on the shelf and we've received many compliments about it." 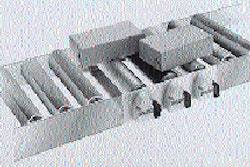 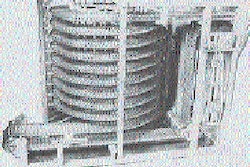