The machines convert films and other flexible substrates into bags and similar packages. The machines are used in a variety of industries, for diverse products with diverse requirements. There are similarities among users, though. The products, like liquids, powders, granulates, grains, and certain bulk items, all have flow properties.

Despite their seemingly do-all nature, vf/f/s machines are not stand-alone operations. They must be integrated into a production line, between upstream and downstream operations. The integration imposes decisions in aiming for the optimal fit. A reasonable start is an understanding of certain basics about vf/f/s machines, in the sequence of the three functions.

Forming. A roll of substrate is placed onto an unwinding roll. The substrate is pulled up, and then around and over rollers, to a forming collar and around a forming tube. The substate is formed into a package, the width of which is determined by the shape and size of the tube. The length of the package is determined by the programed distance in which side-positioned drive belts pull downward.

Filling. Positioned above the vf/f/s machine is a feeding (also called dosing or weighing) station. It drops product into the forming tube and into a package that has been given back and bottom seals (described in the next section). Dry product typically travels on an incline conveyor up to the feeding station. Liquids are pumped.

Sealing. First, vertical jaws seal the back of the package along its length. There are two types of vertical seals: overlap (or lap) and fin (or fold-over). They differ in how the inner and outer surfaces of the substrate are sealed together. An overlap seal is inner-to-outer and a fin seal is inner-to-inner. The difference in seal width, and therefore material usage, is negligible, and neither seal is inherently stronger. The choice depends on the substrate. For example, an outer surface that’s not readily heat-sealable is not compatible with an overlap seal.

Next, horizontal jaws seal the bottom of the package and, after the previously described filling is performed, seal the top of the package. The top seal is cut crosswise, allowing the separated package to fall onto a collection surface, such as a conveyor. After the cut, a portion of the top seal remains and becomes the bottom seal of the next package.

Decision-making considerations. All vf/f/s machines perform their namesake functions. So how does one decide among the offerings of the multitude of manufacturers? Sure, price is important. But the better concept is value, or benefits received at that price. Even then, a useful caveat is that you don’t want to pay for unneeded features and capabilities. That said, it could be prudent to exceed present needs in consideration of foreseeable future needs. Examples: a continuous-motion machine instead of an intermittent-motion one, or an operating speed further along the high-end of the spectrum.

All vf/f/s machines are a capital investment, so the reputation and experience of the manufacture counts greatly. Length of time in business and the number of installations in the given industry are key considerations. Other ones are the manufacturer’s after-sell service, parts inventory, etc. Trial runs always are revealing. As such, look for a manufacturer that can deliver samples from a supplied roll of substrate.

The machines should be of a sturdy construction, primarily consisting of stainless steel. The construction should be easy to clean or hose down, a factor that’s especially true for food and beverage applications.

Because of their verticality, the machines have a smaller footprint compared to horizontal machines, thereby saving floorspace. But that characteristic should not be exploited to extremes. A machine should reside within an un-cramped perimeter that allows for convenient and safe access by personnel who operate, troubleshoot, repair, and otherwise interact with the machine. The same perimeter should allow convenient and safe avoidance by personnel who have no interactions with the machine.

An easy-to-overlook consideration is how quietly (or noisily) a machine operates. Factories generate a non-symphonic mix of sounds, from production line stations, material handling equipment, etc. The higher the decibel, the more disruptive it can be to personnel-to-personnel communications.

Then there’s the controls cabinet, typically located at the side of the machine. Inside are the electrical components, which should be evaluated in terms of how state-of-the-art they are. On the outside are the operator’s controls. It has become common for those controls to be presented on a touchscreen. The extent to which the choices on the screen are easily understood, or even intuitive, bears directly on how sophisticated (and, therefore, time-consuming and expensive) operator’s training needs to be.

Whereas this article does not exhaust the topic, it examples the breadth of analysis required in the acquisition of vf/f/s machines. And if a company, instead, goes the route of a contract packager, the presented information can be modified accordingly.

Next month’s article will be on substrates for vf/f/s machines. 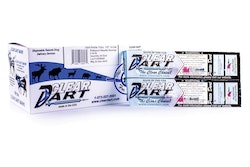 Thermoformer Lets Farmer Grab the Buck by the Horns