This Yakima broker used to buy hops pellets and bag them by hand. Now the firm takes in baled hops, mills its own pellets, and then packages the pellets with a combination scale and bagger. 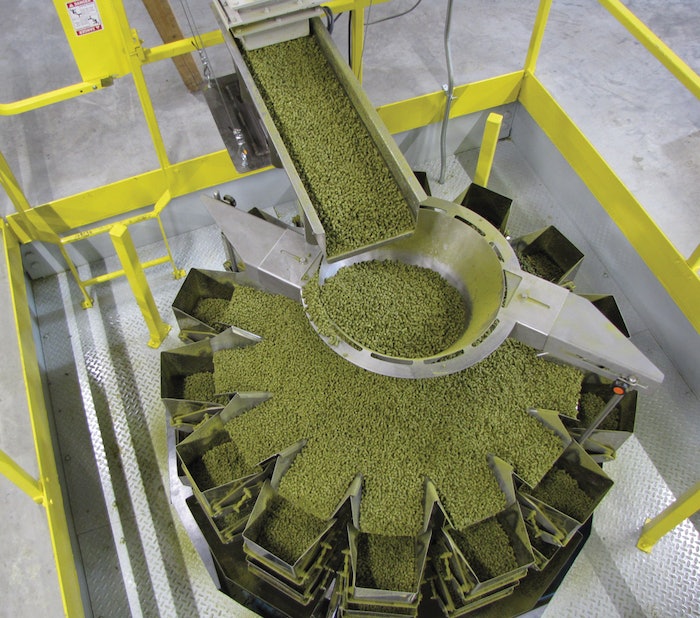 In Yakima, WA, source of some 80% of the hops grown in the U.S., a fourth-generation brokerage named Hollingbery & Son recently made a significant investment in processing and packaging equipment. No longer does the firm merely re-bag hops pellets, a process that used to be done with manual labor and pre-made bags. Now Hollingbery takes in raw hops from surrounding suppliers, mills them into pellets, and packages them in 22-lb bags on a roll-fed vertical form/fill/seal system fed by a 14-bucket combination scale.

The milling equipment comes from California Pellet Mill, a leading supplier of equipment to the animal feed and oilseed processing industries. With this equipment in place, Hollingbery now receives 200-lb bales of hops, grinds them up, and mills them into quarter-inch pellets.

When it came to automating the packaging of the pellets it now makes in-house, Hollingbery relied to some extent on the services of Bratney Companies, a specialist in meeting the needs of the agricultural processing industry. But much of the decision making was in the hands of VP Operations Matt Hollingbery. The key suppliers wound up being these:

• Anex Mfg. for a bucket elevator

• Yamato for a 14-bucket combination scale

According to Matt Hollingbery, hops are an expensive item, ranging in some cases to as much as $30/lb. “We could have opted for a three-head combination scale like some others here in the valley have done,” says Hollingbery. “But the 14-head Yamato keeps giveaway to an absolute minimum, so payback on our investment will be quick.” The scale came highly recommended by others, he adds.

According to Yamato’s Paul Martinez, Hollingbery incorporated an extraction fan in the ADW-714SV scale to keep the hops’ airborne particles from contaminating the electrical circuitry. It also features patented ultra heavy duty load cells able to withstand more than 500 lb of weight. These robust components pay off big time, notes Martinez, if an operator mistakenly uses an actuator or bucket as a foothold during cleanup or maintenance.

Hollingbery says the film used is a metallized mylar that is capable of withstanding a long time in the freezer and doesn’t let any air or light in. As for the bagger the film runs on, Hollingbery says Viking Masek was one of the few machine suppliers who could handle such a large bag format. “The web width is about 36 inches,” he points out. Service, he adds, has been very good, too, where the bagging equipment is concerned.

Nitrogen backflush
Each bag gets backflushed with nitrogen to minimize ambient air. Viking has done backflush in the past, but in this case, because the bags are so large, the gas lances needed to be made a little longer than normal. “We flush the forming tube as the product is going through,” says Ben Wynveen, Project Manager at Viking Masek. “That drives out residual oxygen. Then once the product is in the bag, just before we form the top seal of the bag that’s about to be discharged, we came up with a custom deflation device. It squeezes on the bag as the jaws are closing, which drives remaining residual air out just before we make the top seal.”

Wynveen says that because Viking Masek operates in the global marketplace, “we do both Rockwell and Siemens for controls. Hollingbery is Rockwell. The machine has two servos for left and right pull belt and one servo for the seal jaws.”

Bags exiting the form/fill/seal machine are manually case packed two per corrugated. But this is another operation, says Matt Hollingbery, that’s being evaluated with an eye toward automation.

General Manager Will Hollingbery says the 22-lb bags are produced at a rate of about 6-8min. “It’s faster throughput with the same amount of labor,” he notes. “We also see less waste compared to when it was done manually. And better yield is always a good thing.” 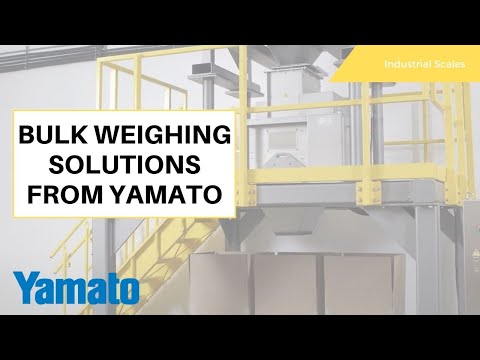 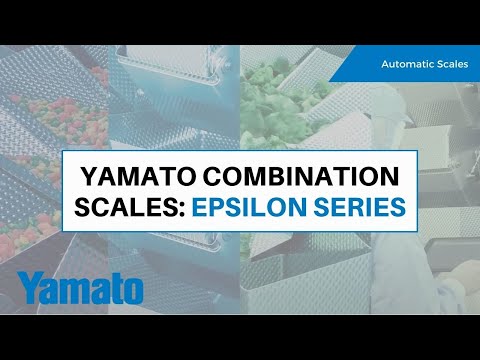