For the past 50 years, Partagec, Inc., owned and operated by the Canadian province of Quebec, has collected soiled linen from hospitals, nursing homes, and other healthcare facilities in the greater Quebec City metropolitan area and returned clean and sorted items. Partagec launders more than 400,000 pounds per week, which represents 900,000 pieces of linen a week, including sheets, drapes, patient gowns, towels, bibs, diapers, and all the other laundry utilized by healthcare professionals and patients. Operating two shifts per day five days a week out of its 80,000-square-foot facility, Partagec employs 124 full-time and 50 part-time people.

In 2011, Partagec’s management and engineering staff began exploring ways to reduce the manual handling of 600,000 small linens per week, including such items as towels, pillow cases, and diapers. By 2014, the laundry installed a first-of-its-kind sorting and automated bagging system, which eliminated more than 15,000 hours per year spent in manual handling.

Furthermore, each time a laundry employee manually handles a clean item there is a potential risk of bacteria contaminating that item. The automated system reduced manual handling of 600,000 small items per week and lowered contamination risk by 50 percent, an important consideration for a laundry serving the healthcare industry.

Prior to the new automated sorting and handling system, linen was conveyed from a bank of 10 dryers to a sorting area. All items were sorted into groups and then conveyed to a bagging area. Each of the 900,000 items a week was handled twice—once to sort and once to bag.

“Plant engineer Gaetan Saulnier and I calculated that there were 600,000 small linens sorted per week,” said Martin Dubeau, Partagec Plant Manager. “We thought that the small items, which are easier to handle than the larger ones, might lend themselves to being automatically bagged once they emerged from the driers. If we could find a system to do that, we would reduce handling by 50 percent. At 600,000 small pieces per week, a 50 percent reduction in handling would lead to a significant reduction in labor.”

Off to the Texcare Show
Dubeau visited the Texcare Show in Germany, the world’s leading trade fair for the laundry, cleaning, and textile rental sectors. He talked with suppliers exhibiting and was really impressed with the solutions offered by Rennco, a division of Pro Mach. Rennco specializes in bagging technology and is a technology leader in the laundry industry. Dubeau discussed the idea of reducing handling of small items with Rennco’s Bob Jolliff, International Sales Manager. Jolliff recommended the company’s Vertic L-PP high-capacity dual bagger, which features two loading stations. The capability of forming two bags at the same time could meet the requirement of 600,000 pieces of linen packed into 2,200 bags per day. The Vertic L-PP cost effectively forms bags from rollstock and makes bags of various sizes both small and large as needed, an essential capability for the mixed flow of linens at Partagec. Jolliff said that while the base model had all the features Partagec required, the unit would need to be customized in order to fully integrate into Partagec’s highly automated system.

“The volume and speed of bagging, the mixed flow, and the machine-to-machine integration required were no small technological feats,” said Jolliff. “The project demanded not only integration expertise, but also large helpings of creativity in the design of the system and a real willingness to listen and work closely with Partagec.”

To meet province-specified bid requirements, Rennco became a supplier to a Quebec-based integrator that would then manage the project. Jolliff met with AT Packaging at its Mirabel, Quebec, facility. “After that initial meeting,” he recalls, “we were confident that AT Packaging would be an ideal partner. They were absolutely first rate in terms of technology expertise, and our cultures meshed.”

This project succeeded because of the close working relationship of all the key partners—Partagec, Rennco, and AT Packaging. The challenges of linen sorting and bagging were immense. AT Packaging had to design and build a custom material handling system that was rugged and flexible enough to count, pack, and handle 2,200 bags of linen per day with each day requiring a unique mix of bag sizes and product.

In the sorting and bagging workflow developed for this project, clean and dry linen travels from the bank of dryers to the sorting area where only the large items are removed. The untouched small items continue via conveyor and are automatically emptied into large blue laundry bags called slings. The slings travel by overhead rail to a holding area where they stay until directed to proceed forward to large metal hopper. Into this hopper, the sling releases its load of clean linen. A reciprocating device continually rakes the linen from the bin onto a flighted incline conveyor that brings the linen up to a small-item sorting table. There an operator manually sorts the pieces of linen according to item type and sends each type down its own designated chute. Each chute leads to a scale, and once a predetermined weight has been reached, that batch of linen is released onto a four-foot section of conveyor that is the loading belt of the Rennco machine. This loading belt is regulated to

• ensure an empty four-foot section is beneath a chute before a batch of linen is released,

• identify the type of linen in each section of the loading belt, and

• communicate with the Rennco Vertic L-PP, identifying which linen item is on the loading belt so that the Rennco controller knows which bag length is going to be required for the next load.

Dual bagger in action
When a conveyor section drops sorted linen onto the loading belt of the Rennco machine, the left side of the Vertic L-PP automatically forms the correct length bag for that set of items. The sorted linen drops through the left feed tube of the Rennco machine and into a bag whose bottom has just been heat-sealed. As soon as the linen settles, tooling closes to form the top of that bag and the bottom of the next bag. Meanwhile, back up at the feed tube of the Rennco machine, a gating mechanism ensures that the next load of sorted linen will go down the right feed tube, and then the cycle repeats. The entire post-sort material handling and bagging process is automatic. Bagged linen is distributed via tractor trailer truck to Partagec customers.

Prior to the new system, Partagec used fairly expensive reusable mesh bags that had to be returned and washed along with the linen. Making bags out of rolls of film is far more cost effective in terms of material and handling. Furthermore, the new poly film bags are made from recycled plastic. And after use the bags can be recycled again. With some of the funds saved through less handling, Partagec purchased a film compactor and collects and recycles film from facilities that do not have their own recycling programs. Reduced packaging waste reduces the burden on local landfills.

“The Province of Quebec, like many others, desires to improve health care and reduce ancillary costs,” said Dubeau. “With our automated sorting and bagging system, Partagec has contributed to that provincial effort.”

Following the Partagec project, AT Packaging and Rennco have helped a number of laundries automate their handling and bagging systems. Each of these projects delivered labor savings and excellent return on investment. 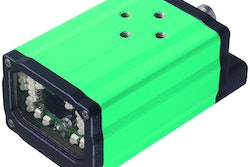 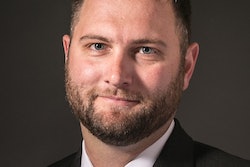