Getting its new vf/f/s system ready in time for Pack Expo Las Vegas was a challenge, but Matrix managed just fine. A bit of strategic retooling included One Cable Technology and EtherCAT.

A leading manufacturer of Vertical Form/Fill/Seal equipment, Matrix Packaging is a core piece of Pro Mach, Inc.’s Flexible Packaging Group. The firm’s new Metis™ continuous-motion machine is a significant new-product development suitable for use in factories that package cheese, coffee, powders, snacks, and candy as well as in nonfood applications such as hardware.

Automating the Metis is a PC-based controls architecture, including multi-touch display technology. EtherCAT, the industrial Ethernet fieldbus, is used for networking automation system components. Metis is the packaging industry’s first vf/f/s pillow-bag bagging machine that operates in either continuous- or intermittent-motion mode. While Metis machinery can be applied in any application that requires a continuous-motion vf/f/s machine, it’s especially suitable for applications that run small thin-film bags at high speeds to 180/min. According to Marc Willden, Vice President & General Manager at Matrix, the controls architecture on this new machine is an essential part of its functionality.

“The machine was scheduled for completion by the end of 2012, and we were initially using a major vendor’s PLC interfaced with another vendor’s motion control system via EtherNet/IP,” says Willden. “But we encountered inefficiencies with the PLC-based system in the communication between the logic and motion control, such that it severely impeded performance. We were stuck at 60 or 70 cycles a minute, which was nowhere near good enough.”

“We wanted to stay with an industrial Ethernet protocol and became interested in how EtherCAT technology could help with PLC and servo synchronization,” adds Mike Krummey, Electrical Engineering Manager at Matrix Packaging Machinery. “In the search for a suitable replacement solution, we sent a Matrix Packaging engineer to Hannover Fair in 2013 and saw an impressive range of high-performance EtherCAT motion demos in multiple booths at the fair, especially in the Beckhoff Automation booth. This drove home the point that EtherCAT technology would work well in our application and that Beckhoff was on the leading edge of it.

“Because we had to redirect the entire development of the Metis machine with Pack Expo 2013 as our deadline, we admittedly did not give Beckhoff much time after Hannover Fair to help us complete the project,” Krummey continues. “From kick starting with Beckhoff in May 2013, we had to test the machine prototype in the field for a few weeks and then immediately ship it to Pack Expo for its official debut. This was admittedly a very aggressive timetable, but Pack Expo is the biggest trade show of all for Matrix Packaging, so if there’s a mountain in the way, you move it. The Beckhoff team helped us successfully manage the project and the Metis machine was completed on schedule for the show in a fully-functional state.”

“Pro Mach is a big believer in the PackML standard to add value for customers and reduce the time required to complete projects,” says Willden. “It provides immediate clarity. Everyone at Matrix and Beckhoff was comfortable with the expectations of a PackML-based system, so it was more like a ‘paint by numbers’ programming experience rather than a blank canvas.”

“The initial decision to use multitouch HMI technology was based on the bright, high-quality displays that are available from Beckhoff,” Krummey adds. “PackML requires a suitably sized HMI, and in my opinion, it would be difficult to implement it on a common six-inch screen. The Metis has a 15-inch diagonal screen with leading-edge multitouch functionality for about the same price as our previous panel, which was far less extravagant with a single-touch interface and a much less attractive plastic housing.”

One CX5020 Embedded PC runs the entire Metis machine, including logic and motion tasks as well as the InduSoft-based visualization. Major tasks handled by the Embedded PC include interfacing programs for communication to upstream equipment, a feeder that synchronizes closely with Metis machine processes, mechanical jaw equipment for sealing bags, and other automated functions. The CX5020-powered Metis system capably controls the three servo axes that run the camming tasks. With communication speeds in the low microsecond range, EtherCAT can easily manage all Metis machine communication for the I/O and motion system. Matrix Packaging only needed two servo drives to run the three motion axes by utilizing a 2-channel AX5000 EtherCAT drive and a 1-channel AX5000 drive.

Further streamlining the motion system were the AM8000 series servo motors with One Cable Technology (OCT), which means both power and feedback are transmitted in one standard cable. “We would never go back to a two-cable servo motor solution after using One Cable Technology,” says Willden. “OCT is efficient and integrates extremely well into our machines, facilitating cleaner cabling infrastructure.” Two of the motors on the Metis machine must slide back and forth by roughly five inches. By having one cable per motor, Matrix Packaging is able to route the cables much more efficiently while keeping enough slack for them to move freely.

The expandability and interoperability of EtherCAT are also important to Matrix Packaging. Users have access to a wide range of EtherCAT I/O terminals for special functions, one example for Matrix Packaging being the EL3681 digital multimeter terminal used for cost-effective power monitoring. “For example, if an operator attempts to run a Metis machine at voltages that are too low, an alarm monitor that we already implement will put the system in an E-stop condition and warn the operator of a serious problem with the supplied power,” Krummey said. “This terminal is much more cost-effective compared to stand-alone solutions.”

‘Room to grow’
Concerns that the machine control system and fieldbus will not live up to the imagination and engineering abilities of Matrix Packaging are now in the past. “It’s impressive that we utilize well under 1% of the capability of our new controls platform,” says Willden. “We like having room to grow, and PC-based control and EtherCAT provide plenty.”

A machine footprint reduction also counts as a major achievement by Matrix Packaging. By the time the company rolled out the PC-based Metis machine, it was possible to utilize an electrical cabinet that was smaller than expected. “Compared to the first prototype Metis machine with a traditional PLC, the machine unveiled at Pack Expo featured a reduced enclosure size by six inches of panel length. This resulted in a more compact machine that required less expensive panel equipment and offered improved access to mechanical components.”

Matrix Packaging was also able to notably reduce the cost of the equipment that goes inside these smaller electrical cabinets. “Even though we now have much greater performance and functionality, our PC-based control system costs at least 10% less than our previous PLC-based solution. This reduction even factors in our multi-touch HMI,” Willden reported. “As a further benefit, Matrix Packaging reduced motor cabling by 50% with OCT and eliminated several smaller cabling accessories. Doing away with pass-through devices and other cable management products cut additional cabinet cost, and these savings multiply every time we sell a machine.”

There is much less labor time required for panel building today not just because of OCT, but also because of the intelligent design of EtherCAT Terminals. “There has been a substantial net reduction in our panel wiring cost using EtherCAT, which we estimate to be 30 to 40%,” Krummey said.

“Beckhoff’s approach to automation and controls is consistent with the philosophy at Matrix Packaging,” Willden said. “This is why Matrix Packaging is seriously considering a migration of other machine lines to this platform.” 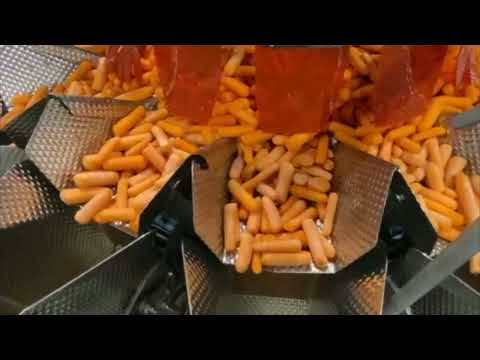 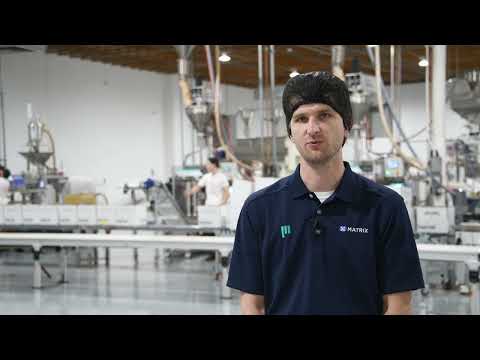 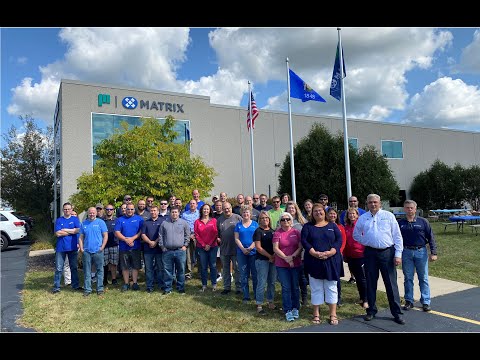 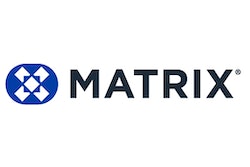 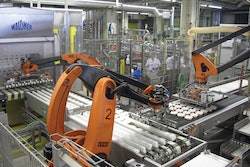