The oldest operating brewery in the country was first in line when it came to trying out a hot melt adhesive application system that cuts costs and streamlines maintenance.

Pat Reynolds
Corrugated trays are fed into a machine that puts two 12-count cartons into each tray.

D.G. Yuengling & Son, said to be the oldest operating brewery in the U.S., is believed to be the first commercial user of a whole new hot melt technology called the Freedom Adhesive Dispensing System.
The Freedom System takes its name from the six freedoms that co-developers Nordson and Henkel claim the concept delivers:

The most striking thing about this new technology is that it does away with the large tank of molten hot melt adhesive typical in today’s hot melt application systems. Such tanks routinely hold anywhere from 4 to 10 L of molten adhesive at temperatures ranging from 230 to 350 degrees F. When that much adhesive is held at such high temperatures, charring of the adhesive is almost inevitable, and with charring comes all kinds of downtime and maintenance challenges.

In place of a tank holding up to 10 L of molten adhesive, The Freedom System substitutes a small reservoir holding just 400 mL. When so little material needs to be kept in a molten state, energy consumption is reduced and the opportunity for charring is also reduced. The charring problem is further minimized, if not eliminated, because the Henkel Freedom adhesive is engineered to have greater thermal stability than comparable materials.

Also making the Freedom System quite different is that its pellet melting unit is not fed manually by an operator with a scoop. A Venturi transfer pump automatically feeds pellets to the Freedom System by drawing them out of a large, floor-standing tote that holds up to 132 lb of pellets.

When Nordson and Henkel unveiled the Freedom System at a Pack Expo 2012 press briefing in Chicago, one journalist observed that it resembled a tankless water heater that uses high-powered burners to quickly heat water on demand rather than storing heated water in a tank. The similarity is indeed striking. In both cases, energy is expended only when it’s required.

The benefits inherent in this tankless, melt-on-demand adhesive application system are numerous. Flexibility in use is maximized because the system doesn’t need to be mounted to a parent machine the way most adhesive melting systems do. At Yuengling, where the Freedom System replaced a Nordson ProBlue melter on a Traymatic corrugated tray erector from SWF, the Freedom melter is mounted on a stand beside the erector. But it can also be mounted on a nearby wall or right on the packaging machinery itself.

In the Yuengling application, as a tray blank feeds into the forming station, it triggers a photocell that signals the Nordson EPC-30 adhesive pattern controller. The EPC-30 sends an output to the MiniBlue II hot melt dispensing unit directing it to dispense the required hot melt adhesive from the small reservoir of molten adhesive. The EPC-30 also communicates with the Venturi pump, signaling it when to send more pellets into the Freedom System’s melter.

The reduction in downtime associated with charring and contamination has been mentioned already. Another benefit is that operators no longer need to continually re-fill a melter. And according to Nordson/Henkel, a 30% savings in adhesive consumption has been documented. Here are the values and production assumptions on which Nordson/Henkel base their savings calculations:

“The real driver to me is the potential for reduction in glue usage,” says Andy Pickerell, plant manager at the Yuengling plant in Tampa, FL, where the machine is finishing an extended trial. “We also anticipate some reduction in charring. We seem to have the most difficulty with charring when we switch from 12- to 24-count formats. Any time the adhesive isn’t flowing, charring can be an issue with the conventional adhesive application technology. With the Freedom system, we get away from that problem.” 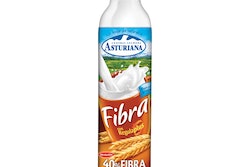 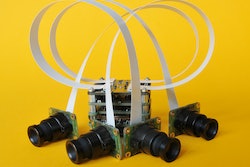