A splice in time saves dimes

Pat Reynolds
This automatic splicing system has been a big help not only in reducing film waste but also in making Odom’s Tennessee Pride more operationally efficient.

“When you’re doing 180 sandwiches/min, you go through some film.”

With that simple statement, Stephen Cerney of Odom’s Tennessee Pride captures the motivation behind that firm’s recent installations of three automatic film-splicing systems. Supplied by Butler Automatic, the splicing units are used on three flow wrappers that Odom’s uses to package the popular sausage- or chicken-based sandwiches that it sells nationwide either frozen or refrigerated. The flow wrappers come from Campbell Wrapper Corp.. Each flow wrapper has two film spindles.

“With the splicer in place, we don’t have to stop the flow wrapper when it’s time to change rolls,” says Cerney. “We gain about an hour of production per shift. It varies from product to product, but that’s a good average.”

Odom’s has also seen a reduction in film waste since the automatic splicers showed up. This is largely because the number of imperfect packages that used to follow manual splicing has been sharply reduced. “The move from one roll to another is so much smoother when it’s done automatically,” says Cerney.

Also contributing to the reduction in film waste is the fact that dealing with partial rolls is now so much less onerous.

“Some partial rolls of film are always left over from the day before,” explains Cerney. “They tend to pile up when we are splicing manually because people would rather just put a whole new roll on rather than mess with a partial roll that will shortly run out. But operators are now less reluctant to mount the partial rolls because they can turn to other tasks and know that when the partial roll is finished, the new roll they’ve mounted on the second spindle will automatically begin feeding film into the flow wrapper.”

Plant manager Mike Cotriss is also a big fan of automatic splicing. “It’s a lot easier to manage short runs,” says Cotriss. “A good example would be something that’s going through the vending machine channel or foodservice as opposed to retail,” says Cotriss. “You put on the new roll of film, run the required number of packages, and then switch back to what you were running before. The point is, you don’t stop producing sandwiches while changing to a new roll of film.”

Cerney estimates that payback on the purchase of the first splicer was about six months. “We have 10 wrappers here,” he adds. “We’re looking into adding additional splicers beyond the three already in operation.” 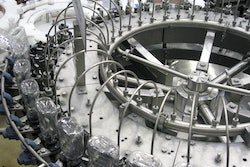 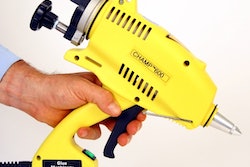 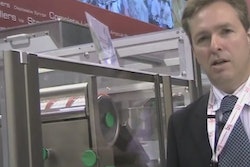