Sealed with a miss

When induction seals are defective, a brand-owner needs knowledge and insight to solve the problem.

Sterling Anthony
Sterling Anthony, CPP
An induction seal should maintain its hermetic integrity until intentionally peeled or punctured. As noted in this space last time, a host of variables affects whether a good seal is achieved, necessitating tight calibration and control. Achieving good seals 100% of the time is the goal, one that sometimes falls short, and when it does, a brand owner should be able to quickly and reliably troubleshoot.

To determine the conditions under which a good induction seal is achieved, a company has to conduct trial runs; for, even if container (bottle or jar), liner, and closure are all within specification, they still might not combine in the designed fashion. And even if they do, a good seal might not be achieved because of conditions particular to the induction sealer and associated operations.

Whenever possible, it's better to conduct trial runs with containers that have been filled under production conditions. During filling, the container's finish can become contaminated──by particulates from a dry product or by droplets from a liquid product──and prevent a good seal. That cause-and-effect would not be evident in trial runs that only use unfilled containers.

The best procedure is a series of trial runs through the induction sealer, checking after each for appearance and strength. For each run, related settings (e.g. conveyor speed, energy levels, air gap between sealer head and closure, etc.) should be recorded, ideally varying one while the others are held constant. With a sufficient number of iterations, a continuum should become apparent: starting at no sealing; proceeding to some sealing; going to good sealing; and, finally ending in bad sealing (for example: a seal meant to peel cleanly, doesn't; or, the seal ring around the land of the container's finish is dark and discolored).

The part of the continuum that represents good seals will span a range, which should be used to establish settings for the induction sealer as well as for operations immediately upstream and downstream. Naturally, a brand-owner wants a wide range within which good seals result; however, if the range seems unduly narrow, there are various paths that can be pursued to widen it. One is the heat-seal layer of the liner. A brand-owner can investigate whether a different formulation would afford a wider range of temperatures. Another variable to look at is the aluminum foil layer of the liner because the type and thickness of the foil affect how much heat is transferred to the heat-seal layer, given a particular energy setting on the power source of the induction sealer.

Once the various settings for achieving a good seal are in place, the challenge is to maintain those settings; that is to say, to have quality-assurance procedures that keep equipment and stations operating within those settings. Automated diagnostics, whether installed by the original equipment manufacturer or retrofitted, certainly facilitate quality-assurance, but capably-trained employees along the packaging line are just as important.

Quality-assurance has two main aims: to prevent lapses in quality; and, should such lapses nonetheless occur, to expose them. To that second one, checking the seal for appearance and strength assists in the categorization of unacceptable seals, giving direction to troubleshooting.  If, for example, there is no seal, but the induction sealer settings are within the desired range, along with conveyor settings, it would be advisable to look at the capping operation, particularly application torque. The closure should be screwed onto the finish of the container such that the heat-seal layer is held tightly against the land area. That compression has to exist while the capped container goes under the sealing head; otherwise, the result will be no seal or a partial seal. In another example, burned sealing rings, wrinkling, and melted finishes point to too much energy (electromagnetism) applied to the seal, which can be the result of the power setting or a too-slow conveyor speed (container stays under sealing head too long).

The next best thing to having no seal failures is to catch them before they go out the door. When they get into the supply-chain, they can cause headaches for intermediary, retailer, and consumer; and, arguably the worst scenarios have to do with liquid products──leakers, as they're commonly known. Leakers can make a sticky mess of shipping containers, display cases, retail shelves, cabinets, and refrigerators. Leakers say only negative things about the brand owner.

Like the fabled Dutch boy who stuck his finger in the dike, the brand-owner looks to plug the leak(ers), as it were, but more sustainably, of course. The urgency increases according to product characteristics. For example, beverages and pharmaceuticals, being ingestible, pose health concerns when the seal is compromised. Certain chemicals pose concerns because of their ability to corrode, stain, burn, irritate, etc.

Admittedly, troubleshooting is more difficult on product that's been taken from the field; however, certain factors already should have been accounted for during trial runs. The supply-chain (i.e. transportation, handling, and storage), for example, should already have been modeled for whatever hazards it imposes on the seal so that the seal can be designed accordingly. Environmental impact also should be known and controlled; elevated temperatures, for example, can cause the finish on a plastic container to soften and deform, causing discontinuities in the seal, resulting in leakers.

Troubleshooting induction seal failures requires a systematic approach. Considering that nothing less than the product's image and the reputation of the brand owner are at stake, it's worth the time and effort. A good induction seal pleases everyone associated with the product. In that sense, it's a seal of approval.

Sterling Anthony is a consultant, specializing in the strategic use of marketing, logistics, and packaging.  His contact information is: 100 Renaissance Center-176; Detroit, MI 48243; 313-531-1875; 313-531-1972; sterlinganthony1@sbcglobal.net; www.pkgconsultant.com.
Related Stories 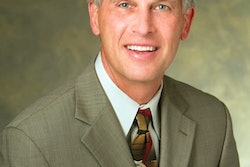 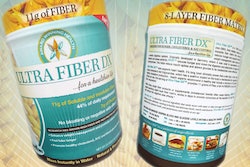 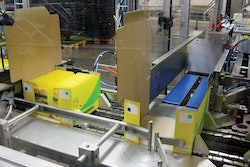 Sliced cheese line is keyed by automation and accuracy