Holograms employed in the anti-counterfeiting battle

Sophisticated replication techniques have made counterfeiting and fraud a serious threat to the pharmaceutical industry. The World Health Organization estimates that annual earnings from the global sales of counterfeit and substandard medicines exceed $32 billion.

Drugs and packaging are both counterfeited, putting lives at risk. Diversion of legitimate product outside authorized distribution channels is another problem. In response to this problem, many of the world’s leading pharmaceutical companies have directed their efforts at authenticating their packaging as part of the process of protecting their products.

As a result, diffractive optically variable devices—referred to generically as holograms—have become a widely used overt authentication feature on pharmaceutical products around the world.

Since Glaxo first used a tamper-evident hologram to seal packs of Zantac in 1989, holograms have been employed by the industry. Many major drug companies use holograms on at least some of their medicines in selected markets, using them in the form of labels, seals, hot-stamped patches, and blister foils, designed to be easily recognized yet difficult to copy accurately.

The evolving role of the hologram has also been accompanied by the increased use of the security device in combination with other authentication technologies.

Holographic foils can be used to differentiate product at the point-of-sale—something Colgate Palmolive recognized when it launched its new ‘Total and Whitening’ branded toothpaste, aimed at the premium end of the market.

Colgate Palmolive needed its high-quality brand to stand out from the market, opting to use holographic foil to reinforce the values of the ‘Total and Whitening’ brand while simultaneously ensuring the packaging was visually attractive enough on shelf to catch the eye of consumers. Shown in the photo here, the distinguishing visual effects holography brings were identified as a powerful tool in building a strong and powerful message and instant recognition of premium value. API Holographic Ltd.’s HoloFOIL™ was specified to offer a flexible design solution that could also withstand fast production speeds.

Another trend has seen the serialization of holograms as part o+f systems that combine authentication with traceability. Track-and-trace systems link on-pack security devices with database management and field-tracking services. In this way, the ability to know where a pharmaceuticals consignment has been, where it is now, and where it is heading has become a fundamental part of many drugs companies’ production and logistical operations.

That knowledge is particularly important where the ability to identify the source and provenance of products is becoming a mandatory requirement, as it is in the U.S. with the Food and Drug Administration. Although the U.S. is now considering making the use of security marking on some pharmaceutical products mandatory using “overt optically variable counterfeit-resistant technologies” to protect consumers from fakes, the hologram is already specified as the authentication feature on the world’s only statutory pharmaceutical marking scheme—the Meditag program in Malaysia.

This initiative requires all registered medicines, OTC pharmaceuticals, and traditional medicines to carry a uniquely numbered label built around a hologram. The system is supervised by a central authority that controls the issue of tags, and trains inspectors to examine holograms through the distribution chain.

Since its introduction, this system has led to a significant increase in the identification and confiscation of illegal items from the market and prevented their entry into distribution channels. As a result, consumer confidence in the integrity of pharmaceuticals has increased and public health has been safeguarded.

More recently, the NAFDAC (National Agency for Food & Drug Administration and Control in Nigeria), has announced that it is planning to introduce uniquely numbered holographic labels to be used on all licensed medicines distributed in the country.

Holograms aim to be difficult to copy. While the product and packaging they protect may have been counterfeited, the lower quality copy of the hologram has more often than not been the feature that has demonstrated that it is a counterfeit. In this way the hologram serves as a detection feature. When sophisticated criminals have the resources to reproduce packaging that is barely distinguishable from the genuine, the same cannot be said of the fake holograms.

As an example, the situation involving Artesunate, an anti-malarial treatment, is often quoted. It is reported that more than half of the sales of this drug in Southeast Asia are fake, despite the blister pack incorporating a hologram. Despite the fact that the hologram used is relatively simple and has been used unchanged for several years, the fake holograms are identifiable as such.

The problem is that in a region of low rural literacy, high poverty, and poor drug regulation, where medicines are sold in street markets and non-specialist shops, most buyers and users of Artesunate see a hologram and think this means the medicine is genuine.

The overall conclusion should be that the Artesunate case is a classic example of how not to manage a hologram authentication program on a brand of medicine. The hologram has not been redesigned since it was first introduced and insufficient attention was paid to the distribution, examination, and purchasing patterns in the region.

In contrast, there are many examples of how holograms continue to provide a successful and vital detection function in pharmaceutical anti-counterfeiting strategies. In all these cases it is widely understood by those involved that formal inspection of the hologram provides the quickest way to identify a fake product, even if this then needs to be supported by forensic examination.

Pharmaceutical companies and organizations involved in successful anti-counterfeiting efforts also recognize that it should not be the sole responsibility of the consumer to examine a hologram to check that the product is genuine. Rather than rely on untrained members of the public to identify counterfeits, it must be the primary responsibility of manufacturers and the enforcement agencies to ensure that fake pharmaceuticals should not be able to enter the legitimate supply chain in the first place. This is why successful brand protection programs now involve formal examination and inspection systems at different stages in the distribution network.

Article supplied by the International Hologram Manufacturers Assn. (IHMA), made up of 90 global producers and converters of holograms for banknote security, anti-counterfeiting, brand protection, packaging, graphics, and other commercial applications. 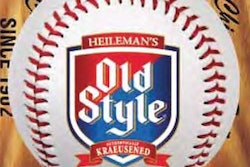 A winning package for Old Style and the Cubs 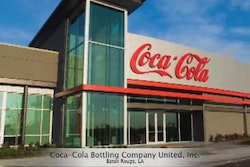 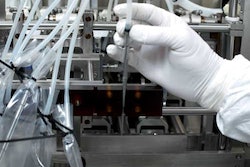