The packaging executives gathered at the U.S. Food and Drug Administration track-and-trace workshop in mid-February didn't mean the bird when they talked Turkey between sessions at the FDA White Oak Complex in Silver Spring, MD. 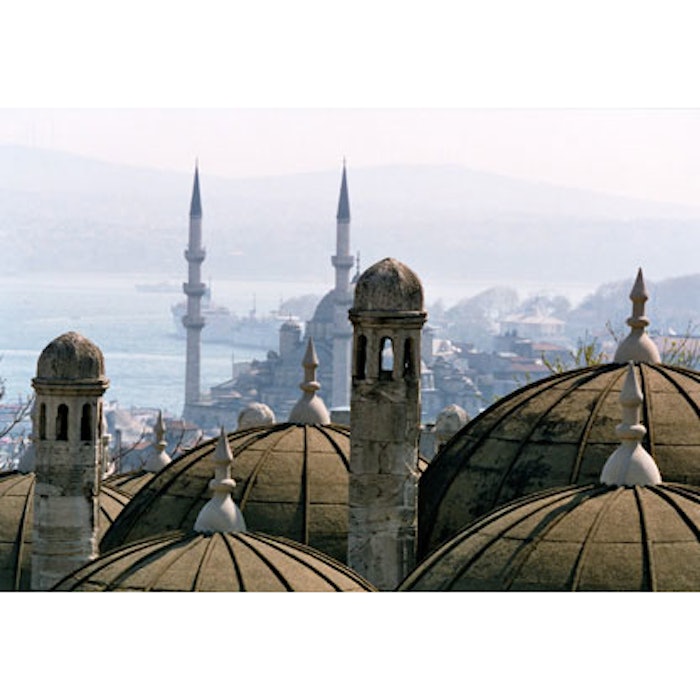 They were referring to the country--more particularly--its drug package serialization requirements, which have gone into effect, and whose requirements and standards may or may not jibe with the standards the FDA is starting to develop for the U.S. market.

The workshop was held so that the FDA could get industry input into standards it is developing for track-and-trace of item-level pharmaceutical packaging. The FDA Amendments Act (FDAAA) passed in 2007 requires the FDA to establish standards on authentication, interoperability, and data management. Pharmaceutical manufacturers, who swarmed the two-day workshop, voiced concern that standards the FDA might develop could conflict with those underlying the pharmaceutical packaging security programs already instituted by Turkey, whose program will probably be mimicked by countries in the European Union.

Turkey has been out in front, internationally, in requiring serialization of drug packages, with France a close second. The U.S. is in a catch-up position. The 2007 FDAAA doesn't actually require manufacturers to serialize packages or to track-and-trace them; it just tells the FDA to develop standards manufacturers can use. However, the state of California does require manufacturers to serialize packages starting in 2015, and to pass an electronic pedigree. Nearly everyone in the U.S. pharmaceutical industry expects the FDA, with a congressional grant of authority or without, to require e-Pedigrees nationally--or even a more robust track-and-trace system--so as to avert a patchwork of 50 state laws kicked off by California's action.

Even Virginia Herold, executive officer at the California Board of Pharmacy, appearing at the FDA workshop via video conference from California, said, "We need a federal solution, although I'm not sure when that will start."

The problem is, from the standpoint of pharmaceutical manufacturers, that the U.S. seems headed down the track-and-trace road while Turkey and France have stopped well short of that, complicating matters for companies, such as GE Healthcare, which manufacture off one packaging line for multiple countries.

Gordon Glass is director of manufacturing project management at the medical diagnostics unit at GE Healthcare, which has finished serializing the packaging line at its Cork, Ireland manufacturing plant. The plant produces contrast media products used in conjunction with x-ray and MRI devices. Turkish requirements have been a big motivator for GE Healthcare, since its Cork plant produces product for Turkey (and the U.S. for that matter). GE Healthcare will be serializing 12 other packaging lines at Cork, and in Norway and Shanghai, between now and 2014 as countries around the world, including the U.S., impose anti-counterfeiting packaging requirements on item-level drug packages arriving at their borders.

In Cork, 2D bar codes are printed on individual packages, with the information within that bar code consisting of the national drug code plus a unique 20-character alphanumeric code the company picked out itself. That standardized numerical identifier (SNI) plus the lot number and some other data printed on a 2D bar code on the unit-packages label then is authenticated at the end of the packaging line and uploaded to a corporate data repository. For product destined for Turkey, the SNIs are sent to the Turkish Ministry of Health where they are then downloaded to the pharmacy, which verifies them by checking the Turkish-administered data repository.

California's requirement will be more complicated for manufacturers. They will have to print SNIs on both the unit-level package and the case into which like packages are put at the end of the packaging line. Then those two SNIs have to be "aggregated" into a parent/child relationship, and that data is uploaded to a company repository where an electronic Pedigree is created. That pedigree is passed down the distribution line with the other handlers of that case inputting their data into the pedigree. These pedigrees would be formatted based on a GS1 standard called the drug pedigree messaging standard (DPMS) developed in 2007. However, many view that standard as antiquated, and GS1 is working on a successor standard.

A track-and-trace system, which many U.S. manufacturers believe the FDA will eventually impose, requires additional steps and costs. Like a pedigree system, unit-level packages and their cases are tracked forward. However, they must be able to be traced backward, also. "In a full track-and-trace system, you have to make changes to your manufacturing resource planning system, warehouse management system, and order-to-cash system to track the item-level SNIs and maintain the parent/child data, instead of simply tracking lot numbers, which is what we do now," explains Steve Drucker, director, global pharmaceutical commercialization, packaging technologies & compliance, Merck & Co. "It is a huge endeavor, and the complexity is far beyond anything we have tried before, as are the costs." Drucker says estimates of costs for full track-and-trace compliance exceed $100 million for most large manufacturers.

In both an e-Pedigree and track-and-trace system, theoretically at least, cases must be opened in a warehouse and the 2D bar codes on the packages read so as to insure that the packages inside are the ones that left the manufacturer. This is a huge problem for manufacturers and distributors, especially, from the standpoint of the time it would take, and the associated costs. California allows "inference," which implies wholesalers and others would not have to pull cases apart to check SNIs, and affirm the parent/child relationship between each package and the case.

Dirk Rodgers of RxTrace.Com explains that the California Board of Pharmacy must draw up rules so that companies will know how they can make use of inference. "It is possible that the Board could create rules that define the concept so narrowly that it will be a far cry from what the industry means when they use the term," he says. "We’ll have to see where they take it."

The concern among manufacturers attending the FDA workshop was that the agency's track-and-trace standards would turn into requirements, forcing companies to spend much more on their packaging lines and associated systems than they are currently doing to comply with Turkish and French requirements, and requirements expected from the European Community as well.

Nathan Habeck, senior manager an executive at Baxter Healthcare, asked Jung why the FDA doesn't develop track-and-trace standards based on lot numbers instead of item-level standardized numerical identifiers (SNIs). "There seems like there is a lot of cost and complexity for item-level tracking," he stated.

Connie Jung, senior policy advisory in the FDA office of pharmacy affairs, replied that the FDA had no wiggle room: the FDAAA requires track-and-trace standards for item-level packaging.

But Merck's Drucker, who was at the workshop, says that the FDA should "allow a technology migration path" for pharmaceutical companies, perhaps setting up Turkish-style requirements first and then, perhaps, increasing requirements over time.