As Petrus relates, other challenges included creating a pack for the new brand that was innovative and distinct. “We didn’t want to be a ‘me-too,’” he says. Reclosability was also a requirement, as was a package design that provided some sustainability attributes, to align with the company’s focus on green. Contour’s color scheme isn’t a fluke; the company’s core battery technology, CFX, is said to provide a safer environmental design, as it eliminates heavy metals and other toxic materials.

To help design and produce a package that met these challenges, Contour worked with sustainability solutions provider NextLife Packaging Group and its licensees and manufacturer partners First Choice Packaging Solutions (FCP) and CardPak. The result was a cleverly constructed, reclosable blister pack made from responsibly sourced, 100% recyclable materials.

Along with being more environmentally safe, Contour’s core battery technology is also said to offer greater runtime, better discharge rates, and a longer shelf life. Applications for the battery technology include the automotive, industrial, military, and medical markets. While the company has been involved in some joint-venture product developments in these areas, Petrus says, “it takes a long time to have designers design their devices around your batteries.”

In the meantime, Contour grasped the opportunity to enter the budding 3DTV market. According to research published by the Consumer Electronics Association and cited by Contour in November, there is already relatively strong demand for 3DTV, with potential sales forecast at 8.25 million 3DTVs in 2011.

Contour’s 2025 and 2032 lithium coin-cell batteries for 3DTV glasses are compatible with five of the major television manufacturer’s products and are reported to run up to 12 hours and 34 hours longer, respectively, than competing brands.

Petrus notes that another one of the challenges of the package design was to create a blister pack that could engagingly display six batteries, while still provide enough room on the card to effectively market the new brand and its benefits. “We didn’t just want to lay six batteries across the card,” he said.

FCP designed the package with a blister that features “stadium seating” for the six, quarter-sized batteries. In the blister, a row of three coin cells is displayed prominently in front, with three elevated coins seated behind. Explains Steve Thomas, national sales manager for FCP, “We designed a negative draft into the blister cavity to allow for the batteries to ‘snap’ into each cell cavity and stay in the stadium seating format.”

Contour also required that the value pack of batteries include a reclosable feature to allow consumers to store unused coin cells. As Thomas explains, First Choice designed a negative draft into the perimeter sidewall of the blister to create friction and “lock” the back panel inside the front panel (after the blister card has been removed).

The blister, made from 100% post-consumer recycled PET from IPF, is trapped by a card made from 100% recyclable, 20-pt SBS, manufactured from a Sustainable Forestry Initiative-certified source. CardPak converts the blister card, printing it in five colors on a Komori eight-station offset press with an in-line coater, using agricultural-based inks and its own PakSeal™ EPA-compliant heat-sealable adhesive coating.

FCP packs the batteries at its plant in Fremont, OH, where blisters are formed using a SencorpWhite 2500 thermoformer. Sealing is performed with a four-station rotary sealer from Cosmos-Kabar that has been adapted so that the sealing head does not touch the blister. Therefore, once the consumer is finished with the packaging, the SBS and PET components can be easily separated and recycled. Petrus says that while the initial package does not advise consumers of the package’s recyclability, future iterations will include this messaging.

Currently, graphics on the card include an illustration of a pair of 3DTV glasses, along with copy that advertises, “Max performance in 3D glasses,” and “Up to 10 more movies,” to highlight the product’s intended use and benefits. The main advantages of the batteries and the package are detailed on the back of the pack, along with an illustration of the reclosable clamshell package. A perforation on the back card makes it easy for the consumer to access the blister.

For retail display purposes, the card is die-cut at the top for hanging on a peg. However, Petrus notes that ideally Contour does not intend to go head-to-head with big-name battery brands in the battery center of retail stores. Instead, the package has been designed, along with a custom point-of-purchase display, to be marketed in the home theatre section of stores.

The display, also designed and produced by FCP and CardPak, duplicates the stadium-seating concept with a vacuum-formed base made of .04 black styrene that holds up to 24 battery packs. A paperboard display attached to the back of the base uses bold, eye-catching copy and shimmering holographic foil to attract consumers. “We wanted to have this ‘wow’ factor, whether it be for the consumer or the store personnel,” says Petrus. “We want the store personnel to pick up the package, read it, and understand it so that when a consumer buys their 3DTV, store personnel will recommend our batteries, as well.”

According to Tony Petrelli, CardPak president, the display was decorated using a combination of four-color process litho printing, high-gloss coatings, and spot application of holographic foil to create the desired shimmering effect when viewed from a variety of diffused angles. “It is intended to invite the consumer to look more closely and explore the actual full-blown product on display.”

Contour’s 3DTV glasses coin-cell batteries were launched last October and are currently available in the U.S. and the U.K. through Amazon, Fry’s Electronics, and One Call, as well as consumer electronics wholesaler Petra. The six-battery value pack is priced at $14.99. 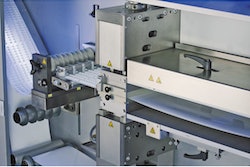 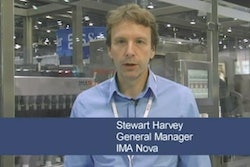 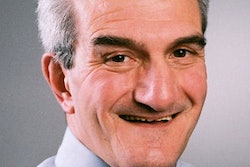