A Google search for “ASTM D3985” brings up many devices that utilize this method, but perhaps the most popular one is that made by Mocon, Inc. known as the Oxtran 2/21. While ASTM D3985 offers a reliable approach to oxygen transmission rate (OTR) testing, the method relies on measuring oxygen transfer under steady-state conditions, which requires extremely sensitive sensors capable of detecting minute amounts of oxygen. Such hardware is expensive to acquire and operate. Therefore, OTR testing has been relegated mostly to suppliers, or it’s been outsourced.

Recent advances in florescence-based gas detection promise to bring OTR testing to the masses with hardware that is low cost, durable, and simple to operate. Oxygen quenches florescence by way of energy transfer in certain fluorescing compounds. What this means is that when oxygen is not present, a light-activated compound will fluoresce brightly, but when oxygen is present florescence will be dimmer. Early florescence detectors calibrated florescence intensity to oxygen concentration. While this method worked well, it suffered from the fact that the entire optical path was part of the calibration, and changes to ambient light and/or optical path would affect measurements. Modern florescence methods rely on the florescence decay constant rather than intensity. This approach allows for separation of the florescent compound from the optical fiber altogether. This is paving the way to real-time, non-destructive, through-the-package measurement of in-pack oxygen concentration.

A Dallas-based company called OxySense has been busy applying this technology to a new type of gas-permeation cell. The OxySense permeation cell differs from D3985 in that it is designed to use a much simpler and less expensive unsteady-state approach. Contrary to the steady-state method described by ASTM D3985, the unsteady-state method does not require continuously flowing, ultra high-purity gases. Instead, OxySense’s unsteady-state approach typically requires one regulated bottle of nitrogen to purge the cell of air in order to start a test. Once the cell is purged, which takes about a minute (and all of about 100 cubic centimeters of gas), nothing but a few hours is needed to obtain the result. Florescence sensors are typically not as sensitive as coulometric sensors, but they do not have to be particularly sensitive when the unsteady-state method is used. In this method, the sensor isn’t looking for absolute amounts of gas, but rather the rate of change in concentration of the gas. Therefore, over time, the device calculates the slope of a curve representing the buildup of oxygen on the side of the film that had been purged with nitrogen. The permeability of the film and the OTR of the sample are a function of the slope of this curve.

Florescence-based gas detection methods promise to reduce the cost of measuring gas permeation. Soon, such testing may be done in-line just as routinely as checkweighing is done today.

Bruce Welt is Associate Professor and Coordinator of the Packaging Science Program at the University of Florida. He can be reached at bwelt@ufl.edu.

Videos from Ametek MoconView all videos 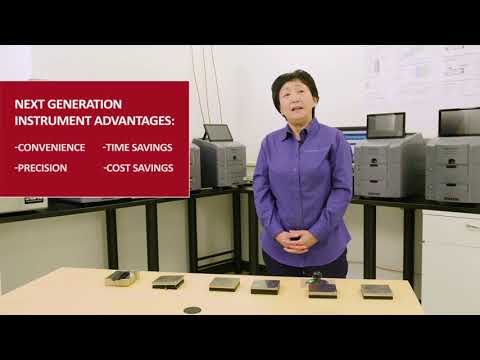 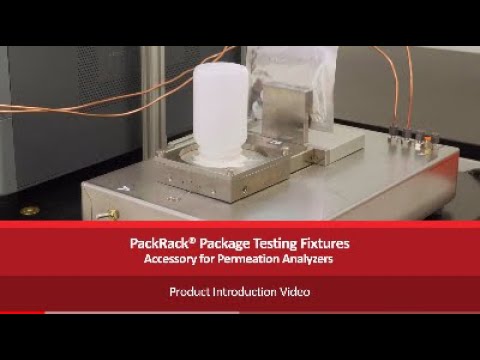 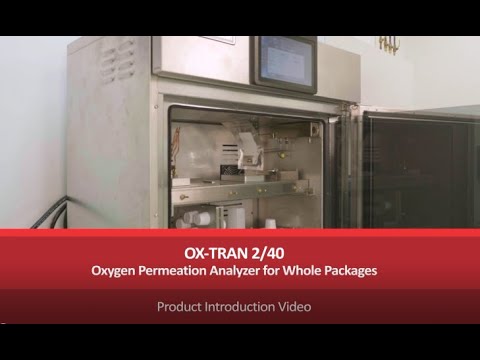