A gorgeous, sunny June day was the backdrop for a ribbon-cutting ceremony in Davisville, WV, that celebrated the opening of a new, 800,000-sq-ft in-house plastics recycling facility that represents a $20 million investment and took just eight months to complete. 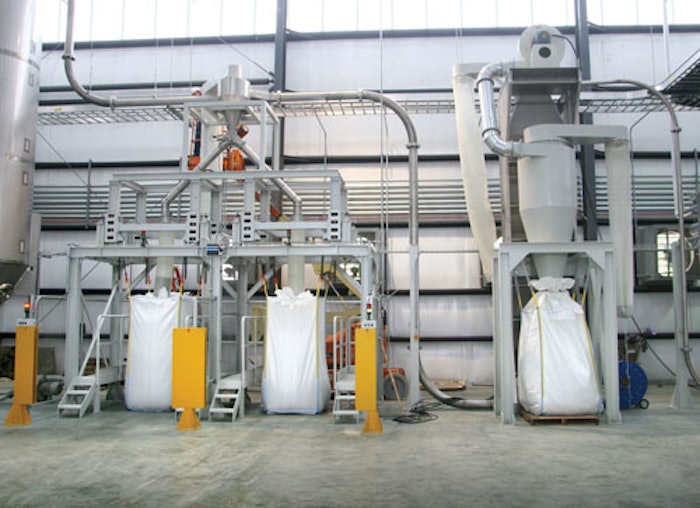 “The opening of this facility is a testament to the commitment of the people of West Virginia,” PWP chairman and CEO Leon Farahnik told assembled guests. “This plant offers some of the most cutting-edge technology available.”

“PWP is making the investment to be ahead of the curve for recycled material in thermoformed packages,” said Farahnik. “We foresee the future, and we’re a firm believer that recycling will have to be part of the program. Our customers will also benefit from our investment in this facility because we’ll have a constant, guaranteed supply of material in a market that continues to increase in demand.”

Farahnik noted that the first phase of the PWP project is estimated to have an annual capacity to recycle 40 million pounds of recycled PET flake and, in the process, cut annual emissions of 30,000 tons of carbon dioxide and reduce annual energy requirements by 398 million kilowatt hours. “That’s equivalent to the CO2 emissions produced by 20,000 flights from New York to Los Angeles,” he added.

Tours of the facility followed the ceremony. As guests walked a carpeted path through the plant, PWP employees explained how the PET flake is washed and cleaned numerous times to ensure removal of label, cap, and tamper-evident neck-band materials, as well as other debris before being polymerized into usable, FDA-grade materials. Nearly all outputs of the process, including the ground cap and band material, are salable for other purposes, guides noted.

Since the opening of its Davisville plant, PWP has announced plans to open a second recycling facility, this one in California, that will also require an initial investment of approximately $20 million. Scheduled to be operational in Q2-10, the facility is projected to have an annual capacity similar to that of the first plant. A second phase, however, projected to be operational during Q2-11, will increase that capacity to 80 million pounds of PET bottles.

To learn more about the Davisville plant and to see a video of the event, go to greenerpackage.com/node/1193