Real-world applications of packaging automation in food, beverage, and other retail-product plants support the conclusions gleaned from a new study on robotics in packaging.

The line currently achieves an output of up to 140 packs/min. The modular design of the line allows for additional capacity: The grouping output can be increased by inserting a second or third TLM-F44 robot in the machine frame.

View the video that corresponds to this feature in the August 2008 issue of Packaging World that details ABB Robots' presense felt throughout packaging. 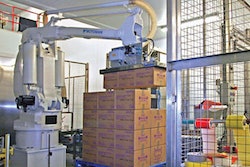 Robotic palletizer brings in the dough 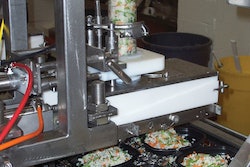