It was only a couple of months ago that an obscure provision about reporting dangerous food products, embedded in a big law that mostly dealt with toughening drug regulation, was the biggest change in food safety law in quite some time (see www.packworld.com/view-24168).

But recently, the Bush Administration surprised columnists everywhere by announcing a sweeping new batch of import safety measures in November. At the same time, FDA announced a “Food Protection Plan” as well. The reporting provisions from a couple months ago, which go into effect in about 10 months, would help induce recalls but still fell short of allowing FDA to explicitly order them. They are now old news, as everybody seems to be suggesting that FDA get new recall power explicitly and tougher penalties to impose, too.

In a rare and surprising display of speedy action, the administration announced a broad range of new steps on the same day a government working group announced recommended steps to enhance the safety of imported food and consumer products. They said, “We suggest this,” and the White House said, “OK, we’ll do it!,” on more or less the same day.

A major focus was on imports, including food imports, which are a booming part of the U.S. food supply that still receives miniscule actual inspection at the border. Enhancing food safety has been a recognized need at least since September 2001, when the possibility of terror attacks on the food supply rose to the surface. The government would like people to think it is attacking this problem quickly, but in fact, it has been dragging its heels.

It probably was the recent rash of China-related issues that helped spur these new efforts, piling onto pre-existing inspirations.

For years there’s been a lot of hollering about how small a percentage of food imports are actually inspected before they are given the privilege of entering the U.S. The Administration’s new action plan says inspections on the way in only give a “snapshot” of the food’s safety. Instead, through efforts to assure the products are of proper quality to begin with, U.S. officials will widen the lens through which quality is viewed.

They’ll do that first by figuring out which products present higher risks, then focusing efforts on those. FDA’s plan would give the agency the power to make producers of some foods from some countries certify that the products meet FDA’s standards, in exchange for speedier import. The names of the certified companies would be public, so other companies and consumers could check on them.

Also part of the FDA action plan are increased cooperation with foreign governments and increased penalties for violations. Not unlike the principles underlying the U.S. concept of “Good Manufacturing Practices,” the action plan contemplates, as President Bush said in announcing the Administration’s plan, “building safety into products from the very beginning of the supply chain.” It’s proactive rather than reactive, emphasizing controls and care all along the way, rather than simply relying on testing the end product when it shows up at our border.

When it comes to penalties, imports already come with an additional source of pain: bonds required of importers to serve as guarantees that penalties will be paid. But the Administration’s action plan notes that standard bond amounts haven’t changed in more than 15 years, so it recommends they be raised.

The Administration also wants the federal Food, Drug and Cosmetic Act, and the laws that control USDA’s regulation of meat, poultry and eggs, to be changed to allow “asset forfeiture” as a penalty for criminal offenses. So the government might grab up your boat, plane, or truck if you knowingly import or move illegal food.

Well, unless something changes, the fact is that so few criminal prosecutions take place now that enhancing the penalties is likely to have mostly a deterrent effect, convincing bad guys not to try to trade in bad food in the first place.
FDA’s Food Protection Plan is based on a trio of concepts: Prevention, Intervention, and Response. Each concept is expected to be pursued in part via changes in the law.

For the prevention piece, FDA wants the power to require some “preventive controls against intentional adulteration by
terrorists or criminals,” and the powers to add special controls for high-risk foods.

For intervention, FDA wants to be able to accredit private parties to make voluntary food inspections and charge companies a re-inspection fee if they fail to meet current Good Manufacturing Practices, among other measures.
The first idea sounds promising: If you deputize private parties to inspect, with the prospect that passing their inspection will substitute for a government inspection, you multiply the availability of inspectors and enhance the number of companies who can be certified as meeting the necessary standards.

The second idea, to borrow a contemporary phrase, sounds like a whole bowl of messy. It’s a toe into the water of imposing administrative fines for food inspection violations, and it’s fraught with tough definitional issues, including these: How much violation is enough to count as a “failure”, how much would the fees be, and how would the fees be determined?

For the response component, mandatory recall power is the key new change in legal power requested, but FDA also wants expansion of the limited access to food records the agency now has under the Bioterror Act.

This big action plan from the Bush Administration and FDA’s food protection plan are promising a swirl of new activity on the legal front. Watch in coming months for announcements about legislation to put these ideas into law, as well as FDA rulemaking proceedings to implement them. Remember to get involved by communicating with Congress about the law, and with FDA about the regulations, if you’d like to see them framed in a particular manner, or not made at all. They won’t know what you think unless you tell them. 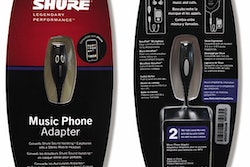 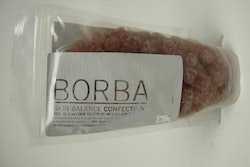 The evolution of natural as a lifestyle choice 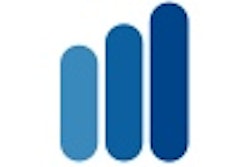