Food and Drug Administration’s drive for healthy manufacturing and packaging in industry through GMPs. 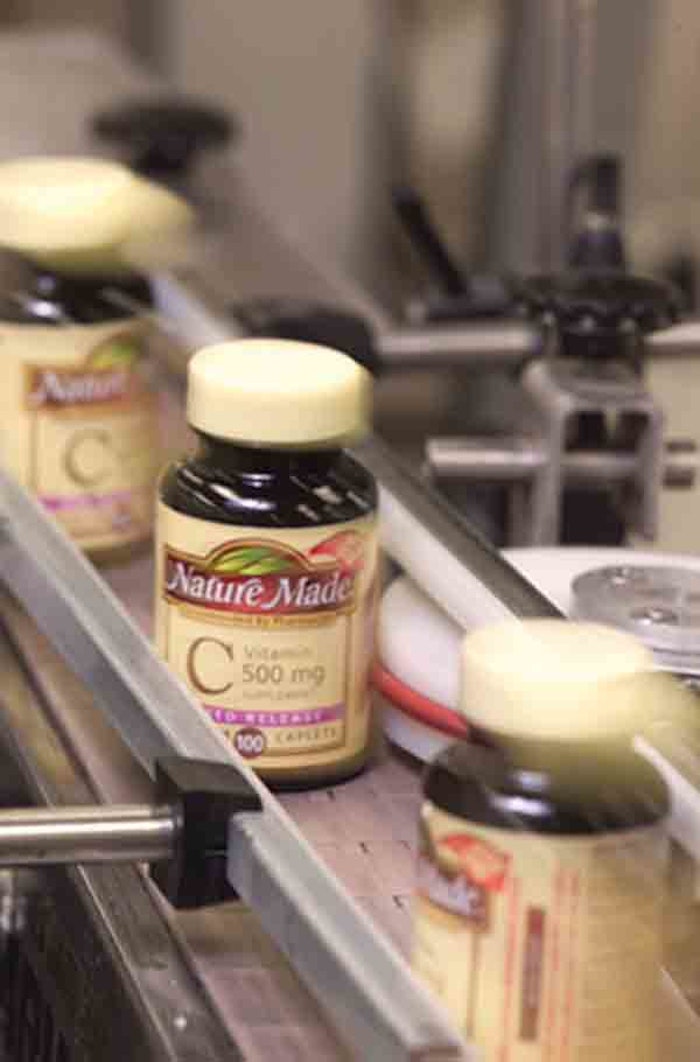 The FDA’s new current good manufacturing practices (CGMPs) for dietary supplements are rich in requirements related to packaging and labeling.

A decade in the making, the CGMP rule, compliance with which will be phased in according to size of company, sets minimum standards for assembly-line contact surfaces, packaging and labeling equipment, inspection of packaging received from suppliers, relations with third-party packagers, personnel hygiene on the packaging line and much more, all within the context of forcing the industry—some of which may already be in compliance—to adopt the kind of CGMPs that the FDA has prescribed for food and drugs.

Paul Bolar, vice president of regulatory affairs for Pharmavite LLC, says larger companies are probably pretty much in “basic” compliance already with the packaging and labeling requirements. He explains that inspection of packaging when it is received from suppliers and after it comes off the production line is “not unusual by any means.” He adds, “Companies that use electronic controls will be in the best shape.”

As an example of the new requirements, and some of their esoteric byways, one only need look at the requirement that a company “visually inspect each immediate container or grouping of immediate containers in a shipment you receive for appropriate content label, container damage, or broken seals to determine whether the container condition may have resulted in contamination or deterioration of the components.”

The adjective “immediate” was added to the final rule to send a signal, apparently, though the FDA does not say so explicitly, that secondary packaging is not subject to the rule. Moreover, the FDA also added the words “you receive” to differentiate packaging a company obtains from a supplier, which is covered under the rule, from packaging the company may manufacture itself, which is not covered. If that visual inspection turns up problems with the packaging, the packaging must be tested.

Andrew Shao, vice president of scientific and regulatory affairs for the Council for Responsible Nutrition (CRN), the industry’s main trade group, says the tests for packaging will depend on the packaging specifications that are set.  “The packager must establish tests that adequately determine whether the specs are met or not and they must document the rationale for why they believe the tests are appropriate,” he explains.

Some of the larger manufacturers quickly lauded the CGMPs.

David Smith, chief science officer for Pharmavite, whose leading brand is Nature Made, says, “We are pleased that the rule includes thorough manufacturing safeguards and extensive quality, equipment and record-keeping requirements. Pharmavite is already in substantial compliance with these new regulations and will quickly implement the balance of the requirements.”

Before getting into more of the explicit details, it might help to sketch in some background. The FDA has been considering establishing CGMPs for dietary supplements since 1994. That is when Congress passed the Dietary Supplement Health and Education Act (DSHEA). That law said the FDA could, not that it must, establish CGMPS for dietary supplements modeled after CGMP regulations for food, but could not impose standards for which there is no current and generally available analytical methodology.

The agency then put out an advanced notice of proposed rulemaking in 1997, and followed that in 2003 with a proposed rule. The preamble to that 2003 proposed rule contained nine examples of what, for want of a better description, might be called “dietary supplements gone bad,” those instances when someone got sick from an adulterated product, or a mislabeled one. None of those nine examples had anything to do with packaging problems.

Nonetheless, the FDA clearly considers minimum standards for and internal surveillance of packaging operations, and definitely labeling, as part of an effective quality-control operation, so they are included in the final rule.

In terms of standards, the FDA does not prescribe them by the letter. Instead, it says that dietary supplement manufacturers must fill, assemble, package, label, and perform other related operations in a way that ensures the quality of the finished product.

This includes practices such as cleaning and sanitizing all filling and packaging equipment, utensils, and containers; protecting manufactured dietary supplements against airborne contamination, using sanitary handling procedures; taking actions to prevent mix-ups; and suitably disposing of obsolete packaging and labels.

These packaging and labeling operations must be conducted in a consistent manner, regardless of who conducts the operation (for example, in the instance where a contract packager comes into play) or when it is conducted.

But the third-party company, a packager/labeler, in this example, must comply with the packaging and labeling requirements, meaning it has to have written specifications for what the FDA labels as “Subpart L” in the final CGMP rule.