The U.S. Food and Drug Administration looks like it will get some help from Congress to encourage drug manufacturers to adopt track-and-trace and anti-counterfeiting technologies on drug packaging. Legislation likely to reach President Bush’s desk would open the door to commercial importation of brand-name prescription drugs from numerous developed countries—importation that is now illegal—as long as the packaging of those drugs meets certain track-and-trace and anti-counterfeiting technology standards.

A different version of the Pharmaceutical Market Access and Drug Safety Act (S. 242/H.R. 360) actually passed the Senate by a veto-proof margin of 68-32 in the summer of 2006 when it was attached to a Department of Homeland Security appropriations bill. That bill would have allowed imports only from Canada.

But Republican leadership in the House refused to accept the amendment, and it was jettisoned from the appropriations bill. This year the House version is being sponsored by Rep. Rahm Emanuel (D-IL), the number two Democrat in the House. Sens. Byron Dorgan (D-ND) and Olympia Snowe (R-ME) are carrying the ball in the Senate as they have for the past half-decade; that bill has support up and down the political spectrum, including from Sen. Trent Lott (R-MS), the number two Republican in the Senate.

The Dorgan bill would require U.S. wholesalers and importers who want to either reimport prescription pharmaceuticals that were originally manufactured in the U.S. and exported to Canada and Europe, or drugs that were initially manufactured there, to insure that each package is armed with track-and-trace and anti-counterfeit technology.

The Dorgan bill gives the FDA—which would have responsibility for inspecting the imported packages—considerable latitude here. The FDA would have to insure that the wholesaler could prove the chain of custody back to the manufacturer. But exactly how that would be done has yet to be worked out.

The bill says that the methodology for insuring chain of custody "may" include standardized anti-counterfeiting "or" track-and-trace technologies that would "identify the discrete package of the drug." But the bill notes that those technologies must be economically and technically feasible.

The bill then goes on to mention additional packaging requirements. The first additional requirement is that each package would have to contain a standardized numerical identifier unique to each package, which appears to parallel the California 2009 requirement for drug package ePedigrees.

Next, the package would also have to have overt, optically variable counterfeit-resistant technologies which meet certain standards: one being visible to the naked eye, but also incorporating additional layers of non-visible covert security features "up to and including forensic capability."

A section of the bill labeled "Standards for Packaging" requires the anti-counterfeit technologies already specified in earlier sections of the bill be incorporated "into at least 1 additional element of the physical packaging of the drugs, including blister packs, shrink wrap, package labels, package seals, bottles, and boxes."

It would be up to drug manufacturers, both domestic and foreign, as to whether they wanted to adopt anti-counterfeiting measures for their packaging, if in fact the FDA says inks, holograms and whatever else are economical.

The manufacturer would not be forced to do so, though. Only in instances where they wanted their drugs re-imported into the U.S. would the manufacturer have to meet the FDA’s re-importation packaging standards.

The entire mainstream drug industry, both manufacturers and wholesalers, seem to be united in opposition to the Dorgan bill.

This is a little bit surprising since the drug manufacturers would be in the driver’s seat as to whether their products are re-imported.

Nonetheless, PhRMA, the drug manufacturers trade group, has mounted an all-out effort to derail the bill. Its opposition is in part predicated on sowing doubts about the effectiveness of anti-counterfeit packaging technologies.

"Visual inspection of drug packaging and labeling is not a viable method for accurately identifying counterfeits," says Billy Tauzin, president of PhRMA, the drug manufacturers trade group. "From a practical standpoint, drug packaging and labeling—and the overt counterfeit-resistant features incorporated therein (e.g., color-shifting inks, holograms)—are too varied and numerous to provide for the real time verification of drug products."

One trade group for companies offering anti-counterfeiting technologies to packagers is called the Brand Protection Alliance. It is headquartered at Acucote Inc. (www.acucote.com), a supplier of pressure-sensitive roll labels, whose executives fill a number of positions on the BPA’s executive leadership. None of those Acucote executives or other members of the board of directors of the Alliance responded to an e-mail asking whether Tauzin’s criticism is accurate.

Tauzin also refers to a Congressional Budget Office (CBO) estimate of a previous iteration of the Dorgan/Emanuel bill, which said that bill could "raise the cost of prescription drugs by as much as $2 billion in the first year." But Dorgan counters with his own CBO estimate that his legislation would save consumers and the government $50 billion over ten years, with $6.1 billion of that in savings to the federal government.

Barbara Brungess, director, corporate & investor relations at Amerisource Bergen, notes that the major drug wholesalers oppose drug re-importation. She also wonders whether European countries, which subsidize the low selling prices of pharmaceuticals manufactured there, will just allow those cheaper drugs to be exported to the U.S. "Those countries could certainly put up barriers," she explains, so that those governments wouldn’t be subsidizing U.S. consumers.

Secondary wholesalers are much more eager to re-import drugs. The problem is, says Robert Drucker, president and CEO of RxUSA Wholesale Inc., that the Dorgan bill does not require a brand-name manufacturer to pass a correct pedigree to every wholesaler who wants it. RxUSA is a secondary wholesaler, meaning it buys its drugs from 30 mostly smaller manufacturers, none of whom are members of the Healthcare Distribution Management Assn., which represents the "Big Three" wholesalers. Pfizer, GSK, Lilly and the rest of the big drug manufacturers sell drugs only to the Big Three, that is Amerisource Bergen, Cardinal and McKesson.

Drucker and other secondary wholesalers would like to bring in prescription drugs from Europe and Canada, if Pfizer, GSK, Lilly and the others would supply them with the information on each drug package, which a pedigree requires. "But it ain’t going to happen," says Drucker.

And counterfeit Lipitor, Viagra, Celebrex and many other drugs continue to reach the U.S., a flow which could be staunched by the Dorgan bill’s legalization of commercial re-imports meeting careful anti-counterfeiting standards. 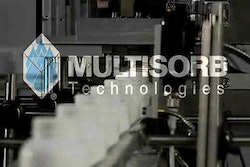 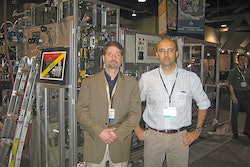 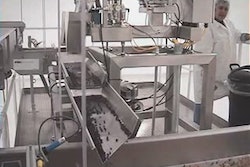