And just like that, packaging for irradiation is broadened

There may never have been a technology quite like irradiation of foods and packaging. Legal clearances for its use keep expanding, but commercial acceptance of it doesn’t appear to be keeping pace.

It doesn’t make food radioactive, of course, but many consumers nevertheless have a level of discomfort with the idea. Still, one or two more food contamination scares on front pages and on TV news, and the public might start giving up its willies over exposing food or packaging to gamma rays, X rays, or e-beams to sanitize them.

Using radiation to sterilize food or slow the growth of harmful bacteria—or to slow food maturation—is an effective technology. It can be a sensible choice for a processor or packager, and it can avoid the need for chemical preservatives. Because, as discussed below, irradiation is a food additive, a processor needs to ensure that both the food and the packaging it’s placed within have the Food and Drug Administration’s clearance for irradiation.

In the most recent episode on the packaging irradiation front, FDA agreed to a rather broad-based expansion of the permitted packaging materials. It agreed to allow any already approved packaging material to be used to package food being irradiated, but only if the packaged food is already cleared by FDA to be irradiated and is under an oxygen-free environment or is frozen and under a vacuum. The radiation dose cannot exceed 3 kilograys, and the irradiation has to be performed otherwise in full compliance with FDA’s regulations in 21 CFR Part 179. What’s huge about this is that any cleared packaging materials or indirect additive can be used under those conditions to irradiate food, not only the dozen or so materials that had been cleared before for irradiation. Under FDA’s new decision, substances cleared via regulation, or an effective Food Contact Notification, or a Threshold of Regulation exemption, can be used incidential to irradiating packaged foods under the stated conditions.

FDA’s means of doing this was its acceptance of a notice filed under its Threshold of Regulation procedure. The notice claims, and FDA agrees, that the uses of irradiation on the materials described in the notice will not result in dietary exposure to radiolytic products (byproducts of exposure to irradiation) at levels over FDA’s regulatory threshold, which is 0.5 parts per billion. For that reason, FDA regulation exempts these presumptively safe exposures from having to get FDA approval as food additives, and instead they are cleared for use by FDA under the mechanism of the Threshold of Regulation.

The law underlying all these actions is that perhaps counter-intuitive provision saying that sources of irradiation are food additives. So unless a use of irradiation is exempted by the ToR or on some other basis, it will be regulated as a food additive. As a result, FDA’s implementing regulations list foods that can be treated with radiation, and separately list packaging materials that can be treated with radiation, specifying conditions and limitations for each, just as it does with any other approved food additive. Because exposing food to radiation’s energy can change it, it’s akin to adding a food additive to the food, and it’s necessary to ensure that any chemicals made via the process, or “radiolytic products,” are safe. Radiolytic products created when packaging polymers and other materials are exposed to radiation’s energy might make their way into consumed food, so they have to be established as safe, too.

ToR clearances are available for anyone else to use, just like published food additive regulations (though unlike effective Food Contact Notifications).

Irradiation reduces the number of pathogens both in and on food, and irradiating food in the package prevents recontamination of the food subsequent to treatment. When prepackaged foods are treated with radiation, the packaging materials are incidentally irradiated.

This most recent FDA decision is a wholesale jump, whereas most of the history of regulatory approvals of irradiation has been piecemeal. Food by food, packaging material by packaging material, the uses expanded in response to individual petitions, for example in 1997, when FDA cleared the irradiation of refrigerated or frozen uncooked meat, meat byproducts, and certain meat food products. Sometimes a material was cleared for use with one form of irradiation but not the others. For many years, the FDA’s regulations contained a list of cleared materials that didn’t match well with the materials packagers wanted to use, listing many films but not many solid structures, and not always allowing use with all forms of irradiation.

One exception to the bit-by-bit approach was an FDA policy from back in 2000, in which the agency implemented a policy that had the effect of declaring that any packaging material that’s cleared for use with any of the three forms of radiation—gamma, e-beam or X-ray—could be used with any of the three. They declared that expansion as a one-year temporary policy, then made it permanent.

The three forms each have their own advantages and disadvantages. For example, e-beam and x-ray can be turned on and off and don’t employ radioactive isotopes, but e-beam doesn’t penetrate food surfaces as well as the others. Gamma and X-ray can be more effective with some foods, but for gamma, the security and management and safety issues that come with radioactive isotopes can add cost and complication to a company’s operations.

The submitter of the most recent petition to expand the packaging materials cleared for irradiation is the primary pioneer in this field, Dr. George Sadler of Prove It LLC, a consulting firm (he also serves as senior scientist to Eric F. Greenberg, P.C.). Sadler has been the driving force behind many of the most significant recent expansions of the clearances for irradiation. With this filing, he was working closely with food irradiation provider Sadex.

Making it legal to irradiate a wider variety of packaging materials is like setting the table, but it’s no guarantee the public will come over for dinner. Regulatory clearances appear to be outstripping public acceptance, so far. Consumer groups objecting to the system have exaggerated the safety issues. Their concern with proliferating uses of isotopes at multiple sites is valid. But this can be managed by users, and when it comes to e-beam or x-ray, it’s not a concern at all. 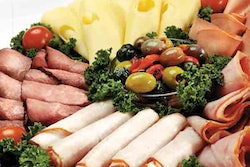 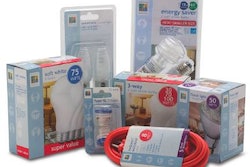 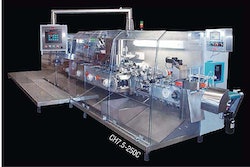 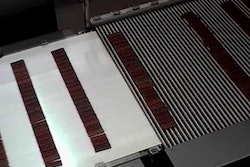