Congress may vote to kill all state food label warning laws, endangering especially those in California.

A House bill setting aside all state laws mandating food warning labels was introduced last October and had gobbled up 200 Democratic and Republican co-sponsors by Thanksgiving. That National Uniformity for Food Act (H.R. 4167) is likely to pass the House in early 2006 and move on to the Senate where Sen. Richard Burr (R-SC), who was chief sponsor in the House for three Congresses, is likely to lead the charge.

The bill’s primary target is Proposition 65, the 1986 California law, whose latest food chemical villain is acrylamide. That chemical is present in many kinds of cooked and heat-processed foods, including French fries, potato chips, other fried and baked snack foods, and bread, to name only a few of the foods in its sights.

Acrylamide is the driver

Acrylamide was listed as a carcinogen on the Prop. 65 list—which now contains 775 chemicals—in 1990. But that was because of its use in industrial products. In 2002, Swedish researchers discovered that acrylamide forms during the baking, frying, or roasting of certain kinds of foods, particularly starchy foods. That was the stimulus for California to consider enforcing the label warning requirement, in effect since 1990, for foods.

When a chemical is listed as a carcinogen or reproductive danger under Prop. 65, it is up to companies using that chemical in a product to voluntarily warn consumers of its inclusion in their product. California does not prescribe the warning statement, as the Food and Drug Administration might. Neither does the state check to see if products contain warnings.

What would force a food company to put a Prop. 65 warning label on a product would be a successful lawsuit brought by the California attorney general, a local district attorney, private individuals, or one of the increasing number of Golden State law firms dedicated to Prop. 65 labeling cases. Allan Hirsch, deputy director, external and legislative affairs at the California office of environmental health hazard assessment (OEHHA), says the state does not keep a list of which food products use Prop. 65 warnings on their labels.

The lawsuit asks the court to require warnings on potato chips and French fries because they have higher levels of acrylamide than other foods. California estimates consumers of French fries receive up to 125 times the amount of acrylamide that requires a warning under current regulations, while consumers of potato chips receive as much as 75 times the level requiring a warning.

The OEHHA had already conducted public hearings on acrylamide prior to Lockyer filing his lawsuit. The state is considering three possible regulatory approaches to acrylamide: One, allowing a general warning to be posted; Two, raising the danger threshold for acrylamide first established in 1990, which would have the effect of excluding some foods from a warning requirement; Three, removing a warning requirement for breads and cereals. OEHHA’s Hirsch notes that no timetable for a decision has been established.

He points out that California has used the grocery store posting option for retailers of fish, who must display signs giving consumers detailed information about mercury levels in various fish products.

Even those relatively moderate options—not to mention any potential stiffer court action mandated in the Lockyer case—would go out the window if Congress passes the National Uniformity for Food Act.

Last April, California’s two Democratic senators, Dianne Feinstein and Barbara Boxer, recruited seven other Democrats to sign a “Dear Colleague” letter urging other senators not to sign on as co-sponsors to a Senate version of the House bill.

They argued the bill is a direct attack on Prop. 65, but threatens other state laws such as ones in Illinois and Pennsylvania regulating the safety of eggs; laws in California, Florida, and Louisiana requiring warning labels on shellfish; regulation for smoked fish in Wisconsin and Michigan; and laws in Maryland requiring the labels disclose if fresh food was previously frozen and thus should not be refrozen.

But the Grocery Manufacturers of America (GMA), which is the chief proponent of the National Uniformity for Food Act, argues those state laws are contrary to Congress’s past insistence on national food rules. Susan Stout, vice president of federal affairs for the GMA, points to passage of the National Labeling and Education Act of 1990 that provides consumers with consistent national food standards include the Food Quality Protection Act of 1996, the Poultry Products Inspection Act, and the Meat Inspection Act.

More than a year ago, Lester Crawford, the FDA commissioner who left his post last fall, wrote a letter to Joan Denton, director of the California OEHHA, saying it was premature to set an acrylamide level in food. He noted that a number of international organizations had refused to indict acrylamide as a problem ingredient in food. Stout says Denton told Crawford “to go pound sand.”

The only substantive objection—beyond Feinsteins’s and Boxer’s objection on states rights’ grounds—raised against the bill came up in late 2004 just before the legislation slammed through the House Energy and Commerce Committee by a strong 30-15 bi-partisan vote. Then Democrats cited objections raised by the Assn. of Food and Drug Officials that the bill would hamstring state efforts to respond to a bioterrorism threat centered on a food-based toxin.

The legislation does have a provision granting states an “imminent hazard” exemption. But Democrats argued it was too unwieldy and time-consuming—a state law would have to be passed—to be worth anything.

Still, given the strong Democratic support for the bill in the House—the top Democrat on the Energy & Commerce Commitee, Rep. John Dingell (MI) backs it—Boxer and Feinstein will have their work cut out for them stopping the legislation in the Senate. 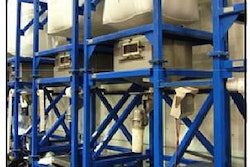 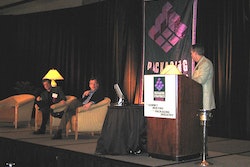 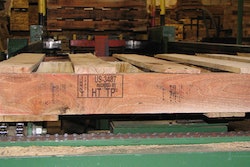