ISU’s R&D lab has a lot on the ball 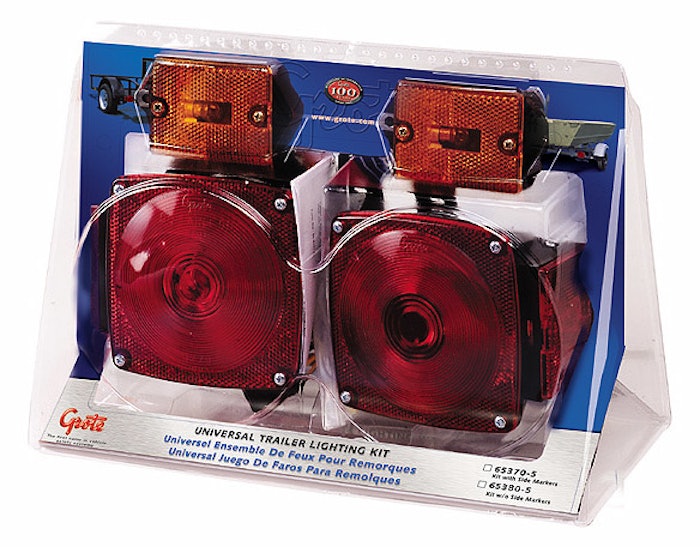 Indiana State University’s Indiana Packaging Research & Development Center has conducted testing and other projects for a range of companies including Bemis Co., Biomet Inc., and Pfizer. And also for Grote Industries, where Kyle Young, who earned a bachelor’s degree in packaging technology at ISU in 2001, is a packaging engineer.

Young is responsible for designing packaging for Grote products that includes vehicle lighting and safety products that target original equipment manufacturers (OEMs) and the auto aftermarket. Grote’s products are primarily shipped in bulk to customers such as Carquest.

Young says he has used the ISU lab—now the formalized IPRDC—for testing of about 50 items yearly. Young regularly makes the three-hour trek to Terre Haute from Grote’s HQ operations in Madison, IN, to deliver products personally and observe testing.

According to Young, about 90% of Grote’s tests center on bulk products packed in corrugated cases using partitions or layer pads. For example, most recently, Young had IPRDC test a new 50-count bulk pack for a new light-emitting diode cab marker (light) that comprised a corrugated container with plastic-coated chipboard partitions.

Grote’s tests have also included consumer-ready retail packs. Young had blisters and clamshells tested at the ISU labs when he redesigned those product lines three years ago. He wanted to confirm that the packaging could withstand heavier products in an extreme shipping and handling environment.

In other tests conducted at the university, Grote has had totes undergo vibration testing, and test lens scuffing that occurred during distribution. That resulted in a materials change to a plastic foam-laminated pouch.

Young also relied on ISU’s testing services for claims adjustment when customers have rejected product due to damage. In one instance, lamp lenses were cracked when they reached Grote’s customer. Young was convinced the lenses were damaged during rough handling in customer production and warehouse areas. ISU’s vibration and drop tests, which adhere to International Safe Transit Association (ISTA) standards, confirmed Young’s beliefs. Armed with the certified test data, Grote was able to reject the claims. “If the fault had been ours, we would have redesigned and moved on,” Young adds. “Testing saved us unnecessary labor hours and materials costs.”

“The fact that it is an independent, ISTA-certified lab is huge,” says Young, “and its costs are competitive, if not lower than, other labs. You can’t beat the lab’s flexibility; in an emergency I can have a test done in a day at ISU when two weeks is the norm elsewhere.”

See the story that goes with this sidebar: ISU gains big assists from industry