It’s part can and part bottle, and marketers at Sapporo Breweries believe this reclosable aluminum bottle will bring new excitement to a premium brand of beer.

Sapporo Breweries of Tokyo is the first in the world to commercialize an unusual new package called the “bottle can” (see story on p. 150). The container was developed and produced by Daiwa Can (Tokyo, Japan).

Sapporo launched the 450-mL (15.2-oz) package for its premium Black Label brand in Tokyo last April. Airports, kiosks, sports arenas and other “grab-and-go” venues were key targets initially. There the bottles are sold individually. But supermarkets are also part of the distribution scheme, where bottles are sold in 24-count cases.

Why put beer in an aluminum bottle topped with an aluminum cap? Partly for novelty’s sake. A key demographic target is young people, who, Sapporo marketers believe, are always eager to try the newest package shape—especially young people in Japan. Sapporo says it calls the container the “Shot Bottle” because the word “shot” has a bold, invigorating sound that it feels will resonate with 20- and 30 somethings.

Novelty aside, this is Sapporo’s answer to the plastic bottles that U.S. and European beer marketers have introduced over the past two years (see packworld.com/go/beer). It gives consumers the shatter resistance, light weight and proven recyclability that makes the aluminum can so popular, yet it has a key advantage over the can: the mouth feel of a bottle. And unlike the can, which Sapporo believes is widely perceived as a commodity package with no value-added features, the aluminum bottle is reclosable.

But why didn’t Sapporo follow the lead of Bass, Heineken, Miller, Spendrup’s and other big brewers in the West? Why not achieve light weight, shatter resistance and reclosability by going to a plastic beer bottle?

The answer is that Sapporo finds three shortcomings in plastic bottles. First, no matter how exotic the barrier layers in a plastic bottle, it’s unlikely the bottle could ever match the impermeability of aluminum. Sapporo codes its aluminum bottles with a best-if-used-by date of nine months after the date of bottling. Beer in plastic bottles launched thus far can’t be dated beyond six months.

Second, plastic beer bottles are heavier. Daiwa Can estimates that a typical 500-mL plastic bottle for beer, including cap and label, weighs about 37 g. The aluminum bottle in the same size, including cap, weighs 24 g.

Third, while the monomaterial aluminum bottle is pre-eminently recyclable, right down to its 28-mm roll-on pilfer-proof cap, recycling a multimaterial plastic barrier bottle is not as simple. Also problematic is the plastic bottle’s closure because it introduces yet another material, typically polypropylene, into the stream of recyclables.

Packaging World visited the Sapporo plant recently and toured the Shot Bottle line with Daisaku Kurokawa, director and general manager of the packaging department, and Kouji Nakashima, general manager of the packaging department. Both men indicated that getting the new line up and running was not without its obstacles. “But we recognized that this new package could add significantly to the company’s sales,” says Kurokawa. “So we welcomed the challenge.”

Nakashima gives Shibuya credit for solving the rinsing/filling/capping part of the equipment equation, despite a pretty short timeline. “We started talking with Shibuya about the package in August of last year,” says Nakashima. “Eight months later, the product was launched.”

One key challenge, says Kurokawa, was figuring out how to evacuate the bottles prior to filling so that residual oxygen wouldn’t attack the beer and shorten the product’s shelf life. With glass it’s easy enough to use conventional vacuum technology for evacuation. But that won’t work for aluminum because the bottle’s sidewalls, just 0.315- mils thick, would collapse from the internal pressure.

The solution: Purge each bottle with carbon dioxide. Each of the filler’s 108 nozzles has a three-channel valve. When the nozzle is sealed to the bottle top, one valve channel fills the bottle with carbon dioxide. The carbon dioxide is heavier than air, so it goes to the bottom and pushes the air out of the bottle through a second channel that vents it outside the filler. Then the third valve channel delivers beer. Shibuya had produced similar nozzles for filling other beverages, says Kurokawa, but this represents the first such application for beer.

Another challenge facing Kurokawa and his colleagues revolved around the deep-skirted cap. While a conventional crown holds almost no volume of air, Sapporo’s ROPP closure is 17.1-mm (0.67”) deep. “Because it holds so much air, it’s more critical than ever that the air be effectively flushed out,” says Kurokawa. Otherwise, shelf life can be severely shortened. One nozzle strategically located just ahead of cap application flushes caps with carbon dioxide, says Kurokawa.

Weighing a little less than 24 g, the empty aluminum bottle requires gentler handling than glass. From testing and on-line experience, Sapporo has determined that as long as bottles aren’t conveyed any faster than 30 m (98’)/sec, denting is not a problem. Filling speed is 800/min.

Depalletizing is the first step in the packaging flow. Bottles arrive stacked 12 layers high with paperboard slip sheets separating each layer. Clear stretch wrap and then plastic strapping are removed by hand. Then the 4껴-count pallet is fed to an automatic depalletizer from Okura Yusoki (Tokyo, Japan), which sweeps bottles from the pallet one layer at a time.

Line pressure gradually narrows the mass of bottles into a single-lane overhead tabletop conveyor that leads to the filling room. Just before reaching the filling room, bottles descend to floor level by way of a vacuum conveyor. During the descent, container bottoms pass over an ink-jet coder for production and date imprinting.

Two rotary rinsers, the first with 108 stations and the second with 144, prepare the aluminum bottles for filling. In the first, a solution of water and hypochlorite is used. The second employs sterile water. Both rinses are at ambient temperature.

According to Kurokawa, the use of rotary rinsers is new to the plant, where immersion washing is routinely used for glass bottles. “We appreciate the smaller footprint of the rotary rinsers,” says Kurokawa. “They’re also very easy to operate.”

As soon as bottles emerge from the second rinser, they’re conveyed into the 108-valve Shibuya filler. Each valve is equipped with an electromagnetic flow meter. By measuring the speed of the liquid flow relative to the diameter of the valve channel, the system’s software calculates how long the valve should stay open for a 450-mL fill.

From the filler, bottles move into the 24-head rotary capper. Also supplied by Shibuya, it applies aluminum capsules and rolls them on over the threaded portion of the bottle. This part of the container, it should be noted, is far thicker than the sidewalls. Otherwise, the neck finish wouldn’t withstand the pressure of the chuck that rolls on the aluminum capsule.

Capped bottles move past a conveyor spur that is used for periodic quality-control checks. Typically the system is set up so that once an hour, a bottle is diverted down this spur. An inspector then weighs the bottle and records the fill weight; the worker also checks the closure torque by hand.

Following an accumulation table, bottles are conveyed through a warmer. Filling is done at 4°C (39.2°F), so warming the bottles helps prevent condensation from forming on the bottles as the product encounters the warm and often humid conditions that prevail in Japan. The condensation could damage secondary packaging.

Exiting the warmer, bottles are conveyed directly to the case packer, or they’re diverted first to the Riverwood carrier applicator before moving on to the case packer. Case palletizing is the last operation in the line, and it’s done by a machine that Sapporo also uses for its aluminum cans.

Because the aluminum bottle is an alternative to the barrier PET bottles that are popping up in other parts of the world, PW asked Sapporo how the two compare in price. But barrier PET bottles for beer aren’t available in the Japanese market, says a Sapporo spokesman, so a valid comparison is difficult to make. The one comparison he does make is with conventional aluminum cans. He estimates that an aluminum bottle and cap costs Sapporo more than a comparably sized aluminum can. (He doesn’t quantify how much more.) But consumers pay the same per milliliter of beer in either package. That means it’s costing Sapporo a little more to take beer to market in the Shot Bottle than in a conventional can. The company says the premium is justified because the novelty of the bottle is generating tremendous brand awareness for Sapporo in general and the Black Label brand in particular.

The Sapporo spokesman also tells PW that the Shot Bottle has done so well in the Tokyo area in which it was launched April 28, that distribution was extended throughout all of Japan beginning June 28. Sapporo is planning to line up other brands in aluminum bottles as well. 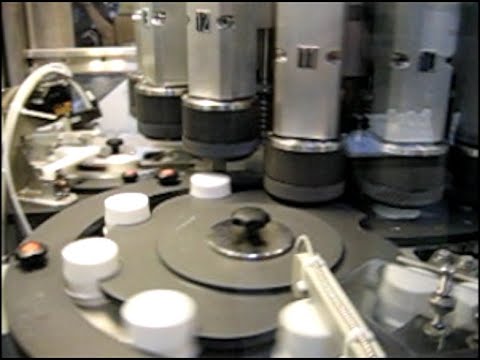 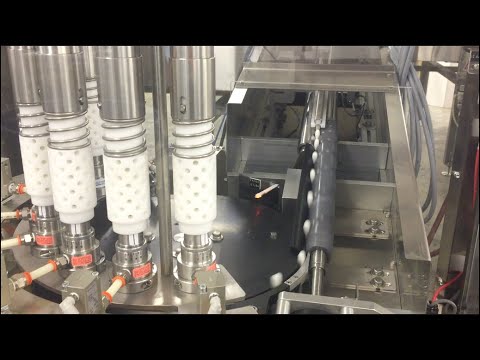 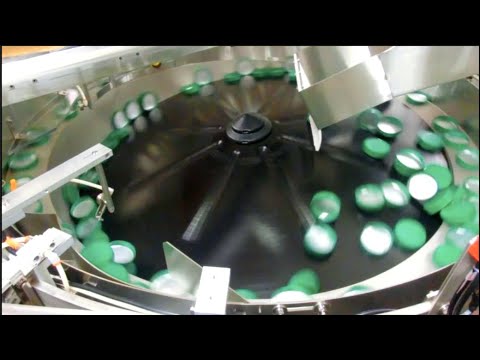 Shemesh Automation will demonstrate a 200 ppm total solution canister wipes line at its $4MM showroom and spares inventory facility to selected market participants during the second half of 2021.
Shemesh Automation
Sep 22nd, 2020

Syntegon Technology launches the Pack 202 horizontal flow wrapping machine for low to medium speeds. It is designed to produce up to 300 packs/min with a film speed of 50 meters.
Syntegon Packaging Technology, LLC
Aug 25th, 2020

When Philippines-based Cardinal Agri faced market demand for smaller units of its bag-in-box coconut cream for the food service industry, it reached out to Liquibox for help.
Liquibox
Aug 11th, 2020

The dot board—part of Baumer’s tesla hot melt product line—is integrated in the control cabinets of machine controllers, establishing a connection between the application heads and the PLCs in such a way that adhesive consumption is dramatically reduced.
Baumer hhs GmbH
Jul 23rd, 2020
More in Primary packaging