On a gray day in mid-March, engineers from eight packaging end users, 21 machinery builders and 12 controls suppliers filed into a conference room in a downtown Chicago skyscraper. It was the first official meeting of the newly formed OMAC Motion for Packaging Working Group, and the first time specific plans were hatched to simplify motion control in packaging machinery (see sidebar).

Prior to this meeting, engineers had aired many general thoughts at previous meetings on how to reduce the complexity of motion control technology in packaging machinery. The March meeting struck a marked difference by the participants' willingness to finally hammer out details. The meeting, led by Keith Campbell, Hershey Foods' director of automation & integration, was sponsored by Packaging World and held at its Chicago offices.

One of the top needs reported by end-user attendees was the desire for a standard way to connect packaging machine controllers both to one another and to existing factory networks.

"I want to be able to connect [a given machine] to my network and tell that machine to do what I want," said Sentekin Can, principal controls engineer with Ralston Purina Co., referring to the ability to download changeover settings into the PLCs via a network. He also added that he was just as interested in automatically retrieving production data from the PLCs via the very same network connection.

Also, Can stressed that time is of the essence: "We're interested in connectivity [standards] today, not two or three years from now." He advised that existing standards should be adopted soon rather than creating a new one in a committee that will be obsolete by the time it's commercialized.

Another top area of concern is the need for a common motion control programming environment. This was an area that seemed to resonate more with machine builders, at least one of whom acknowledged that machine builders are trying to deal with the shift in evolving their expertise from mechanical engineering to software engineering.

"That means in the future, the development of a machine will [require] more programming hours than mechanical/construction hours," said Bernd Junker, manager, electronic development at Rovema Packaging Machines, a maker of form/fill/seal equipment. "For me, the most important goal is a standard programming language for all the applications we [develop]."

Other participants pointed out that a standard language would make it easier to modify or troubleshoot motion control programs written by machinery builder engineers who have left the company.

A few meeting-goers noted that Euro-centric PLCOpen has worked on an IEC-1131 standard for motion control, though largely for single-axis control. However, others pointed out that the widespread support of the standard is still uncertain.

Keith Spiro, a packaging applications engineer at Siemens, pointed out that standardizing motion languages isn't as easy as it sounds, especially differences between PC controllers vs integrated drive/motor packages. "The language to support each of those architectures would be different," he said.

Some end users stated they didn't care which language their machinery builders used. However, Jerry Yen, an engineer from General Motors who leads another OMAC working group and who was assisting the launch of the packaging working group, cautioned against such a limited perspective. "An end user should care how a machine is programmed because it affects you directly if you have to maintain that machine," he told the group. "A standard programming language [can] help OEMs program [or modify] the machine more quickly."

Education was also identified as a key need. For any progress to be made in promoting open architecture digital controls, the education level at end-user companies and at OEMs must change, said Cliff Still, special applications electrical engineer at R.A. Jones.

"If we don't come up with a list of reasons to do it, they'll see it as not worth doing . . . You're asking people to take a new idea of how to look at something," said Still, without educating them by relating new concepts to those they already know. "That's why there's resistance."

Others agreed education was important. Evan L. Hand Jr., electrical systems manager at Kraft Foods, commented that it was important to define the open architecture and connectivity standards first before educating people on what those standards are.

One of the most interesting comments at the meeting came from Wade Latz, manager of packaging systems engineering at Hershey Foods. Latz doubted whether buyers of packaging machinery really care about what kind of controls the machine comes with.

"They care about whether the machine is going to show up on time, if it's going to work, and if it will perform as intended," said Latz. "From the working group here, there has to be a plausible business benefit [of open architecture controls] that must be described to the people in the end-user community."

One of the most encouraging signs for the OMAC initiative was an endorsement by the Packaging Machinery Manufacturers Institute. The trade group "recognizes and applauds" OMAC's effort in packaging, said Maria Ferrante, director, technical services, in a speech to participants. Ferrante offered a number of specific ways PMMI could help the group, including the following:

In contrast to previous OMAC meetings (see packworld.com/go/omac), packaging machinery builders made a strong showing and contributed to much of the dialog. Controls suppliers were, for the most, part quiet.

The next meeting will be held at a date to be announced during Pack Expo Intl. 2000 in Chicago, Nov. 5-9. In the meantime, the working group subcommittees were expected to post proposed goals and timetables on the OMAC Web site (www.arcweb.com/omac) by late May or early June. To keep informed of OMAC activities, e-mail omac@packworld.com.

See sidebar to this article 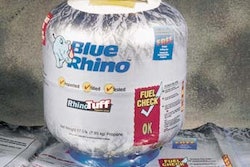 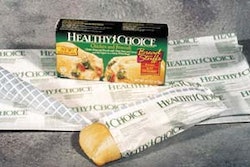