Combo systems at the end of three silicone sealant cartridge packaging lines save space, money and materials at the company's Elizabethtown, KY, facility.

At Elizabethtown, KY, Dow Corning Corp. manufactures silicone sealant products in cartridges, pails and drums that are sold to a diverse range of commercial and retail customers. About a year ago the plant installed three Q-Pal(TM) automatic palletizer and stretch wrapper systems from Lantech (Louisville, KY).

The Q-Pals allow the plant to palletize three different case sizes, as opposed to the one that was possible before the systems were added. Combined, the Q-Pals save 6ꯠ sq' of valuable floorspace at the plant. They've also eliminated the need for outdated and inefficient conveyors, as well as shrink-wrapping equipment, while reducing maintenance costs.

Dow Corning is reportedly the second company to install and use these unusual combination systems on a commercial basis. The plant uses the Q-Pals to palletize cases and stretch wrap loads produced on three sealant cartridge packing lines. The lines produce cases containing either 12, 24 or 30 of the plastic cartridges. Each cartridge holds 10.3 oz of ready-to-use sealant material. One line packs all three counts while two are limited to the 12-count.

Elsewhere in the packaging machinery universe, monobloc rinsing/filling/capping systems and checkweigher/metal detector combinations are fairly common. But end-of-line combinations that share integrated control systems like the Q-Pal are unusual.

Lantech first demonstrated Q-Pal units at last November's Pack Expo in Chicago. At that show, Packaging World editors noticed that beside the palletizer/stretch wrapper combo, other suppliers were also showing palletizers paired with label applicators, labelers with case erectors and coders with case sealers. These pairings may represent a different "turnkey" trend--or simply a savvy approach by suppliers to build equipment sales. Either way, packagers should watch to see if more combos of packaging machinery respond to their needs.

"We weren't necessarily looking for cutting-edge packaging technology when we purchased the equipment," says William Harris, Dow Corning's senior project engineer at the Elizabethtown plant. In fact, he says that the Midland, MI-based company had actually bought a combination palletizer/stretch wrapper "about nine years ago" that still operates on a packaging line in a different area of the plant.

While that system has performed satisfactorily, Dow was steered toward the Q-Pal systems by Xpedx (Covington, KY). "Xpedx is our distributor for shrink and stretch film," says Harris. "They knew that we wanted to eliminate shrink bundling equipment from our lines at the plant and save space. The company represents Lantech equipment and knew that Lantech was getting into this type of combination system. As far as we know, there's only one other company that makes a combination palletizer/stretch wrapper."

Dow Corning decided to buy the Lantech combo for several reasons. "The primary objective was to improve our flexibility," Harris says. "We had customers demand different case counts. Before we added the Q-Pals, our case packers and palletizer limited us to doing only a 12-count case."

Case count, however, wasn't the sole limiting factor. "At that time," Harris notes, "we were using one central palletizer for the three lines. It was about 100 feet away from the case packers at the end of those three lines. We used that space for conveyors to take the cases across our plant to the palletizer, and then to one stretch wrapper. And that's valuable real estate." Harris says this packaging configuration has existed for about 20 years, and the people who created the setup have since retired, so no information was available on why the plant was arranged this way.

"The roller conveyors were not very stable for the smaller 12-count case," he says. "So to prevent cases from tipping over we needed to convey something with a larger, more stable 'footprint'."

To accomplish that, the plant wrapped in shrink film four of the 12-count cases in a 2x2 bundle configuration. "We used a lot of shrink film," Harris concedes. Once overwrapped, the bundle went through a shrink tunnel. All three lines used this combination to deliver a four-pack bundle to the single palletizer.

About two years ago, the Elizabethtown plant began searching for a better way to prepare product for distribution from these three cartridge packaging lines. Its discussions with Xpedx led Dow Corning to purchasing the three Q-Pal systems.

According to Harris, "there's not much science in packing silicone sealant into cartridges. There's nothing new on the packaging lines." Case packers automatically place the 12, 24 or 30 cartridges into a case, which is then sealed with hot melt. Cases are conveyed a short distance to the infeed of the Q-Pal.

Cases convey about 5' along the infeed to a "pacing conveyor" that uses a photoeye to sense the presence of a case. This conveyor then speeds the case for a few seconds to create a gap between that case and the one behind it. Appropriate spacing benefits downstream palletizing functions. At the pacing conveyor, the box may or may not be oriented by a mechanical device so that each case is properly positioned to fit one of 10 pallet stacking patterns used by the plant.

When the correct number of cases is reached on this "row-formation conveyor," a mechanical pusher bar moves those cases onto a slider plate positioned at a right angle to the row-formation conveyor. Once the slider plate is loaded with enough rows to form a layer, the plate moves over a pallet that's positioned on the turntable of the stretch wrapper.

A "pallet dispenser" hopper holds up to 15 pallets stacked vertically. It dispenses an empty pallet to an awaiting conveyor beneath it. That conveyor delivers the pallet to the stretch wrapper's turntable.

After a layer of boxes is placed on the pallet, the slider plate retracts to await the next layer of cases. When a predetermined number of cases is reached, that layer is stabilized by mechanical side and end squaring devices. These devices stabilize each layer on the load.

To stretch wrap the load, the automatic turntable revolves, contacting a clamp that holds the linear low-density polyetheylene stretch wrap film. The film is supplied by Xpedx and made by different vendors.

Once the load is wrapped, a hot wire cuts the film. A cutter/wipe arm wipes down the trailing edge of film onto the load and the wrapped load is discharged to an exit conveyor. The pallet dispenser then delivers another empty pallet to the turntable to accommodate the next load.

The equipment combo has yielded many advantages. "We no longer need the conveyors that carried the bundles to the palletizer," Harris notes. "And that's good, because the conveyors were getting old and required considerable maintenance.

"We were also able to sell the three shrink wrapper and heat tunnel units," he adds. "I can't tell you how much film we no longer need to buy. That's a savings for us, and it means that our customers no longer have to dispose of all that film. That better fits our company's environmental views."

Each of the three machines takes up a mere 297 sq' of space. Harris says that by using the combo units and eliminating outdated conveyors, the plant has opened up about 6ꯠ sq' of space that's now used to store ready-to-ship pallets.

He says that if the Q-Pal systems hadn't been purchased, the plant would have had to replace its outdated conveyors, palletizer and stretch wrapper anyway. "To buy the machinery and conveyors that could have handled the different case sizes our customers wanted would have cost us as much as it did to add the three Lantech's," according to Harris.

He approximates the Q-Pal investment at a bit over $750ꯠ. "The cost was about 30-percent less than it would have been with the other supplier that could have provided the equipment," says Harris.

"We knew Lantech was a well-respected maker of stretch-wrapping equipment, and we were aware that their palletizer manufacturer was well-regarded in the European community. We had great faith in Lantech that they could do a good job in combining the two machines, and stand behind this product introduction. So far, Lantech has done a good job on both counts. We expect a two-year return on our investment," Harris says.

Harris says Dow Corning is so satisfied with the Q-Pal systems that it's ordering another one for a 5-gal plastic pail line. There are also plans to update case packers and other equipment on the three packaging lines so that all three can accommodate the three current count sizes, and be flexible enough to handle additional sizes in the future. 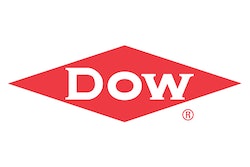 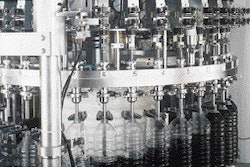