Computer communications gear maker 3Com replaces a variety of materials with a plastic thermoformed tray that protects shipments of its network adapter cards and cuts manual packing time by half.

Jim ButschliJim Butschli
A 3Com employee scans a serial number on an adapter card. That information is entered into the computer at this workstation

When a 3Com original equipment manufacturer customer expressed concern about the number of packaging materials used in cases of 3Com's network adapter cards, the networking products manufacturer searched for an alternative that would limit the number of materials in each case yet still protect the cards during shipment.

In September, the Santa Clara, CA, company found a solution: 25-mil Pentastat(TM) SC8G/16 static control material from Klockner Pentaplast of America (Gordonsville, VA). KPA extrudes polyethylene terephthalate glycol-modified resin supplied by Eastman Chemical (Kingsport, TN). The material is topically coated on one side to deliver the necessary static properties. Rolls of sheet are shipped to Universal Protective Packaging (Mechanicsburg, PA) for thermoforming into 27"L x 191/4"W trays with about a 11/2" depth of draw. UPP ships trays to distributor xpedx (Hayward, CA). Xpedx sets up shipping cases and packs trays in them, delivering the cases to 3Com on a just-in-time basis.

Each one-piece tray holds 10 adapter cards in 10 cavities arranged in a 2x5 pattern. While card size varies slightly, most measure 3"x5". 3Com employs the trays for about 25 different types of network adapter cards. The company ships cards in quantities of 20, 60 and 100, in the same cases that it receives from xpedx. The 20-count version holds two trays, the 60-count six trays and the 100-count 10 trays. Case heights vary to accommodate the different configurations.

The cards are used primarily by businesses to facilitate communication between computers via a network. "We sell to OEMs who install cards into their own computers, to distributors, and to what we call value-added retailers who install the cards and make computers made by other companies network-ready," explains Linda Jones, industrial engineer at 3Com. She estimates that the cards themselves typically sell for between $100 to $400, with the top sellers at the $100 end. While she wouldn't divulge specific volumes, she says the Santa Clara facility alone makes more than one million of these cards every month. She says there are 3Com locations around the globe that also produce them.

"Our old packaging process required the assembler to set up a shipping case, add polyurethane cushion pads, erect corrugated dividers, then place each card into a static shielding bag," explains Jones. Then the assembler had to fold over the top of the polyethylene-based bag and place the bagged card into one of the slots created by the divider. One or two dividers and PU cushion pads were used, depending on what was being shipped in that case. That meant, for example, that a 100-count case required more materials than the 60- and 20-count versions.

The packing process was time-consuming for 3Com. And the combination of protective packaging materials in each case posed handling and discarding challenges for 3Com's customers.

"Originally, we looked at this packaging at the request of one of our OEM customers," recalls Jones. "Once we looked at it we saw benefits to using the tray in our assembly process. We saw that we could use less material with the trays, and we believed it would be advantageous for our customers, too.

"The customer who asked us to look into the tray wanted something that would be easier to use at their facility," she continues. "This customer makes computers, and they were installing these cards at their factory. They had a box of our cards sitting out on their production line, and they needed workers to open the box, take the materials out and remove the card from the static shielding bag. They liked the concept of using just a tray of cards sitting at their workstations so they could just pull them out as they need them."

Jones says the recyclability issue is important to 3Com, though she's realistic about the ultimate advantages when it comes to the environmental issue. "To be honest," she notes, "we don't know if customers will recycle them [the trays], but now they have that option."

Looking back at the decision to use the PETG trays, Aguilar adds, "Our goal was primarily to make packing easier and more efficient while maintaining the same level of protection, both in terms of static discharge and physical damage to the product. We also wanted to reduce the amount of packaging material and ensure that all the materials used were recyclable."

The new trays not only provide electrostatic dissipative properties, they also have high gloss. This makes it easier for 3Com customers to see the cards, which used to be difficult to find among the static shielding bags and "cubby holes" created by the dividers.

3Com also had an outside company conduct drop and vibration tests to make sure the trays would withstand the handling rigors when they're shipped from the thermoformer to the distributor and then to 3Com. Several prototypes were developed before a final version was approved by the California company.

3Com's Santa Clara facility, Jones says, runs 24 hours a day, seven days a week. At the plant, a bare card, or "fab," moves along a conveyor. As it conveys downstream, the card passes several workstations where 3Com personnel add components or conduct product integrity tests to make sure the components on the card are functioning properly. At the front end of the process, a laser is used to burn a serial bar code onto the card.

After the card is made, an operator uses a scanner to scan that serial number. That number is entered into a personal computer, which is networked to a 3Com computer system. The computer checks a database to determine if the card has passed the necessary line inspections to allow for its sale. Once 100 cards pass this process, a Zebra (Vernon Hills, IL) thermal printer prints and dispenses a pressure-sensitive label that an operator places on the corrugated shipping case.

Five similar fab processing lines operate at Santa Clara. At the end of each line is a packaging station where operators apply the p-s label and pack the networking boards. At the end of 1998, Jones said the facility was separating its hand-packing functions from each of the lines to a 5ꯠ sq' area nearby in an effort to provide more space for the process.

"With the new package," says Jones, "the assembler only needs to place the product on the plastic tray, minimizing potential fatigue of hands and wrists. It takes our people half the time to pack the boxes as it did with the previous packaging materials."

The tray, therefore, eliminates the need for the static shielding bags, the inner dividers and the PU cushions. For the new packaging, top cushioning in the case is provided by one of the new thermoformed trays, which is inserted into the top of each case before flaps are closed and the case is taped shut. Asked to compare the economics of the plastic trays with the previous materials, Jones says, "it's a wash."

Jones says the concept has been well-received by customers. Aguilar and Parekh are pleased, as well. "We've been able to streamline the number of packaging materials we use," says Aguilar.

Jones says that 3Com hasn't completely quantified the financial gains made by halving the time it takes to pack the networking cards. "The way our operation works is that about half our workers are temporary, so staffing depends on what products have to be made. But in the past, our largest-count case size took about twelve minutes to pack; now it takes six minutes." 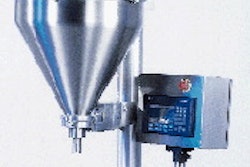 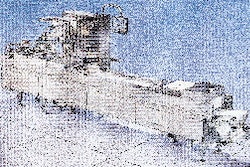