This Ontario brewer designed a can filling line that accepts sizes from 8 to 32 oz. Secondary packaging can be corrugated trays, paperboard or plastic ring carriers.

Can filling lines at beverage plants are among the fastest in the packaging business, with speeds easily in the 2ꯠ cans/min range. Such lines are typically dedicated to one can size, however, so speed is gained at the expense of flexibility.

But at Lakeport Brewing in Hamilton, Ontario, Canada, a line installed last September favors flexibility over speed. On a single line, this Hamilton, Ontario, firm can fill aluminum cans as small as 250 mL (8.45 oz) or as large as 950 mL (32.12 oz). Secondary packaging can be in a variety of formats, too, says Lakeport president Bill Sharpe. Speeds, he adds, range from 850 cans/min on the smallest sizes to 275/min on the 950-mL cans.

"The entire line is designed to be flexible," says Sharpe. "Secondary packaging can be paperboard carriers for twelve-packs, ring carriers for four- or six-packs, or twenty-four count trays with shrink wrap. It's all a matter of diverting the cans in the desired direction."

Sharpe is especially excited about the 750- and 950-mL cans. "They're popular in the province of Quebec, where young males 19 to 30 years old see them as a convenient single-serve package. But we plan to expand them into Alberta and British Columbia. Both provinces are strong can markets, just not in these large sizes. We're also looking at inquiries from Taiwan.

"Other Canadian brewers have some capacity in these large sizes, as does Miller in the U.S.," he continues. "But no one else is promoting it the way we are. We want it to grow. Graphics play a role, too. We're not just relying on line art. We specify wet-on-wet printing technology to produce four-color printing that has some depth to it."

The large 750- and 950-mL cans Sharpe describes come from Reynolds Metals (Richmond, VA), though other vendors are involved with other can sizes. "We also want to diversify the company into some of the newer beverages," Sharpe continues, "the coolers and coffees, for example, or fruit-based drinks that include tequila or vodka or rum."

To package these, a blender and flash pasteurizer are being installed. The blender is able to carbonate a beverage if it's desirable. It can also inject liquid nitrogen so that still drinks can be canned, as well. The super-cold nitrogen turns to gas as it warms, thus creating pressure in the headspace to give the can the same rigidity as a can holding a carbonated soft drink.

Whether under the Lakeport brand or for a private-label customer, this category of coolers, coffees and cocktails has strong potential, Sharpe believes. But because it's still a category in development, it's difficult to predict which can size or sizes will prove most popular. That's why Sharpe wanted a canning line as versatile as the one he installed. The capability of filling a variety of can sizes is a big plus, he says.

At the center of the line is a counterpressure rotary filler from Crown Simplimatic (Lynchburg, VA). The machine has 60 valves but is built on a frame typically used for a 72-valve filler. That's why there's room enough on the can-lift platforms for the large-diameter 950-mL can.

In addition to having only 60 valves, the filler has certain features that help speed up changeover. For examples there are can guides that center each can beneath its valve. These have to be changed each time a new can size goes into production, so they're held in place by just a single bolt and two alignment pins. The mechanic loosens the bolt, turns a clamping device 180° and removes the guide.

Paired with the 60-valve filler is a Model 121-L can seamer from Angelus (Los Angeles, CA). Its drive shaft also drives the filler.

When Lakeport installed its versatile new line, it replaced an older line that filled only 355-mL cans and applied 206 ends. Two machines retained from the old line were the depalletizer and the palletizer, both from Crown Simplimatic. Brand new from the same company is an overhead conveyor that takes empty cans from depalletizer to filler.

Just ahead of the filler is a Crown Simplimatic gravity ionized air rinser. "On the old line we used a water rinse," says Sharpe. "This is cleaner and uses less water."

The air rinser rotates cans into an appropriate rinsing angle. Then it uses a series of nozzles to blow ionized air into the cans. This loosens the hold of static electricity causing minute dust and debris to cling to the inside of the can. The loosened debris is blown into a filtration system that captures it for inspection and disposal. Cans are rotated back to a bottom-down orientation and discharged onto the infeed conveyor leading to the filler.

Cans move through an infeed screw and into the filler/crowner block. The screw separates them so that a starwheel can guide them onto lift platforms that rise to meet the filling valves. The lifting motion ceases the instant the can lightly touches a special rubber-based gasketing material. This material expands slightly to create a firm seal of flange to valve with minimal vertical pressure.

"Our previous filler didn't have this soft-lift feature," says Sharpe, "so we experienced some wrinkling of the sidewalls." Not anymore, he adds.

Exiting the filler/crowner, cans pass through a tunnel pasteurizer. It, too, was retained from Lakeport's previous canning line. After pasteurizing, cans may be conveyed to one of three destinations: a continuous-motion tray packer/tray wrapper, a plastic ring carrier applicator or a paperboard carrier applicator. It all depends on what Lakeport, or one of the many private-label customers for whom it packs, requires.

The tray packer/ wrapper combination, supplied by Kayat (Edgewater, FL), is a model TP-50. Once again, flexibility and fast changeover are hallmarks of the machine.

The tool-free changeover is made possible by what Kayat calls a "positive-stop turret system." It consists of a total of 22 rotary knobs or turrets that control such things as guiderails, the can grouper, corrugated board stops, compression units and so on. To make an adjustment, the operator simply loosens a pin and rotates the turret to the appropriate position, marked by the letters A through F. Once this has been done on all 22 turrets, the tray packer is ready to pack cans in a new tray configuration.

Kayat's other contribution to the Lakeport line is the Model 601-T continuous-motion tray wrap system. It's fed by a single roll of film mounted beneath the machine near the floor. The film travels over a series of dancer bars before being cut to a predetermined length and picked up by a vacuum conveyor. An incoming tray is indexed onto this conveyor by a short, belt-style metering conveyor. A photocell detects the location of the tray and signals a film wrap bar to come up behind the tray through a gap between the metering conveyor and the vacuum conveyor. This bar catches the film's trailing edge and folds it over the tray's leading edge case. All that remains is for the film to be shrunk in the heat tunnel and palletized.

Like the tray packer, the wrapper features no-tool changeover. Film cutting, feeding and wrapping are microprocessor-controlled and servo-driven, which ensures synchronization.

"They build beautiful equipment," says Sharpe of the Kayat machines. "In the old line we had a drop packer that never gave us the nice tight fit we get now. And when cans are loose, they have more tendency to rub against each other and get scuffed."

The 750- and 950-mL cans always convey directly into the Kayat combo. The 355-mL size cans follow the same route if a 24-count tray is desired. But if plastic ring carriers are required, Lakeport uses gates in its conveyors to direct the flow of cans to a carrier applicator supplied by ITW Hi-Cone (Itasca, IL).

"It gives us either four- or six-packs in ring carriers," says Sharpe, "which is useful because the United Kingdom market seems to like four-packs."

Yet another option is to direct cans to a paperboard carrier applicator supplied by Mead (Atlanta, GA). Both 12- and 24-count carriers are packaged. When either plastic ring carriers or paperboard multi-packs are produced, they still convey through the Kayat tray packing system before heading to the palletizer.

As Lakeport awaits the blender and the flash pasteurizer it has ordered for its revamped can line, Sharpe continues to analyze new territories his new line can open to him. Offshore opportunities seem especially appealing, even places as far afield as Russia. Whatever can size these new markets prefer, he'll more than likely be able to provide it.

"With this filler, in eight mechanic hours I'm ready to fill a new size," he says. "At the same time, if a popular size like the 950-mL starts to falter, it's not like I'm dedicated to that size and stuck with equipment I can't use."

Videos from SimplimaticView all videos 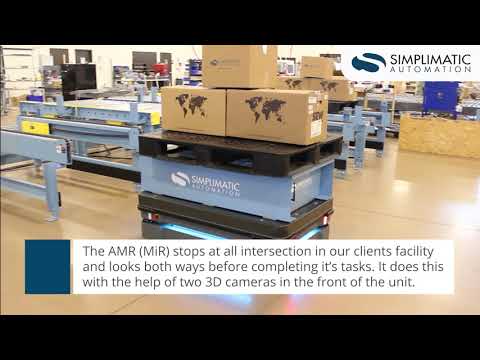 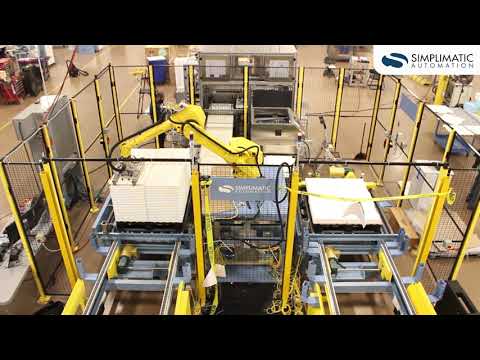 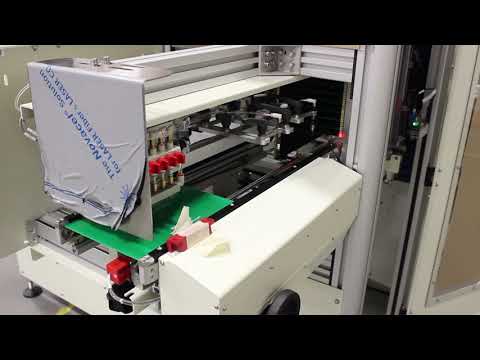