Arnie Orloski
With a case erected and waiting, the packer pushes 12 cartridges into the box before it is transferred back to the line for seal

A $1.5 million investment in a new filling and packaging line has doubled productivity and reduced labor at Pratt & Lambert United's New Philadelphia, OH, adhesives plant. Established and known as Miracle Adhesives, the company became part of the Specialty Products division of Buffalo, NY-based Pratt & Lambert United when it was acquired about nine years ago.

In operation since last fall, the new line automates the filling and packaging operation for the 29-oz adhesive cartridge. From unscrambling and feeding of the prelabeled paper cartridges with plastic dispensing tips, the tubes are filled four-up and sealed on a new Model HVF L430SX system from ProSys (Middlesex, NJ). After inspection, the tubes are automatically packed 12 per corrugated case on a system from Combi America (N. Canton, OH). After ink-jet printing, the cases move into a plant addition that houses automatic palletizing and stretch wrapping operations.

This automated line replaces a semi-automatic packaging system that is now being rebuilt to pack products into a smaller 10.5-oz consumer-sized cartridge. When this rebuilt filler returns to production, it will double the plant's output of that package.

The investment, says company president Jerry Castiglia, "provides for the future growth of a business that has been growing at a compound rate in excess of ten percent over the last several years, resulting in a very optimistic outlook." In fact, says Loren Wallace, assistant plant manager at New Philadelphia, the original concept of expansion of production dates back to Miracle's acquisition. The new line bears little resemblance to what was planned then.

In the interim, Pratt & Lambert United helped expand distribution and marketing of the 29-oz adhesive cartridge (called the "quarter-gallon" size) that only the New Philadelphia plant produces. This size is primarily used by building contractors who install subfloors and drywall in new construction and remodeling. So the upturn in housing starts over the last few years also helped build demand for the products produced at the plant.

The new line runs at about 60 tubes/min, the maximum amount of product that can be pumped from the processing area. The filling/sealing machine works at 16 cycles/min, about twice as fast as the 20-year-old-filler had been running.

"The labor requirements of that line and the system's reliability were not good," Wallace points out. "Theoretically, it could produce about half of what the new line will do. In reality, it was considerably less, and it required more people to operate it. At the time, we were up to capacity on that machine, filling just one product. Our other newer products had to be filled largely by hand.

"Our business in the quarter-gallon size had grown to the point that we were operating at total capacity. So it was very costly to continue to operate that way. Plus some of our new products were growing as well."

When the old machine is rebuilt for the smaller size tube, its capacity will increase. New downstream equipment will create a more modern line that will feed cases of product into the new palletizing/ stretch-wrapping area.

Besides the need for capacity, the plant needed more versatility so that it could provide better, faster service to customers. Pratt & Lambert United has a very strong customer service commitment, says plant manager Don Ren, and that was a major factor in making the investment.

When the company looked for new equipment, it turned to Catawba Packaging (Cleveland, OH), a firm that represents several machinery makers. One is Imbx/Combi America; another is ProSys. Catawba's Jim Whelan brought plant people together with those two companies. In the end, Combi was responsible for the engineering and installation of the packaging line on a turnkey basis, working with a team of employees from the New Philadelphia plant.

At the time, Wallace and Ren looked into buying a line that could handle more than one size tube. "It wasn't feasible economically," Ren says. "A dedicated line makes it easier to spec the machinery and keep downtime minimal." Nor was it justifiable, since about 90% of the plant's volume is in the quarter-gallon size.

The first two machines in the line, an unscrambler from New England Machinery (Bradenton, FL) and the filler were both supplied by ProSys. From the discharge end of the tube filler/sealer, Combi supplied the conveyors from Hytrol (Jonesboro, AR) along with a gravity accumulator, a custom vertical tube elevator, a Model HL200 horizontal loader and the Model E2000 case packer. Cases are later sealed on Combi's Model TBS100FC case taper and product information is printed on the case with ink jets from Diagraph (Earth City/St. Louis, MO).

"We wanted to produce a better quality product than before and this filler helps us do that. Our fills are much more accurate than before, and the consistency of the product has improved," he points out. That's attributable to improvements in the product delivery system and fewer interruptions in filling. ProSys worked with the plant to design product pumping systems and manifolds to speed change-over. "These products pump like peanut butter, so getting sufficient product to the filler is a challenge," Wallace adds.

In operation, preprinted tubes are dumped into the bowl of the unscrambler. As they're discharged one by one, a turning bar ensures that all are oriented the same way as they feed to the force-fed loading mechanism on the filler. Tip first, four tubes are positioned horizontally where they can be pushed into the four-up pockets on the filler. The puck-like pockets keep the tips down and the bottoms up.

The intermittent-motion machine checks for alignment before the tubes cycle to the filling station where they receive the product. At another station, the metal bottoms are inserted. Then the tubes are raised up into crimping tools and rotated fast to crimp-seal the bottoms to the cartridge. Photoeyes check tube height, and as the pocket belt indexes downward at the end of the machine, pusher bars force the filled and sealed tubes from the pocket onto a flighted takeaway conveyor.

At the discharge station is the filler's operator who visually inspects the tubes as they proceed toward case packing. The conveyor carries the packs to a gravity accumulator that force-feeds the vertical tube elevator. "The key is to have accumulation of tubes before and after the elevator," says Pete Ballos of Combi. Once in the pockets of the elevator, the tubes are carried up and are deposited into one of three channels that feed the case packing station. These gravity feeders roll the tubes toward the packing point.

Fiber-optic sensors are extensively used at the loading and packing stations to keep the machine operation as smooth as possible. Should a tube channel have too few or too many tubes, the sensors will help the machine adjust or shut down the machine until balance is restored. Much the same is true on the filler: no tube/no fill, no tube/no bottom and unseated bottoms are all sensed.

Cases are erected by machine and fed to a reciprocating arm that lifts the case to the loading station. A 3x4 arrangement of tubes has been collated from the channels, and an arm pushes the 12 tubes into the case. The filled case is rocked back and placed onto the takeaway conveyor leading to the tape sealer. At the time Packaging World visited the plant, the ink-jet printers were also mounted on the sealer. Since then, Combi has added a belted conveyor section for the printers downstream from the tape sealer. This will improve the print quality by removing vibrations and make it easier to adjust print placement.

Along with completing its second packaging line, the plant has one other capital investment project on the table: improving its product processing so that it can increase the amount of product it can deliver to the filler.

"Speeding up the machines isn't important now. Right now, we're working to get our efficiency levels where we want them," Wallace concludes. Pratt & Lambert United is a leading maker of paint and specialty chemicals for both consumer and industrial markets. 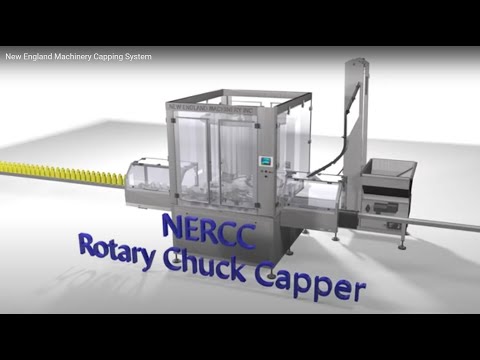 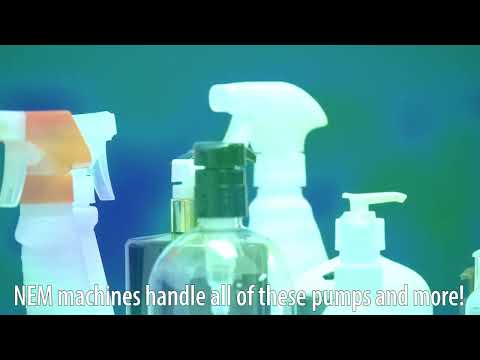 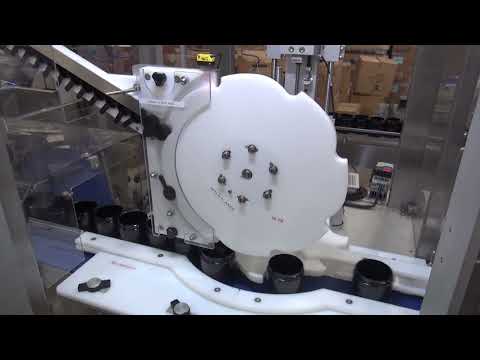 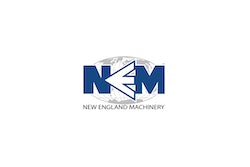 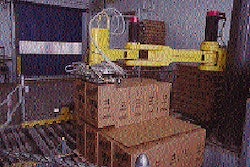 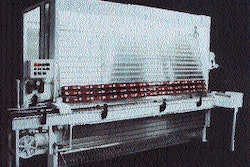