How does a $13 billion multinational food and beverage company keep Mexico apprised of packaging developments in Morocco?

If the company is Paris-based Danone Group (known in the U.S. as Dannon), part of the answer is "overlay managers."

Officially part of the marketing department, each of Danone's five overlay managers is responsible for a product group: yogurt, dessert, beverages, youth-oriented items and specialty items. A major responsibility is making sure that Danone marketers around the world be made aware of new processing and packaging technologies that might be successfully transplanted from one part of the world to another.

"Corporate headquarters is in Paris, but that doesn't mean France has to be the source of all the new ideas," says Markus Sandmayr, the overlay manager in Munich, Germany, who is responsible for the dessert category. "We try to look at the best practices and then apply them to other countries."

The migration of Danone's "tubes of yogurt" from North America to Europe is a good example of how this process works. Danone marketers in Mexico were the first to see an opportunity for this kids-on-the-go-type product, which comes in a flexible package formed from a foil lamination. It was launched in Mexico in 1996. According to Sandmayr, even the smallest one-room shops in Mexico have a refrigerated case from which to merchandise this refrigerated item. Selling for about U.S.56¢ per three-pack of 40-g tubes, the product quickly became a hit in Mexico.

The overlay manager responsible for products targeted at kids ensured that Danone units in other parts of the world were aware of the success of yogurt in the tube package. Now this package is produced in Germany and Poland, and it's marketed there as well as in Austria and Italy. Shown above is the product as it appears in the German marketplace.

Not every product or package concept is suitable for every country, says Sandmayr. A number of factors must be weighed, including the specific marketing strategy that Danone has developed for that country. Danone marketers also have to ask themselves if consumers in a specific country are ready for a new concept, and if their income levels can support it. The location of the packaging technology providers can't be ignored, either.

"A key concern is your ability to source a package," says Sandmayr. "If it's a completely new package concept and you can't source it from companies that are close to [your manufacturing plant], it's that much more difficult."

Sometimes a new source must be identified before a package concept can leap from one region to the next. That's what happened with the tube-packed yogurt. In Mexico, the product is packaged on a Prodo-Pak (Garfield, NJ) form/fill/seal machine. In Europe, however, Danone uses a Model SVL 16-24 stick-pack f/f/s machine from Hassia because that firm, based in Germany, is better situated to service the European market. Hassia is represented in the U.S. by Hassia USA (Morganville, NJ).

While discussing global packaging with Danone, Packaging World asked for an update on German biodegradable yogurt packaging and its potential for a global marketplace. Danone put much time, energy and capital behind a January '98 market test in Germany of its Jahreszeit line of yogurt in a biodegradable single-serve cup (see PW, February '98, p. 2 or packworld.com/go/danone). The cup was thermoformed from sheet made from polylactic acid (PLA) resin from Cargill Dow Polymers LLC (Minneapolis, MN).

That cup, PW learns, was withdrawn from the market in January '99. The German recycling scene was a key drawback. Even though the cup was biodegradable, German recycling regulations required that it be disposed of in the yellow bag designated for all plastic containers, rather than in the brown bag for kitchen scraps and other clearly biodegradable matter. Consumers did not understand why it was not possible to throw the biodegradable cup into the brown bag.

In launching the cup, Danone believed it could shift the recycling regulations so that the biodegradable cup could join other biodegradable materials in the brown bag. That never happened, says yogurt brand manager Daniel Boehi.

Boehi and Sandmayr both indicate that even though a biodegradable yogurt cup didn't survive, Danone may not be done with biodegradable packaging. Nor does Boehi rule out the possibility that it might be appropriate in other markets around the world, where rules and regulations are different.

"It depends on the capability of each country to make it work," says Boehi. "It's not easy, as we saw here in Germany." An essential first step, says Boehi, is an easily understood and reliable system of collection. And, he adds, resin cost must be at or close to parity.

"If those things could be worked out, the concept could probably work in markets worldwide," says Boehi. "But the packs have to be at the same price. The consumer is not willing to pay one cent more just to be a good citizen." 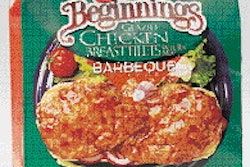 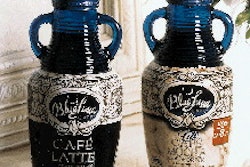 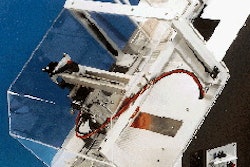 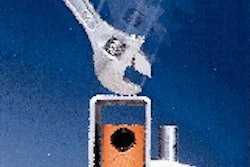