Stanley Tools houses a security label in a patented PVC capsule that clips onto the back of its tape rule package.

Laura Baginski
The patented PVC capsule that houses the security tag is manually slipped onto the tape rule?s belt clip. Because of an indentat

A man strolls into a hardware store, picks up a tape rule, rips off the packaging and hooks the tape rule to his belt. Now he looks like a contractor who walked in with the tape rule and can casually walk out of the store without arousing suspicion.

That crime was common practice in Home Depot stores across the country until the hardware chain looked into source tagging, or the placement of security labels inside a package. In fact, Stanley Tools tape rules, retailing at $10 and up, were the items most often stolen in the stores after batteries.

At first, Atlanta-based Home Depot's solution was to lock the product up in a glass case, but they felt that would limit potential sales. In 1993, Home Depot decided on a different loss-prevention strategy by implementing the Sensormatic (Boca Raton, FL) security system. Basically, it consists of Sensormatic's Ultra-Max magnetic strips placed on or inside packages.

Also essential are sensing towers at the store's doors. If a tagged item isn't scanned at the check-out counter, which deactivates the narrow band of radio frequency emitted by the tag, Sensormatic's 59"-high Pro-Max sensing towers near the store's exit sound an alarm. If two towers are set up at either end of the doorway, they are able to detect frequencies farther than 9', which is necessary at Home Depot's 8'-wide lumber doors.

Other systems could only detect as far as 6', says Ed Wolfe, vice president of loss prevention at Home Depot and co-chairperson of the Source Tagging Council, a forum for industry-leading retailers and suppliers interested in the advancement of source tagging. Several times each year, the council meets to share strategies and experiences with other companies who are involved in source tagging programs.

In November 1994, Home Depot gave notice to Stanley Tools and other vendors that they would be required to start shipping their products to Home Depot with electronic article security labels already affixed, Wolfe says.

Allen Pendergraph, senior packaging engineer at Stanley Tools, New Britain, CT, admits he was less than enthused about the idea. "Quite honestly, no one's thrilled about adding cost to a product," he says. "But it's a requirement of doing business with this customer, so we honored the customer's request." Pendergraph wouldn't quantify the added cost.

Tag in a capsule

Stanley Tools went about honoring Home Depot's request in a rather unusual way. It couldn't simply put the Ultra-Max tag inside the package because they were concerned about the tag's effectiveness when tag and metal are in close proximity. Nor could they affix the tag to the outside of the package, which is a PVC blister--with die-cuts allowing shoppers to test the tape rule--heat-sealed to paperboard. "If somebody tears off the package or peels off the tag, your best efforts have gone down the tubes," Pendergraph says.

So the package development department at Stanley developed a two-piece, 20-mil PVC capsule radio-frequency-sealed to hold the tag. The thermoformed capsule also has a narrow slit that hooks right onto the tape rule's belt clip, which hangs out the back of the package. Stanley received a patent for the 2.5"x3" capsule in February 1999.

Pendergraph says Stanley is currently looking into automating the process of snapping the capsule onto the package, but because Home Depot currently is the only retailer asking Stanley to add security tags, he doesn't envision it being a high-volume tagging operation.

Although the tape rule's belt clip slides easily over a formed indentation in the capsule, it won't back out. consumers, therefore, are hard-pressed to take the capsule off the package once they get the tape rule home. "Consumers basically have to chop off the capsule to open the package," Pendergraph says. "Right now, it's meant to be a total anti-theft device--it's 'packaging from hell.' I get more complaint letters on this than anything else. It's very thief-unfriendly, but also very consumer-unfriendly."

Pendergraph goes on to say that Stanley is in the process of putting together instructions on the package that would more clearly tell consumers how to open it.

The wave of the future

Attendees at a recent Source Tagging Council meeting (including representatives of big-name retailers like Kmart, Wal-Mart, Home Depot and Musicland) agree that source tagging is the wave of the future. "Source tagging is emerging rapidly just as the bar code did" years ago, said Paula Hutchings, manager of operations at Wal-Mart, at the January 1999 meeting. "And just as the bar code became the industry standard, source tagging will become the industry standard, as well." Wal-Mart is currently holding vendor workshops to implement its source tagging program, which is something Home Depot has started doing, too. Home Depot's Wolfe says the workshops are the best way to introduce source tagging to manufacturers rather than "strong arming" them into it. "When we are not clear with our expectations and program requirements, vendors tend to resist the program," he says.

According to Sensormatic, more than 1꼀 consumer goods manufacturers worldwide are using its anti-theft labels in their products. There are also a large number of manufacturers using other source tagging technologies (see Packaging World, March '97, p. 68 or packworld. com/go/walgreens).

"Even if [retailers] have detection pedestals at the front end, and the store associates are supposed to be tagging, you might find the [products] were not tagged at all--they were left unprotected," she says. Tagging at the source of manufacture, she says, "addresses that by ensuring good tagging compliance and proper label placement on a continual basis."

Stanley Tools is quickly becoming aware of the source tagging trend. Home Depot has recently informed them that Stanley's Intellitools line of electronic measuring tools, another high-shrink or frequently pilfered item, will have to be source tagged, Pendergraph says. Stanley ordered the first of the Sensormatic tags in February to be sent to Hong Kong, where the Intellitools are manufactured. This new project will not include Jay Packaging's thermoformed capsule, as the Intellitools have a package into which operators can easily drop the security tags.

Although Stanley has had to invest quite a sum of money into source tagging, Pendergraph doesn't grumble about it, at least not too much, because he understands the benefits of securing the Stanley products. "What we gained is the ability to not have our product locked up in the store. And sales statistics show that when your product is easily accessed and placed in multiple locations in the store, you sell about seven to 10 times as much as a product secured in a lock-up," he says. "We don't have any firm statistical analysis on how it's benefitted us, other than we know these products are selling well with the customer, and business is good. Source tagging is a cost of business, that's the way we look at it." 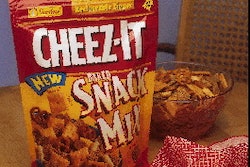 Standing up to the competition 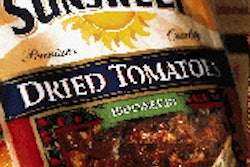 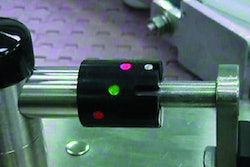